Skip to content
Report This Article
What is the issue?
September was a bit of a slow reading month for myself (probably because I had a birthday and had to spend an obligatory week doing nothing but panicking, contemplating my own mortality, and stewing on all of those life goals I was supposed to accomplish by now). OH WELL. Next month will be better, I promise-ish.

1. We All Looked Up by Tommy Wallach 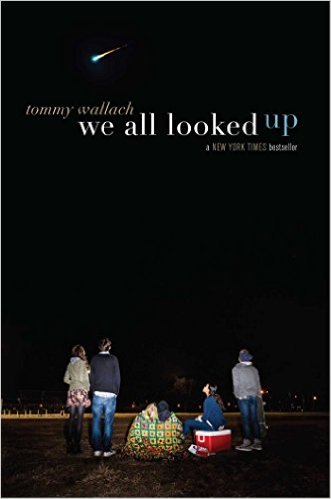 In his debut novel, Wallach explores the lives of four high schoolers after they learn that an asteroid is heading towards Earth, and they’ve only got two months to live. The four main characters fall into the standard stereotypes of high school: the athlete, the slacker, the overachiever, and the slut. However, despite this rather (for me) cookie-cutter framework of characters, the book is anything but cookie-cutter. The story gives you a glimpse into the many different ways you can imagine people would react to learning that everyone’s about to die. Some leave town to be with family, others try to go on with life as if nothing’s different, and others resort to varying levels of anarchy.

One of the really unique things that I LOVED about this book is the soundtrack. That’s right, there’s a soundtrack. Wallach is also a musician and composed original music to accompany the novel, so when a character writes a song in the book, you can actually listen to the song. The whole novel was an experience that I highly recommend. 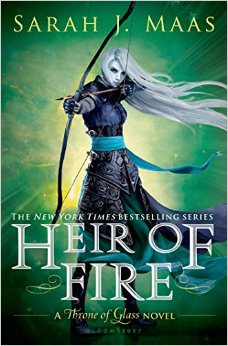 This is the third installment in Maas’ Throne of Glass series, so I can’t go into too many details, because SPOILERS. Buuuuuuut, it’s a high fantasy series that follows a female assassin as she kills people and stuff (she’s an assassin so that’s not really a spoiler). There’s magic, creepy witches, fairies, monsters, an evil ruler who’s bent on destroying the world as they know it, basically everything you need for a solid high fantasy series.

While I would say that the first book in the series was my least favorite (but still really good), this series is just getting better and better. Maas is steadily digging in deeper to all of her characters and expanding exponentially on the world-building. I already have her next (and most recent) book in the series, but I’m holding off on reading it because I know I’m going to be massively bummed when I finish it and have to wait a year for the next one.

3. The Fountainhead by Ayn Rand 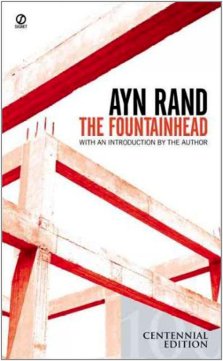 This mammoth of a book follows several characters in the New York architectural world of the 1920s and 1930s. There’s Howard Roark, an aspiring architect with unique and uncompromising visions; Peter Keating, an architect who’s basically the opposite of Roark and rises to success quickly by following the status quo; and Dominique Francon, the independent daughter of a famed architect and rather pessimistic observer of the successes and failures of those around her (among other things).

Whether or not you agree with Ayn Rand’s philosophies, everyone should take the time to read this book. The characters are compelling and Rand has a way with words that draws you right into a sprawling narrative on ambition and individuality.