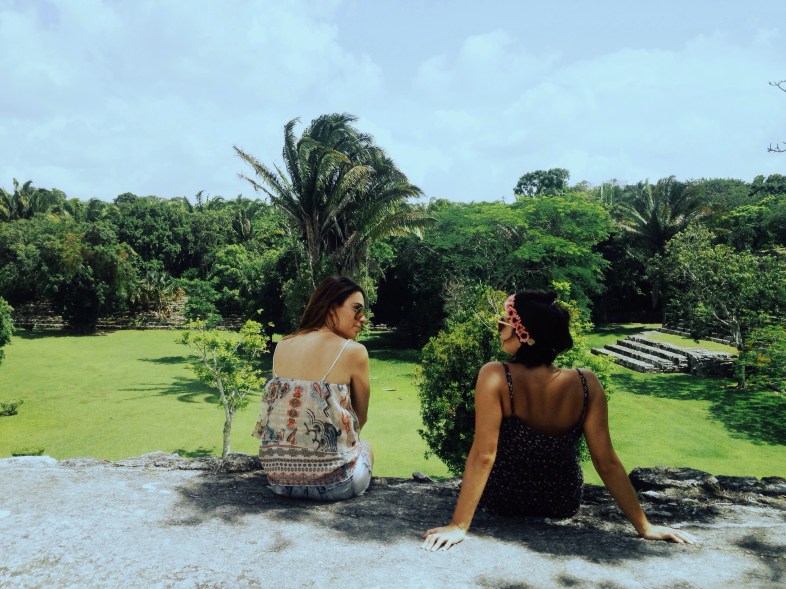 1. You often only get halfway through any fun anecdotes, because by then you remember that your friend was actually there when it happened.

2. …And then, of course, they also remind you that you’ve tried telling them that story at least five times in the past.

3. You spend entire days together and pass most of that time in silence, because their company is enough to keep you entertained all day.

4. Then, as often as you’re in perfect harmony, the two of you are bickering about the minutest details, like which Olsen sister is older, or which year “Crank That (Soulja Boy)” came out.

5. You know exactly what they’ll want on any given menu, and can often order for them with complete confidence that they’ll be happy with your choice.

6. And when they decide to be adventurous and try something different, you’re always hesitant, because you know how dairy upsets their stomach, and you’re not really interested in dealing with an upset BFF for the rest of the day just because they wanted to branch out and try the corn chowder.

7. You’ve accepted each other’s odd quirks as is, and often find yourself explaining to strangers that “it’s just something they do, you’ll get used to it.”

8. You’re always up-to-date on each other’s medications / health issues, and can tell when one of you is slacking on the allergy medicine, because of a slight puffiness of the eyes that’s undetectable to anyone but you.

9. You can sense the tiniest shift in their mood when out with other friends, as well as know all of the hot-button topics that require you to extract them from the situation before they go on a full-blown rant about why Rihanna is far superior to Beyonce.

10. The two of you could beat any of your couple friends in The Newlywed Game hands down. No one stands a chance.

11. You don’t require much to make each other happy. Gone are the days of planning a date night two weeks in advance! You’re both totally cool just doing the same old, same old for the thousandth time.

12. All future plans include them by default. Whenever other people start suggesting cool activities you can all do, you’re always piping in that your best friend is busy that weekend, so you’ll both have to pass.

13. You’ve passed entire afternoons looking through old photos and reminiscing on the good old days. Look how everyone’s grown! We’re getting so old!

14. They know to remind you about that event you’re both going to exactly four times, including two hours before you’re supposed to leave, because you’ve forgotten about those things so often that they consider that to be your “Classic Move.”

15. You’ve seen each other at your best and at your worst, and you’re at the point where they can come over to your place absolutely whenever, because you really don’t care that they’re going to see you with unwashed hair, tattered sweats, and a messy apartment; they’ve seen it all before.