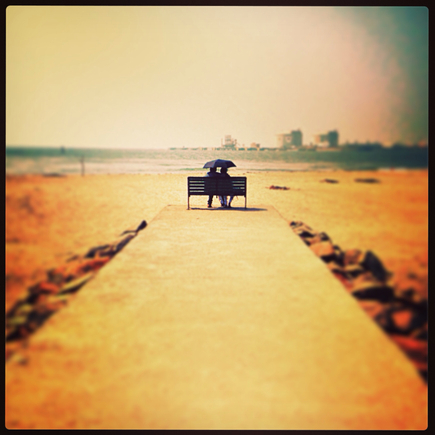 1. Wine night = every night. You used to have to plan those miraculous nights in advance, but now one of you just brings home a bottle, and BOOM. WINE NIGHT.

2. You save money on a gym membership because your abs get a daily workout from laughing.

3. There’s no need to ever go out and party, because life’s a giant party when you live with your best friend.

4. You have a built in therapist on standby, and they know you better than any therapist ever could.

5. The worst days always end on a positive note, because it always ends with the two of you recapping your horrible days over a glass of wine, and then everything just seems a little more bearable.

6. They’re a master at setting you up on dates, because they know EXACTLY what you like, and who you’ll get along with.

7. You never have to end a night out alone, because your best friend is guaranteed to come home with you.

8. You can struggle through hangovers together. That hangover from hell is made infinitely more bearable when both of you can huddle together on the couch and watch horrible rom coms until you can bear venturing outside into the blinding sunlight.

9. You don’t have to set aside a weekly brunch to catch each other up on all the gossip in your life, because you tell them everything the moment it happens. And you do. Constantly.

10. They’re there for important chats, regardless of the hour. A terrifying life crisis woke you up at 3am? Not a problem, just go crawl into bed with the bff, and talk it out.

11. “Oh my god, we should hang out soon!” isn’t something you ever have to say to each other. If anything you’re telling each other “we should probably spend a little time apart soon.”

12. Your obsessions are their obsessions. Even if they hate it initially, by simply being around you all the time, they quickly fall down the same Real Housewives spiral that you’ve descended into.

13. TV nights are sacred. You have a handful of shows that the two of you must watch together, and they’re made ten times better because you enjoy them together.

14. They’re a maximum of ten feet away anytime you need to decode that text that’s totally sending mixed signals, cutting your anxiety levels in half.

16. You can read one another better than ever. Now that you live together, you can decipher the smallest changes in each other’s mood before they even have to mention anything. It cuts the number of arguments in half, easily.

17. You can be honest with them, no matter what. Whether the outfit they’re wearing is a little too experimental or they’re irritated that you haven’t taken the trash out in two weeks, neither of you have any problems bluntly bringing problems up. Passive aggression is a thing of the past.