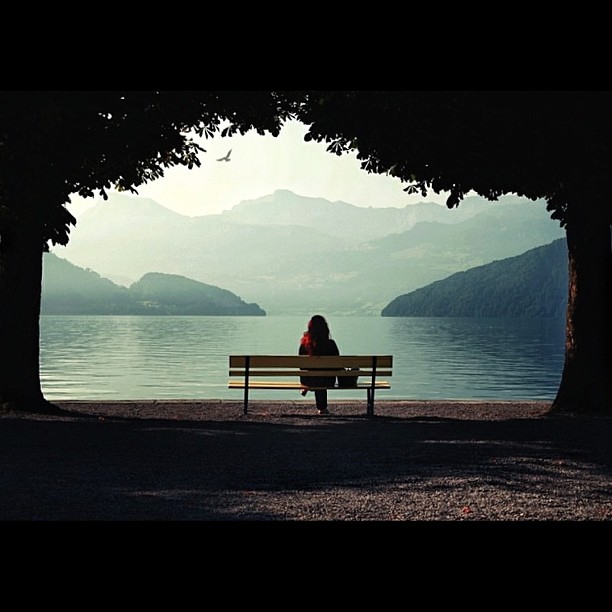 1. “As a kid, I hated garlic, and refused to eat anything with garlic in it. I was in college when I finally gave it a chance, and it was like a miracle exploded in my mouth. I regret every moment that I could have spent eating that wondrous food.” –Sara, 23

2. “Not asking a friend of mine out. We got along really well, but I was too scared to mess up our friendship. Now she lives across the country, and I rarely talk to her. I should have just gone for it.” –Mark, 27

3. “I should have told more people that I loved them and often. I was such a closed-off person well through my thirties, and looking back, that was very foolish. It’s such a simple thing to let people know that they’re loved and appreciated, but it makes all the difference to them.” –Jean, 68

5. “During one of the breaks between Game of Thrones seasons, I googled spoilers from the books. I knew immediately it was a mistake, but couldn’t stop reading. I’ve ruined my favorite show.” –Dylan, 20

6. “In my early twenties, I was in a relationship with this girl for like three years. By the second year, we were having some real issues, but we kept trying to work things out. Long story short, we couldn’t make things work, and we both cheated on each other. If we had read the signs when they first appeared, we could have saved ourselves a lot of trouble.” –Jake, 30

7. “I half-assed my way through high school Spanish, and now I actually need it for the job I have. Oops.” –Luke, 25

8. “I worked too much. I was so concerned about making sure my wife and I would be financially stable through retirement, that I missed out on a lot of stuff. Now, we’re more than comfortable in retirement, but I missed countless recitals and football games, and don’t have a strong relationship with my kids.” –Frank, 75

9. “I ate these leftovers a couple months ago. I couldn’t remember exactly when I got them, but figured I would be fine. Ended up shitting lava for three days.” –Cyrus, 23

10. “When I was in middle school, one of my friends would tease this quiet kid in our class. I never egged my friend on, or contributed directly to the teasing, but I never had the courage to stand up to my friend and tell them to stop either. The kid is a successful business owner now, and appears to be doing well, but it still eats at me all the time.” –Max, 35

11. “Not travelling. There was a point right after college when I had enough spending cash that I could have bought a plane ticket somewhere, but instead I got a nicer TV and some other dumb shit. It was so stupid. The TV wasn’t even that great.” –Josue, 37

12. “I regret not swallowing my pride and apologizing to my dad when I had the chance. He passed away a year ago, but I hadn’t seen him for a good three years before that. If I had just let my petty grudge go, I could have had so much more time with him.” –Roger, 32

13. “I wish I had learned the piano! I’m trying to learn it now, and I’m seriously struggling. If I had just taken lessons when I was five like my mom wanted me to, I could be a master by now.” –Abbi, 22

14. “I took a job I knew I would hate because the pay was halfway decent. I was miserable the entire time I was there, and could have been finding a job that actually made me slightly happy.” –Russell, 40

15. “I had tickets to see Amy Winehouse, but sold them to study for a midterm. The class wasn’t even a graduation requirement.” –Penny, 28

16. “I did that super cliché thing of getting a tattoo of my boyfriend’s initials. Now he’s my ex, and I have to explain to everyone why I always have a Muppets band-aid on my ankle.” –Arielle, 24

Read this: 23 Times Nick Miller Completely Understands Life As A Twenty-Something
Read this: 27 Tinder Messages That Will Definitely Get You Laid Every Single Time
Read this: 17 Signs Your Hermit Lifestyle Is Getting A Little Out Of Hand
Inspirational Love & Sex Quotes Writing & Expression