Skip to content
Report This Article
What is the issue?
There’s no proper way to grieve, and while most people accept that, it’s still eerie for some people to watch their guarded friend appear completely fine after a devastating break up. You want to see your friend break a bit, so that you can help them put the pieces back together, but it’s not that simple. Guarded people grieve just as much as the next person, they just do it a bit differently. 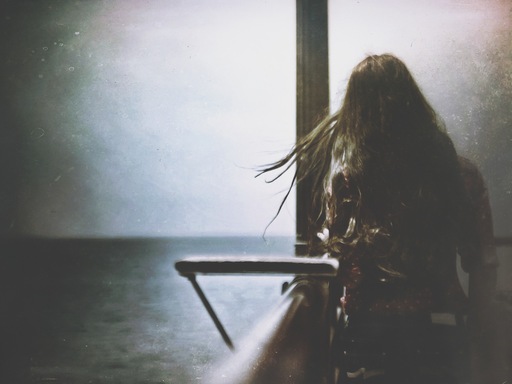 This is our go-to response for anytime someone approaches us with any variation of “How are you doing,” regardless of how we’re actually doing. Yes, we just broke up with someone two hours ago, and yes we’re crumbling inside, but we need our own time to process what’s happening, because, UGH. Emotions. We just really don’t know how to deal with those things.

Again, big shock, we’re not fine, but we still don’t feel comfortable sharing the details of our emotional well-being with everyone who asks “how we’re holding up after that break up.” In telling everyone that we’re 100% completely fine, we’re not only lying to you, we’re lying to ourselves, because we’re desperately hoping that if we can fake it until even we believe it, then maybe we will be fine, and won’t have to deal with those pesky emotions.

We’re getting angry. Angry at you for prodding, angry at ourselves because we shouldn’t be angry at you when we know you’re just trying to help, angry at our ex for breaking our heart. But mostly, we’re furious at our heart. We let someone into our life, and our heart slowly opened itself back up, made us vulnerable, and now here we are, hurting all over again. We let ourselves hope that this time wouldn’t be like the last time, but here we are.

We’ll bring up the ex in conversation, joke and laugh about them, trying our best to keep our best-hidden secret: each time we utter their name, the wound opens a little further. But we joke so that you think we’re healing.

We’ll tell you that we’re totally ready to start dating again. We want to go out to bars and meet people. The single life is awesome! We’re completely over our ex! That nasty break up is in the past! It’s denial in its purest form, but we don’t care. Denial > feelings.

We can only lie to ourselves for so long. We’re not ready to joke about the ex, or be single again. And we’re hitting that point where we can’t really ignore our nagging feelings any longer. From the moment our status returned to “single,” we’ve been working on locking our emotions away in a tiny, indestructible box, where we would never have to see them again. But the box wasn’t indestructible enough, and it’s bursting at the seams, so instead, we lock ourselves away, and wait for the waves to buffet us over and over again.

You haven’t heard from us for a while, with the exception of a few sporadic texts to ensure you that we’re still alive. We’re alive, but finally wading through all of those “emotions” people keep talking about. Give us time.

We’re finally emerging from our feelings cave, and starting to feel more like ourselves again. There’s no way we’re going to tell you what we’ve actually been doing (drowning in a puddle of tears, watching and rewatching Terms of Endearment), so we’ll give you some lame excuse that we all know is fake. Just go with it.

The jokes are real this time, and we don’t completely hate the idea of going to a bar on Friday night. We’re not going to be looking for any kind of real relationship for a while, but prospect of meeting new people and being single doesn’t sound absolutely horrible.

We can say the ex’s name without wincing now, and we’re finally starting to see them grow distant in our rear view mirror. The pain accompanying their memory is still present, but it’s bearable.

We’re really okay. Finally. The scabs have healed, and sure, there will always be scars, but we’re okay.

Read this: What Guarded People Are Trying To Tell You Vs. What They Actually Say
Read this: 19 Unconventional And Silly Things You Can Do To Feel Better
Read this: 15 Horror Movies For People That Have Seen Every Horror Movie
Love & Sex Writing & Expression