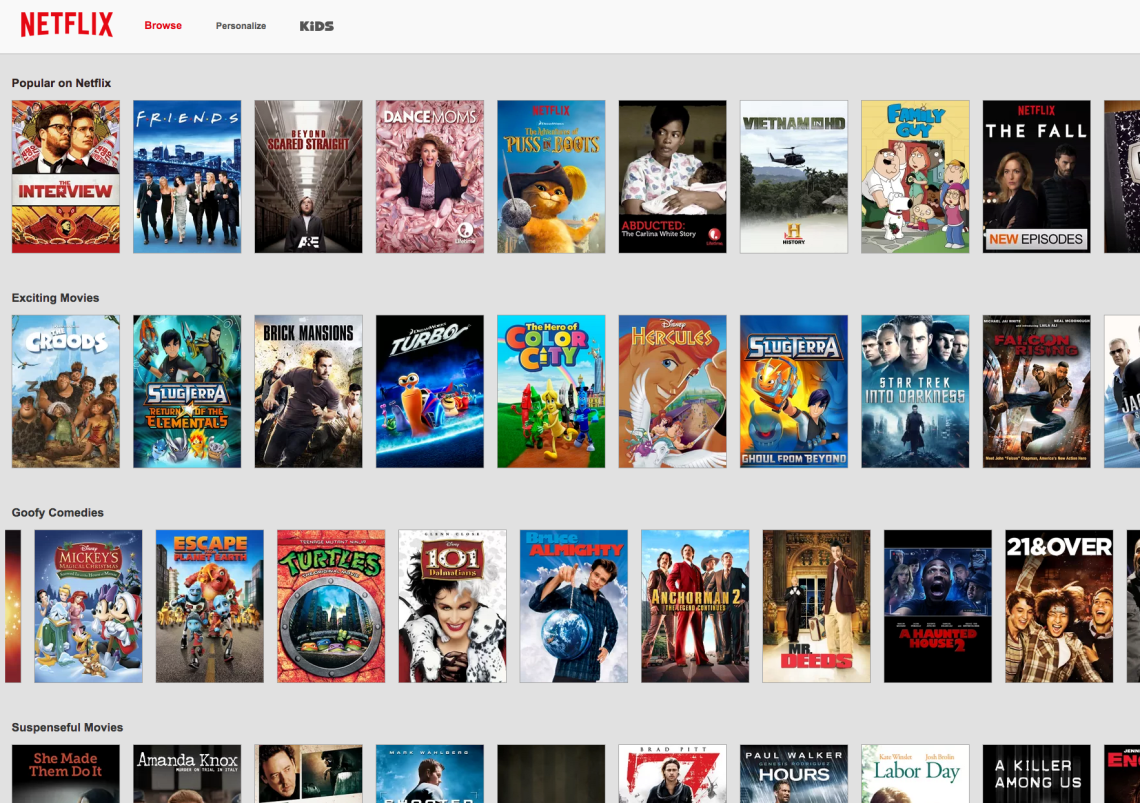 1. You feel like you’re cheating when you watch HBOGo or Showtime Anytime.

Your finger hovers sheepishly over the HBOGo bookmark on your browser. Netflix has been so good to you, but the new season of Game of Thrones is starting, and you can’t not watch it. I’M SORRY, NETTY. I HAVE NEEDS.

2. You can reveal your deepest, darkest secrets without fear of judgment.

Netty knows about your secret Hoarders obsession, and instead of mocking your questionable taste, simply recommends similar programs. That’s love.

3. You sleep better with Netflix by your side.

Really, the only way you can fall asleep at all is with Netflix cuddled close to you, playing the sweet, sweet lullaby of Friends. Without Netflix, the bed just feels… empty.

4. It’s always there when you need it.

Having a bad day at work? Sneak some Netflix viewing on your phone while “using the bathroom.” Basically, as long as there’s some form of Internet connection, Netflix will be there to heal all your wounds and keep you company.

5. Communication is at an all-time high.

6. You miss Netty when you’re not together.

When you’re at a business lunch, your mind wanders to that sleek red screen. As you wind through the aisles of Trader Joes, you can’t help but marvel at the many facets of Netflix’s selection. Everywhere you go, Netty sits in the back of your mind, a security blanket that you can’t wait to get home to.

Netty witnessed you laugh until you peed while binging on 30 Rock and didn’t leave your side when you realized you had finished all the available seasons of Sherlock and broke down sobbing. Did it run out of the room shouting, “I CAN’T TAKE THIS ANYMORE, YOU NEED THERAPY!” like my ex-boyfriend did? No, it’s still there.

Don’t forget I’m just a girl, standing in front of a laptop, asking it to love me.

Other people: “Mike just got a promotion at work!”
You: “Wow, that’s great! I don’t know if you’ve heard yet, but House of Cards and Orange is the New Black were nominated for Emmys this year, and Kevin Spacey just won a Golden Globe for his role as Frank Underwood. Netflix also just renewed a contract with BBC and added Friends to Instant Streaming. It’s really exciting stuff, I’m just so proud.”

10. Sometimes you get into minor arguments that lead to huge, air-the-dirty-laundry feuds.

“What do you mean you’re buffering? You know I have just enough time for one episode of Parks and Recreation before I have to leave. If you don’t finish buffering I won’t have time to watch it!”

“I’LL NEVER FORGIVE YOU FOR TAKING DOWN THE EARLY SEASONS OF LAW AND ORDER: SVU. NEVER.”

11. But soon enough the two of you will make up and be better than ever.

“I’m sorry, Netty. I lost my temper. It’s my fault. I need to upgrade my Internet service.” The two of you end up in bed having a passionate, make-up binging session.

12. Your parents have accepted your choice.

Instead of asking if you’ve met anyone special, they now check in to see if you’ve watched the newest season of House of Cards.

You start seeing wedding themed shows on your List, even though you’re sure you didn’t put them there. You get it. Netflix adding David Tutera’s My Fair Wedding to your List is the equivalent of a bridal magazine on the coffee table.

14. You remember the exact day you got your own Netflix account.

“It was a cold, rainy day, and I knew I was going to have a shitty night. I had gotten off work late, and dinner was microwavable sirloin steak with gravy. All I wanted to do was clear my head with some television, and that’s when I saw it. An ad for a free trial of Netflix. It was at that exact moment when I just knew. Netty was The One.”

15. Wedding vows have never felt so right when spoken to Netflix.

“To have and to hold, from this day forward, for better, for worse, for richer, for poorer, in sickness and in health, until death do us part.” I DO, NETFLIX, I DO.