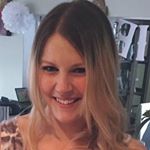 When I was in the eighth grade, I got really into the eighties (even though it was 2004). 13 Going on 30 had just come out that year, which I believe is what sparked this brief love affair, but in any event, I officially thought that eighties fashions were the coolest. The bright colors, the layering, the bold prints–I loved it all.

Unfortunately, as a Catholic school kid, I was destined to a life in uniform (Mondays through Fridays from 9:00 am to 2:30 pm), so sadly, I could not partake in my beloved eighties trends as much as I would have liked. However, at my grammar school, you were allowed to dress down on your birthday. And so it was, that on March 13, 2004, I got dressed in the morning (with the help of my older sister, a fellow fan of eighties fashion) in an outfit that would have definitely earned me a spot as one of the Six Chicks: a black and white striped off-the-shoulder sweater, bright red skater skirt, black leggings, white leg warmers, and black and white Converse sneakers (but like, the Payless, knock-off version.)

I loved that insane outfit so much. I should, however, mention that I hated attention at the time (and still only enjoy it selectively). Generally, I was very happy to blend in and fly under the radar. But I was so excited about how much I loved this outfit, that I hadn’t really given that much consideration as to how school would go that day. I do remember heading out the door in the morning and my mom telling me how “brave” I was, which should have tipped me off that maybe this wasn’t the best idea. (As most women know, “brave” means: “Yikes, I would never in a million years, but you do you, girl!”)

Still, I walked to my bus stop with a spring in my step, feeling like a straight up queen. And then I got on the bus, and the boy I’d had a crush on all year told me I looked like Santa Claus. It was devastating.

When I got to school, it was more of the same. Some compliments from friends who assured me my ensemble was the bomb, of course, but also a healthy share of weird looks, head cocks, and less than friendly comments. I couldn’t wait to go home and change. I felt a weird anxiety over sticking out like a sore thumb/looking over-the-top/trying too hard. I couldn’t pinpoint the feeling at the time, but in retrospect, I think I felt like I was being perceived as “extra”.

Urban Dictionary defines “extra” as: “When one tends to show off, in need of desperate attention seeking behavior.” Not the most flattering definition, which is probably why when you hear someone say something like, “That girl is so extra”, you can safely assume it is not meant as a compliment. We use “extra” to describe people who appear to be trying too hard, doing too much, or being too showy. But are these necessarily bad things? When and how did we as a society decide that it was of the utmost importance to never look like we’re trying too hard or putting in too much effort? Isn’t that sort of limiting, to put these invisible restrictions on ourselves and our behavior for fear of how we’ll be perceived? Who exactly made this decision that trying hard is something to be ashamed of, and why are we all so complicit in it?

Okay, yes, when someone is clearly acting out or making a crazy spectacle because they’re desperate for attention, it can be annoying and/or downright obnoxious. But isn’t it also possible that some of the people who are traditionally labeled as extra because they’re very enthusiastic/very loud/dress very flashy are not this way because they’re desperately craving attention, but rather because it makes them happy and they’re just feeling themselves, and not really caring about how others perceive them? Who am I to judge someone for being bold and living their best life?

I’ve read in a few different places (and I don’t remember exactly where, so bear with me as I’m paraphrasing here) that when we notice a trait about someone else that bothers us, it’s very likely that it’s either because it’s a flaw that we ourselves have and wish we didn’t, or because it’s a quality that we lack but secretly wish we did have, and our subconscious jealousy or bitterness manifests itself by labeling that quality as “bad” so that we’re more at peace with lacking it. So maybe we judge people who we perceive as extra because it’s easier for us to judge them or poke fun at them than to admit that, on some level, we wish we were bold enough to take the sorts of risks we see them taking, or to act in the sorts of enthusiastic, over-the-top, unabashed ways they often do.

Playing it safe and flying under the radar is definitely a great way to protect yourself from unwanted attention, ridicule, or judgment. It’s also a great way to protect yourself from taking any sort of risk or leap of faith. But if we’re not taking risks, trying new things, and pushing ourselves outside of our comfort zones, are we ever really allowing ourselves to evolve? And if we’re not evolving…what are we doing?

Maybe these “extra” people are onto something. Where’s the fun in dulling your own sparkle over fear of looking like you try too hard or care too much? Wouldn’t you rather live your life trying lots of different things, taking big swings, maybe failing spectacularly sometimes, maybe having people talk about you sometimes, but at least knowing that you really went for something and gave it your all, as opposed to playing it safe, nothing lost, nothing gained? Maybe we could all stand to be a little “extra.”

Merriam Webster defines “extra” as: “more than is due, usual, or necessary; superior.” I much prefer this definition to Urban Dictionary’s (and Merriam Webster seems a bit more credible anyway). So from now on, I’m going to strive to be “extra” in the Merriam Webster sense of the word. To take big swings and to put 110% effort into everything I do, even if that effort is more than is due, usual, or necessary. To live boldly, unabashedly, without concern over how I’m perceived by others. And to wear that ridiculously insane, over-the-top, eighties-themed outfit–just because I feel like it.

Joanna Erickson is a graduate student, working gal, and writer living in New York. She has a fondness for traveling, ...

The Color Of Beauty Is Hard To Imagine: Growing Up Black In A White Community

I’m A Black Writer, So Why Are My Characters Always White?

My Mother Was Born Rich, I Was Born Poor, Then I Got Rich

This Is What White Privilege Actually Is