By Jim Goad Updated March 22, 2021
The day he entered San Quentin for murdering his wife and son, Scott Peterson received three dozen phone calls from female admirers and a marriage proposal from an 18-year-old girl. The question is—WHY? ‘Hybristophilia’ is a recognized mental condition where someone—most always a woman—gets intense sexual arousal from a man who’s committed notorious crimes.

Most modern women would agree that they want a man who’s sensitive, empathetic, generous, selfless, and gentle. 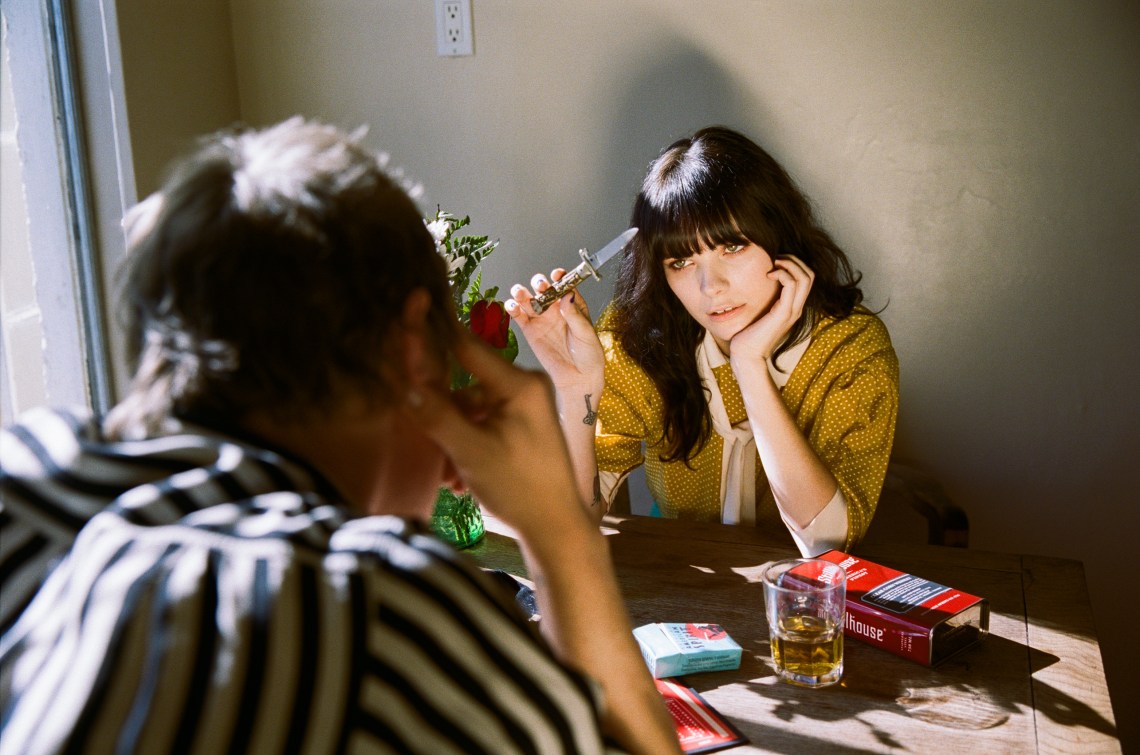 So why is it that every time a man gains infamy for unimaginably brutal crimes of rape, murder, and torture, women are knocking down his prison cell trying to put a ring on his finger? What in the name of frickety-frack is the deal with women who not only send letters to notorious killers, they fall in love with them and sometimes marry them? The more heinous the crime, the more likely an inmate is to receive fan mail from women. “Our high notoriety inmates get the most interest,” said Lt. Sam Robinson, spokesman at San Quentin Prison “I have tried to figure this out, but I don’t have an answer.”

“Hybristophilia” is a recognized psychiatric condition in which a person—usually a woman—experiences strong sexual desire for a man known for crimes that society considers repulsive. The “-philia” comes from a Greek word meaning “love for,” while “hybristo-“ is derived from Greek verb meaning “to commit an outrage against someone.” It is also known as “Bonnie & Clyde Syndrome.” 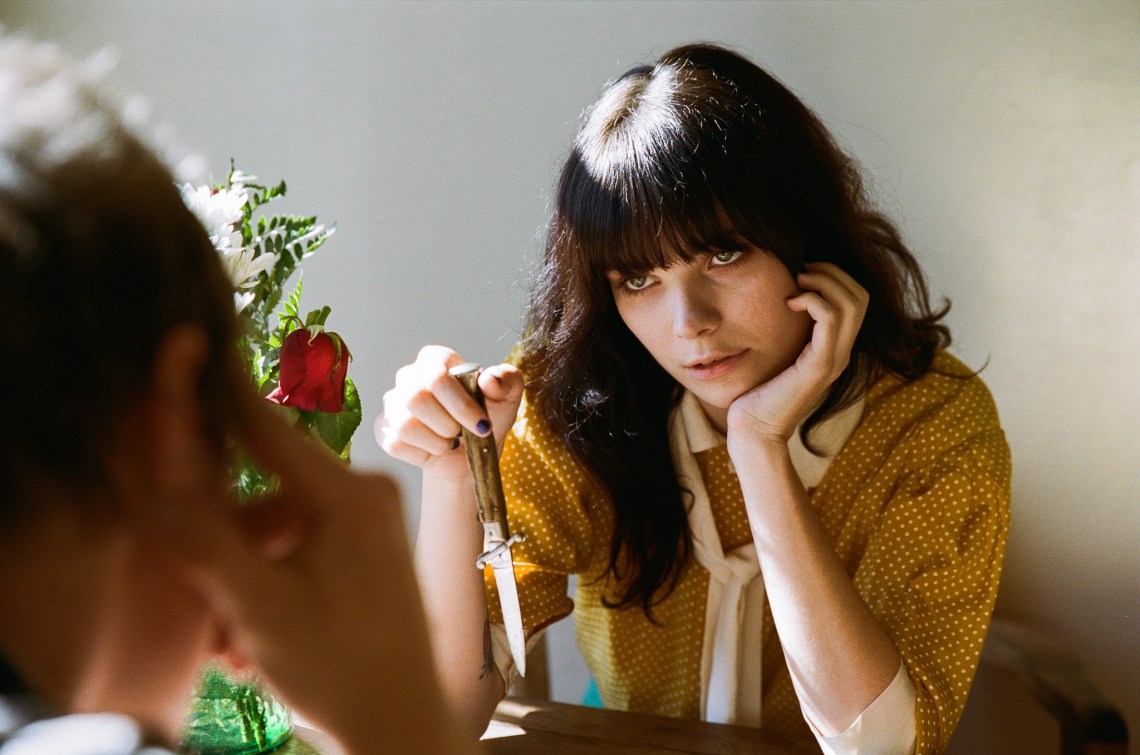 The condition can manifest in passive or aggressive forms. Passive hybristophiliacs avoid crime and usually cultivate a safe relationship while their lover boy is tucked away behind bars. They tend to delude themselves into thinking that their Death Row fiancé is entirely innocent, and even if they don’t, they’re certain he’d never harm them. Their attraction is more of the nurturing type in that they feel empathy for the lonely and wrongly accused little boy trapped behind bars.

Aggressive hybristophiliacs are fully aware that they get wetter than a floor mop at the idea of a violent, murderous thug. They often are complicit in their lovers’ crimes and will even help them hide bodies or destroy evidence. 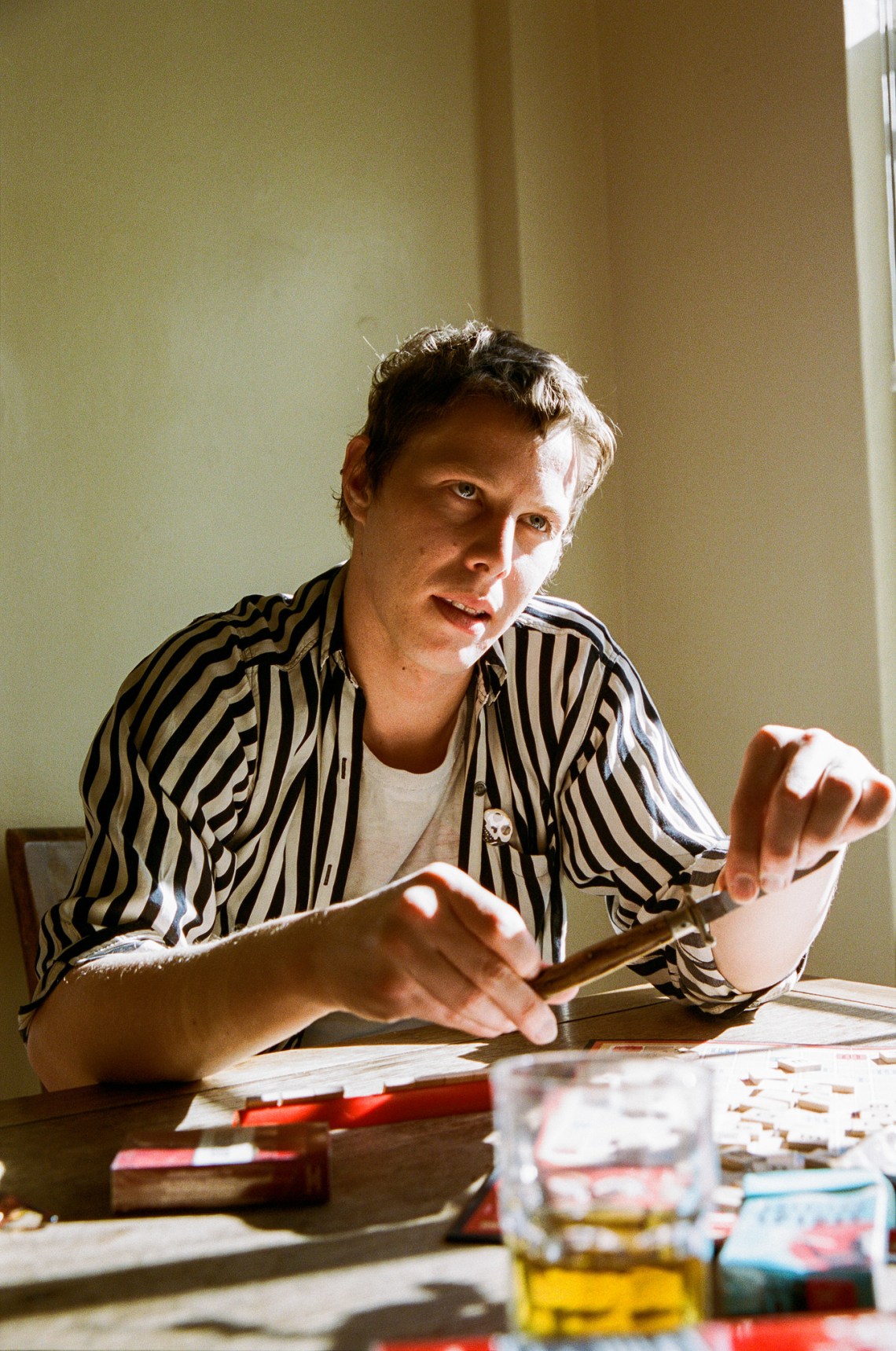 Hybristophilia is recognized as a potentially lethal disorder. The book Dream Lovers: Women Who Marry Men Behind Bars details the sad case of two Australian women named Avril and Rose who abandoned their long-term marriages because they were “boring” and fell in love with two convicts—a thief and a man who’d killed his previous wife. A week after being released, Avril’s lover (the thief) beat her to death with a hammer. And Rose’s boyfriend—about whom she boldly proclaimed “I have no fear”—was sent back to the pokey after trying to cut off her ear and yank out her teeth with pliers.

Psychologists offer an array of speculations for what causes the disorder. A running theme is that in a world where men’s roles and value are diminishing, the serial killer triggers ancient instincts and represents a sort of heroically promethean being, the alpha caveman whose prowess at brutality demonstrates he’d be able to protect a woman and her offspring. Although “nice guys” may seem desirable in a high-tech world, they wouldn’t provide much protection when there’s a saber-tooth tiger at the door.

Sheila Isenberg, author of Women Who Love Men Who Kill, says that the women are drawn to men who are bold enough to act on their rage:

Even while she denies his culpability, it is his ability to murder that attracts her. He acted on his rage, however unsuitably. [The woman] could never act on her rage. So [his] murder is [her] murder.

Forensic psychologist Katherine Ramsland relates some of the reasons that hybristophiles have used to explain their motivation:

Some believe they can change a man as cruel and powerful as a serial killer.

Then there’s the notion of the “perfect boyfriend.” She knows where he is at all times and she knows he’s thinking about her. While she can claim that someone loves her, she does not have to endure the day-to-day issues involved in most relationships. There’s no laundry to do, no cooking for him, and no accountability to him. She can keep the fantasy charged up for a long time.

According to Dr. Joan Harvey, psychologist at Newcastle University, hybristophiliacs may have good intentions, however misguided:

Many people who visit prisoners believe they are there because life has not been kind to them, that it might not be entirely their fault. They may be the do-gooder type, touched by the image of the lonely victim in his prison cell. But if they really wanted to help, they might do well to pick someone who could turn themselves around with a bit of support and self-esteem. With a serial killer, you aren’t going to do any good….They want to engage the pathetic creature in a jail cell. They are not engaging the monster.

British handwriting expert Diane Simpson, who worked on the Peter “The Yorkshire Ripper” investigation, describe some of the women drawn to him:

The women who write to him do tend to be very lonely. Many are religious, many believe they can somehow reach this person, and with God’s will get him on to the path of righteousness. Each of them believes she has reached him, that she is something special. When he writes, ‘Thank you for looking behind the headlines’, they believe they’ve touched his psyche, that maybe he’s repented. What is scary is when you hear women say, ‘Well, he wouldn’t have hurt me.’ He would.

In other words, he’s the perfect boyfriend up until the point that he kills you.

Ted Bundy: The handsome, charismatic, and demonically manipulative lunatic who raped and murdered his way across the country in the 1970s drew women to his courtroom appearances as if he was a rock star—and in a way, he was. The love letters he received were said to number in the hundreds. While facing murder charges in Florida, he became the boyfriend of Carole Ann Boone, who was convinced of his innocence—even after his conviction for three murders. With a flair for drama, the lovebirds married in the courtroom right before Bundy received the death penalty. During conjugal visits he impregnated her and she bore his child. Boone eventually came to realize that Bundy likely murdered dozens of people, so she took their child and went into hiding.

Richard Ramirez: Like Ted Bundy, satanic killer Richard “The Night Stalker” Ramirez, convicted of 13 murders and suspected of more, drew scores of swooning female would-be groupies to his court appearances. He eventually settled down with magazine editor Doreen Lioy, marrying her in 1996 in the prison waiting room. Lioy insisted that her man wouldn’t hurt a fly: “I believe fervently that his innocence will be proven to the world.”

Scott Peterson: In 2002, fertilizer salesman and serial adulterer Scott Peterson murdered and decapitated his wife Laci, who was nearly eight months pregnant with a baby boy they planned to name Connor. On the day he arrived at San Quentin Prison, he reportedly received three dozen phone calls from amorous women, among them an 18-year-old girl who proposed marriage.

Henry Lee Lucas: The one-eyed grifting drifter who formed a grisly murdering pair with a legally retarded man named Ottis Toole, Henry Lee Lucas claimed to have committed three thousand murders but was “only” convicted of eleven. A married woman who wrote him in prison hatched a cockamamie scheme to free him by pretending she was the murdered girlfriend he’d gone to prison for strangling to death and hacking to bits, which would have reversed his murder conviction. She was clearly a hybristophiliac of the aggressive type.

Anders Behring Breivik: The squirrelly spree killer who murdered 77 people in Norway during an anti-Islamic rampage in 2001 is said to have received “adoring love letters…from 16-year-old girls” while in the clink. He also regularly receives marriage proposals from women who were turned on by his anti-jihadist jihad.

Dzhokhar Tsarnaev: Treated like a dreamy teen idol by a notoriously fawning Rolling Stone magazine cover, the younger brother of the Kyrgyzstani-American duo who executed the 2013 Boston Marathon Bombing causes scores of fawning female admirers lube like nobody’s business. Apparently, killing three people and injuring over 260 others is quite arousing to a certain type of women. His brother Tamerlan was shot dead by police during the post-bombing manhunt, but the moment Dzhokhar was incarcerated, hordes of screaming young women acted like he was a member of One Direction. On Twitter, smitten kittens wrote things such as “I hope to meet him one day” and “i wonder what jahar is thinking about right now.”

Danny “The Gainesville Ripper” Rolling: Convicted of eight murders in Florida, Rolling found an admirer in writer Sondra London, who appears to be something of a celebrity hybristophile. While he was behind bars, Rolling got engaged to London, who helped him work on the book The Making of a Serial Killer: The Real Story of the Gainesville Murders. London had previously collaborated with convicted serial killer G. J. Schaefer on a book called Killer Fiction. The duo had dated during their youth.

Bobby Lee Harris: The unassuming face and beady little eyes of convicted murderer Bobby Lee Harris caught the eye of a waitress in Germany named Dagmar Polzin one day when she saw him on an anti-death-penalty poster at a bus stop. “It was something in his eyes,” she would recall. “There was this remorse, sadness. I was attracted. I knew he was the one.” She moved from Germany to North Carolina and became engaged to the 75-IQ convicted killer.

Kenneth “The Hillside Strangler” Bianchi: Along with his cousin Angelo Buono, Ken Bianchi committed the infamous Hillside Stranglings in the 1970s, raping, killing, and mutilating at least 10 women and displaying their dead bodies on hillsides. As part of his defense, Bianchi asked playwright Veronica Compton—an aggressive hybristophiliac who’d become infatuated with him—to kill a woman as a distraction technique. She botched the murder attempt and went to prison, at which point Bianchi had already married a different hybristophiliac. For her part, Compton began corresponding with another serial killer, who reportedly sent her a Valentine featuring a photo of his decapitated victim.

Oscar Ray Bolin, Jr.: Rosalie Martinez was a lawyer who was married to a lawyer. Together they had four daughters. But she became infatuated with death row inmate and former trucker driver Oscar Ray Bolin, Jr. in 1995 upon meeting him—she claimed he left her “breathless”—and immediately left her husband for him. She married him over the phone that year, despite the fact that he didn’t exactly have a great track record with the ladies, having been convicted of raping and murdering three of them in Florida.