High-school football is one of the deadliest sports in America. Here’s why:

• Over the last two decades, a staggering 77 American high school players have died as a direct result of playing football.

• A much larger number died from indirect causes, such as football exacerbating a preexisting medical condition.

• In each of the past three years, more high-school football players died as a direct result of playing the game than NFL players did combined throughout league history.

• High-school football fatalities reached a peak of 26 in the year 1968 alone.

Here are 15 tragic cases of young lives being cut short on the high-school gridiron.

Pint-sized Charles Youvella was captain of a scrappy little Arizona football team that racked up a 9-1 record in 2013 despite having only 17 members. But in the playoffs his team was getting pounded—Charles scored their only touchdown in a lopsided 60-6 loss. But he was hit so hard in the fourth quarter, it took the life right out of him.

“It’s like a bad dream. I can’t put into words the whole situation. It was unbelievable….Pound for pound, by far the toughest kid I ever coached. He had the heart of a lion. He was 5-5 and 115 pounds ringing wet. But he played 10 times that size.”
—Charles’s coach, Steve Saban

Kenney Bui was a 4.0 student at suburban Seattle high school. Barely recovered from a previous head injury, he was hit so hard during a game this past October that he was hospitalized. Emergency brain surgery failed to save him, as he died three days later.

“I love my son….I’m so hurt inside my body…Kenney was very very smart kid and good student with good grades. Everything good for him.”
—Kenny’s father, Ngon Bui

On a balmy Florida night in August 2008, 15-year-old wide receiver Taylor Haugen was hit in his abdominal area by two defensive players at once. He stood up, holding his side in pain, and walked to the sideline, where he collapsed. Damage to his liver was so severe, doctors said they’d never seen anything like it outside of a car crash.

“At about 8:30 a.m., the doctor pulled me aside and said that they had done all they could and that we should talk about turning off the life support systems. Somehow, we were able to discuss this inevitability through uncontrollable sobs and cries and prayer. After stalling a while between sobs and prayers, I signed the forms to end my son’s life. Then, in horror, we held him in our arms as he passed away.”
—Brian Haugen, Taylor’s father

After complaining of feeling “woozy” after a brutal hit, senior-year New Jersey quarterback Evan Murray gave a thumbs-up to his team as an ambulance carted him off the field during a game in September. He died later in the hospital of a lacerated spleen.

“Man. Myth. Legend. I hope one day I can be half the man Evan Murray was and will forever be.”
—Evan’s friend Sevian Frangipane

In October, sixteen-year-old Cam’Ron Matthews of the Alto High School Yellowjackets in Texas told his teammates in a huddle that he felt dizzy. He walked to the sidelines, where he collapsed from a fatal seizure.

“When you have your own kids and you want them to emulate someone and follow in their footsteps, Cam’ron was a perfect example of that….He was a great kid in the classroom, unbelievable athlete, but more importantly just a great, great kid.”
—School Superintendent Kerry Birdwell

Not only is this the oddest fatality of the bunch, it’s the only case on the list that didn’t happen as a result of an actual football game. During practice amid red-hot swampy Georgia weather in 2014, Zyrees Oliver drank two gallons of water and two gallons of Gatorade to stay cool. The problem is that the human body can take only so much water—if you chug down too much of it, your brain cells swell up to the point where it shuts off forever. Twelve hours after guzzling the equivalent of 64 cups of water, Oliver lapsed into a coma and died.

“To see him go at 17, (he) couldn’t have a family, couldn’t do anything, (he was) ready to go to college. It’s just very hurtful.”
—Zyrees’s cousin, Bryan Stewart 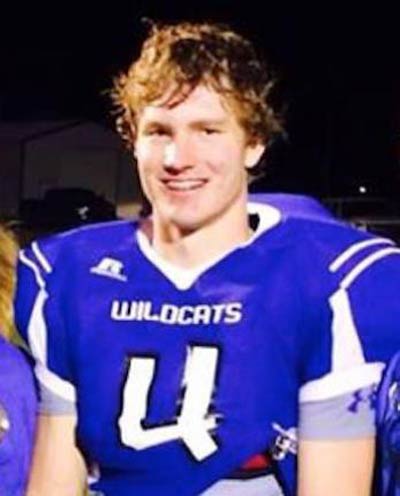 In Kansas in 2015 while playing a game against the wonderfully named Otis-Bison High School, 17-year-old Luke Schemm suffered a hard tackle while scoring a touchdown, after which he ran to the sidelines and collapsed. He was rushed to the hospital and kept on life support until family and friends could pay their last respects.

“In giving your all, like Luke always has, you take on risk.…Luke, our beautiful gift from God, is no longer with us….Luke gave everything in life he had.”
—David Schemm, Luke’s father

A resident of the wild ‘n’ woolly state of West Virginia, Dylan Jeffries had spent two weeks on the sidelines recovering from a concussion in September 2013. Perhaps he returned to the game too soon, for after enduring a hit that sent his helmet smacking backward against the ground, he lost consciousness. He was taken to the hospital and placed in a medically induced coma. Nine days later he died of what is known as “second impact syndrome”—the devastating effects a new concussion can have when a prior concussion hasn’t fully healed.

“I try not to dwell. If we dwell on the pain and anger, it’s going to make it worse for everybody….You never know what tomorrow will bring. The Lord has a reason for everything. Maybe Dylan’s life was meant to shine a light on the seriousness of concussions.”
—Richard Jeffries, Dylan’s father

During a Friday night game near Atlanta in 2013, Deantre “Tre Tre” Turman fatally fractured his third vertebra during a routine tackle.

“He’s one of the best kids I’ve ever dealt with in my 18 years of coaching, period, hands down. He was quiet, but always smiling. He had a real good spirit. It was always yes sir, no sir. He enjoyed his team, and he loved his teammates. Just a great kid.”
—Johnny T. White, Deantre’s coach

In September 2013, sixteen-year-old Damon Janes of Brocton, NY died of head injuries after a helmet-to-helmet collision. Some have alleged he was wearing a substandard helmet.

“I don’t want anyone else to get hurt. We’re going to hurt forever….We all miss him. It’s like a piece of our lives has been cut out….No one goes to a game believing their son is never going to come home.”
—Penny Gilbert, Damon’s mother

“This is very difficult, a coach’s nightmare.”
—Coach Ed Lebida

During a 2011 game, Latrell Dunbar of Mississippi’s D’Iberville High School collapsed of what a coroner determined was “an acute cardiac event.”

“I’ve been coaching a long, long time and it is, by far, the worst moment I’ve ever had.…He was a good student, good athlete. Everybody liked him. He always had a smile on his face. An all-American kid.”
—Coach Buddy Singleton

Moments after throwing a touchdown pass in a 2010 game, Texas quarterback Reggie Garrett collapsed on the sidelines and died shortly afterward of a rare pediatric heart disease known as Arrhythmogenic Right Ventricular Cardiomyopathy.

“We spend a lot of time together and, you know, it’s just been real hard because you just, you think of all the good times that you had with him and all the time you spent with him. The one thing I could say about Reggie overall, he is the coolest guy I know.”
—Offensive Coordinator Toby Foreman

A six-foot-three-inch, 335-pound giant named Ronald Rouse fell to Earth during a 2012 homecoming game in South Carolina. An autopsy determined that he’d died from sudden arrhythmia caused by his enlarged heart.

“I’ve coached this game for 40 years and football really isn’t important, is it, when something like this happens? You talk about a great kid, friend and teammate. These kids all followed him, you know. It’s a shocker.”
—Coach Cornel Thompson

A NFL Referee Penalized Husain Abdullah For Praying During His Celebration