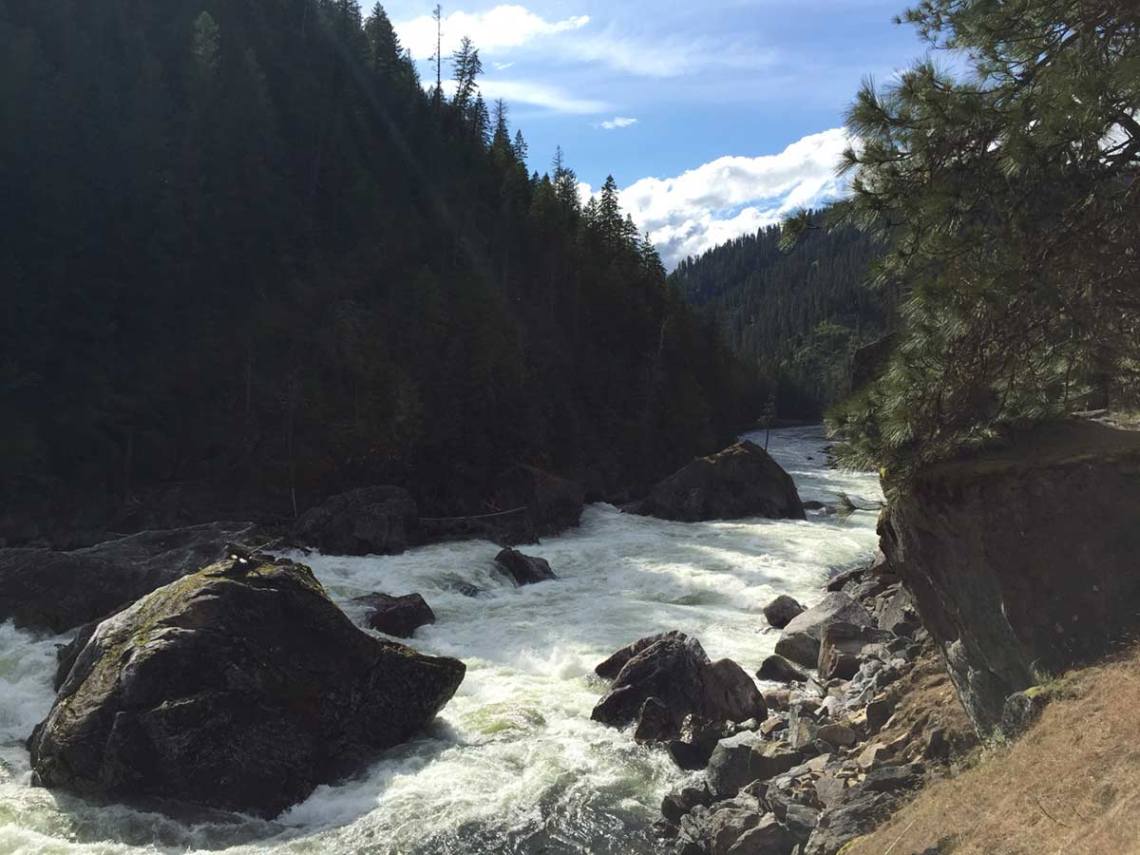 For most of your life, the great state of Idaho has been sitting up there in the beautiful Pacific Northwest patiently awaiting for you to discover its hidden glories. And what have you done? You’ve sat there with your thumb stuck up your ass ignoring Idaho like you’re one of the mean girls at the local high school.

Idaho is America’s red-headed bastard stepchild, and I think it’s time we put a stop to this bullying. Let’s end the hate and prejudice toward this mostly rural state, suffering as it does under the cruel taunts and ceaseless mockery of snarky urban supremacists whose frail hearts pulsate with hatred for clean air and open spaces.

Here are 13 reasons you should feel guilty for not inviting Idaho to your prom.

No, it is not flat like Iowa nor bleak (and flat) like Indiana. Granted, Boise is as dull as an uncooked biscuit, but everything north of Boise might as well be Switzerland or Norway. There are more rivers and forests and mountains and gorges and valleys in Idaho than anyone can ever see in a lifetime. I’ve been to every frickin’ state in this goddamned ragged nation, and I’d easily rate Idaho among the top five for natural scenery. 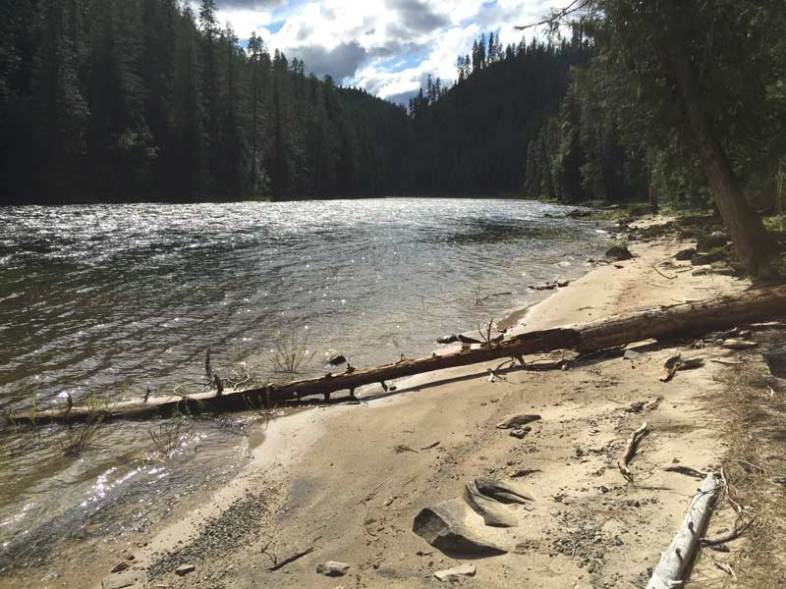 2. Idaho is a misanthrope’s paradise.

New York City crams 30,000 people into each square mile; in Idaho it’s only 19. This is why people are mean in New York City and nice in Idaho. And so long as you don’t hang around very long, they’ll continue being nice to you. One of the state’s unofficial slogans is, “Welcome to Idaho—Now Go Home!”

3. Idaho may seem boring and normal, yet it somehow manages to be weird even by “alternative” standards.

At the end of John Waters’s scatological shock-fest Pink Flamingos, the “Filthiest People Alive” announce their intentions to move to Boise, because what could be weirder than that? In The B-52’s song “Your Own Private Idaho” and the film Napoleon Dynamite, the humor is based on the idea that Idaho is so normal, it’s otherworldly. 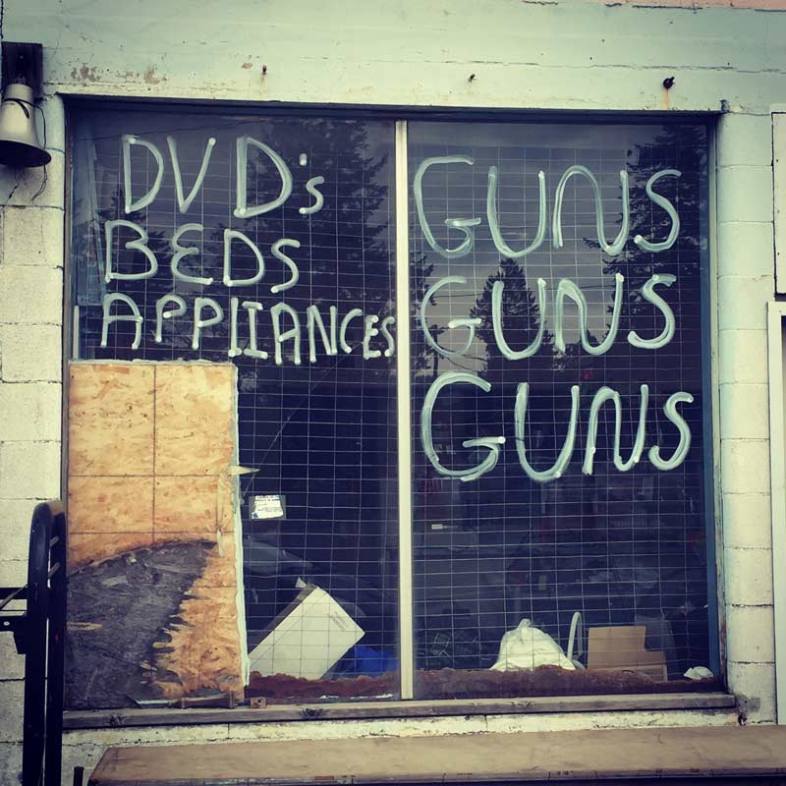 4. Idaho has tons of guns…and a very low gun-homicide rate.

His name was Moses Alexander, and, yes, he was a real Jew—certified and everything, I think—and he really became the nation’s first Jewish governor one hundred years ago. Although Idaho has a reputation as a haven for Nazis and anti-Semites, 49 states lagged behind the Gem State when it comes to electing Jewish governors, a fact regarding which all these other states are oddly silent.

No, I’m not kidding. You can look it up—his name is actually Butch Otter, and he’s been the governor since 2007. Both his first and last name are terms used in the gay community—the “Butch” partner is the dominant masculine one, and an “Otter” is like a gay “Bear”—hairy like a Bear, but not chubby. So in gay argot, the name of Idaho’s governor is Slim Hairy Macho Homosexual Male. Who said Idaho wasn’t tolerant toward alternative lifestyles? (Well, besides the entire city of Boise in the mid-1950s.)

Look at this grizzled, beaver-faced biker type and this insane-looking old Yosemite Sam impersonator battle Governor Butch Otter in a Republican Primary debate and tell me to my face that this isn’t the grooviest, most outta-sight state in the whole Union:

8. Idaho has more natural hot mineral springs than any other state.

One of the few things on Earth that can calm me down—besides marijuana, sexual intercourse, and holy revenge upon mine sworn enemies—is a long, languid soak in a natural hot mineral spring. Hot tubs are nice, but this is a whole different level of relaxation. You can feel the minerals getting sucked into your skin and revitalizing you. I encourage you to melt away your mental and physical pain in one of Idaho’s countless natural hot springs—just don’t pee in the water, because that leads to pollution, which ultimately leads to climate change.

Sarah Palin may be ditzy, but I don’t think there’s a human being alive who hasn’t wanted to fuck her at some point. This moose-slaying American patriot and time-honored feminist icon was hatched from her mother’s eagle’s nest in Sandpoint, ID and then whisked away to Alaska while still too young to even say, “You betcha!” Here’s a picture of Ms. Palin helping a disadvantaged young child:

In 1974, famed daredevil Evel Knievel tucked himself inside his rocket-powered “Skycycle” and attempted to jump the Snake River Canyon near Twin Falls. However, his space-age biker rocket prematurely ejaculated its parachute and fell softly to the river banks on the same side of the canyon from which it was launched. Knievel survived with minor injuries and a huge chunk of his dignity permanently erased. Yes, he may have been clinically insane, but Evel Knievel still had nuts the size of Idaho taters.

11. In Idaho, people commit grisly, unforgivable acts just like they do everywhere else.

Don’t think for a minute that this state is one big Easter basket of wholesomeness. Lyda Southard is thought to have used arsenic to fatally poison four husbands and a brother-in-law starting back in 1919. Idaho has also been home to child-mutilating freaks such as James Godwin and a hammer-wielding serial killer named Joseph Edward Duncan III. It’s also where Ernest Hemingway blew his brains out, even though that’s not technically considered a crime.

12. Idaho’s vast geography includes the Center of the Universe.

What, you think I’m making this shit up? There’s even a manhole cover that explicitly designates a specific point in Wallace, Idaho as the “Center of the Universe.” It was dedicated by the city’s mayor Ron Garitone in 2004 when he boldly declared that scientists had proved unable to offer “one scintilla of proof that Wallace is not the Center of the Universe.”

13. Idaho may be the last true outpost of freedom in the Lower 48.

Remember when people actually cared about “freedom” and it didn’t have anything to do with blowing up peasants in the Middle East?

In the 1970s, Democratic Senator Frank Church from Idaho warned that if the NSA were given full rein to spy on American citizens, it would be an “abyss from which there is no return.” Well, we see how that turned out. The NSA is now all-powerful in ways that even Church couldn’t have prophesied. They even watch you while you’re jerking off at the computer. I know—they caught me.

As Church was dying of cancer, a giant patch of the Idaho hinterlands was dubbed the Frank Church River of No Return Wilderness, the largest area in the continental USA without roads:

It’s also probably one of the only areas left where Americans’ activities aren’t constantly being monitored. I doubt that even NSA members can get a cell-phone signal out there. Sounds like paradise.

All uncredited photos in this article were taken by me during a very recent trip to Idaho. I spent a week there, a mystical journey which will be documented in an upcoming Thought Catalog ebook tentatively titled Potatoes On The Moon.