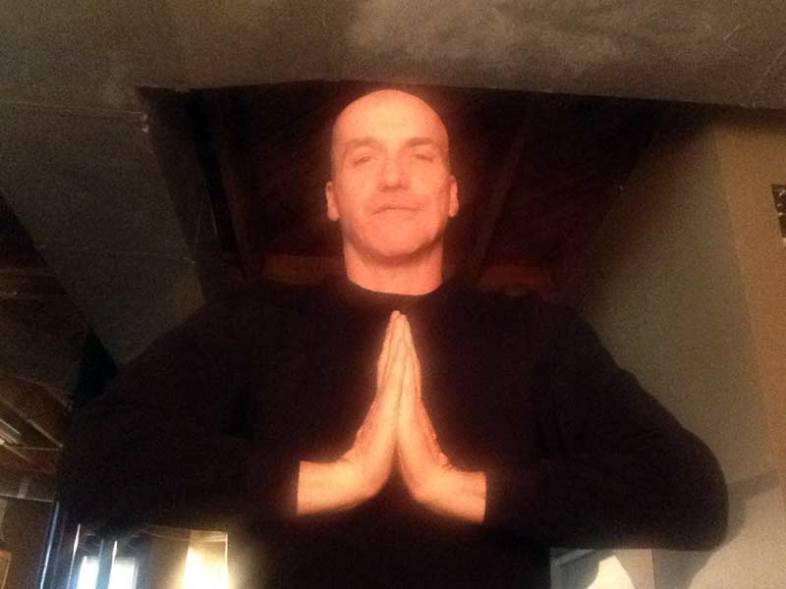 I stand before ye all today to announce that last night I resumed taking yoga classes.

I make this announcement unashamed, although I probably should be. But one of the great things about this site is its egalitarian approach toward thought and expression. Since Thought Catalog allows for 19-year-old girls to express their innermost fears and insecurities to the world, it equally tolerates a brutish male who is hurtling pell-mell toward senior citizenhood, freely allowing me to pick lint from my navel and hold it up for all the world to see. I like to think that in some small way, I was a pioneer of oversharing and TMI.

When you reach a certain age it’s like a car that has 200K miles on it—everything starts falling apart at once. Back in 2008 I had surgery for a giant benign brain tumor, and this past December I had another surgery to insert a titanium plate in my head to cover the massive dent left in my skull in the surgery’s wake. Last summer I also had my gallbladder removed to prevent the recurrence of attacks that felt as if I was being stabbed in the abdomen by an invisible assailant for 24 hours at a time.

As is my unique luck/curse, I also stubbed my toe on a couple health problems that ironically were caused by trying to be too healthy.

Ten years ago I had severely high blood pressure—high enough to stroke out at any moment—so they put me on some cheap pills ($9 for three months’ worth) to keep it in check. Then through a punishing diet-and-exercise regimen I lost about 50 pounds of fat, replaced it with about 20 pounds of muscle, and had done enough hiking and walking that I was in such tremendous physical shape I am certain I would be able to beat the living fuck out of any prior incarnation of myself.

Problem was, I was still on the pills, which lowered my blood pressure to vampiric, corpselike levels that had me constantly dizzy and on the verge of fainting. One trip to the emergency room, and they took me off the pills. Unaided by medication, my blood pressure now routinely clocks in at about 110/70, which is the stuff of long-distance champions and, most likely, Bruce Jenner sometime during the 1970s.

I also switched to a complete caveman diet—raw fruits and vegetables, as well as about 300 grams of lean protein a day to build muscle because I’m such a fucking douchebag that I still lift weights. The problem there is that I was eating so much protein, it started fucking up my kidneys. Now I’m down to 60 grams a day and my kidneys are humming along fine.

I want to live to be 100 years old for two reasons:

So when the Grim Reaper comes a-knocking—which is nearly daily these days—my strategy is to swing a barbell at his head. He will not be able to drag me away without a fight.

A couple years ago I was taking martial arts classes. According to feedback from everyone in the dojo, I am unusually strong and mystifyingly impervious to pain. Those are my strengths. My weaknesses are that I’m roughly as coordinated as a three-legged pony and about as flexible as a surfboard.

To remedy these weaknesses, I started taking yoga classes in mid-2013. I overcame my fear that just by entering the class, I would bring enough bad karma into it that everyone there would be forced into an additional 1,000 rebirths. The classes typically involved me, one other guy (sometimes), and about a dozen women all stretching and breathing and meditating and farting.

I soon realized that when it comes to flexibility, women are far superior to men. While they were all tying themselves into pretzels, I had trouble touching my toes. These classes were much more difficult for me than my martial-arts training, but I kept at it every week for a solid year, gradually accruing more poise and balance and flexibility.

Last summer I moved onto a horse farm about an hour away from the yoga dojo, which necessitated that I drop the classes. I gradually reverted to my rickety, crotchety natural state where you can hear bones cracking when I so much as blink.

But although the farm is isolated (for example, the nearest restaurant is 12 miles away), Krishna and Kali and Ganesha smiled down upon me and revealed to me during an accidental bout of web-surfing that there’s a recreation center a mere half-mile away where there are yoga classes for $20 a month.

Last night I gathered together with about eight females in a dark, cold classroom with brutally hard marble floors to resume my valiant quest toward physical flexibility and, hopefully, to eventually escape the wheel of birth and death. Quite frankly, reincarnation is a pain in the ass, but not as painful as trying to maintain the Downward Dog position for more than a half-minute.

Read this: 23 Women Who Severed Their Partner’s Penis For Cheating
Read this: 25 People Share Their Instant Turnoffs
Read this: 45 People On The 2 Words You Should Never Search Together On Google Images

How 16 Weeks Of Yoga Practice Has Totally Impacted My Life

Nama-Say-What? The Struggle In Overcoming Your Fear Of Learning Yoga