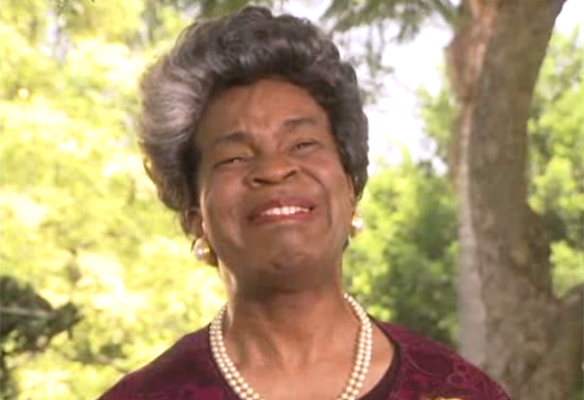 David Alan Grier is one of the very few living comedians whom I would describe as a genius without feeling the least bit hyperbolic. I think his tragically short-lived Comedy Central show Chocolate News was better than either Chappelle’s Show or Key & Peele, even though it lasted a mere 10 episodes before being canceled.

In this 2008 clip, he does a jaw-droppingly accurate impersonation of poet Maya Angelou, who died this morning at age 86.