1. Author Abby Wilner claims to have invented the phrase “quarterlife crisis” in 1997 after she graduated from college. She didn’t know what to do, so she moved back home. Eventually she co-wrote the books Quarterlife Crisis and A Quarterlifer’s Companion.

2. In Wilner’s book Quarterlife Crisis, which she co wrote with Alexandra Robbins, the writers contrast a quarterlife crisis with a midlife crisis as the difference between scary instability and numbing stability:

While the midlife crisis revolves around a doomed sense of stagnancy, of a life set on pause while the rest of the world rattles on, the quarterlife crisis is a response to overwhelming instability, constant change, too many choices, and a panicked sense of helplessness. Just as the monotony of a lifestyle stuck in idle can drive a person to question himself intently, so, too, can the uncertainty of a life thrust into chaos.

3. The concept of a quarterlife crisis has been around much longer than the 90s. It’s commonly attributed to famed psychologist Erik Erikson, perhaps best known for coining the term “identity crisis.”

4. In Erikson’s groundbreaking book Childhood and Society, published in 1950, he posits that each stage of life from infancy to old age entails a specific struggle that defines the personality of the individual. The quarterlife crisis can be traced to Stage 6, or young adulthood, when intimacy competes with isolation. After coming out of the identity crisis of adolescence, individuals are ready to form relationships with others through close friendships and romantic relationships that create a sense of stability. The main variable is the fear of rejection. While most people overcome it and form these relationships, others fail to do so and end up in a state of isolation and despair.

5. But most people get beyond it. Erikson saw the quarterlife crisis as a universal rite. Even Erikson went through it. After dropping out of art school in Munich, he spent years wandering around Germany and Italy before taking a job in Vienna as an art, tutor that led him to meet Sigmund Freud’s daughter, Anna. At Anna Freud’s urging Erikson studied psychoanalysis at the Vienna Psychoanalytic Institute.

6. Bob Dylan had a quarterlife crisis too, but his was early. Dylan was only 20 years old when his first album, Bob Dylan, was released in March 1962. Consisting mostly of covers, the record only has two original songs, including an ode to his idol Woody Guthrie. The album was a flop and record executives referred to it as Hammond’s Folly (John Hammond was the legendary talent scout at Columbia who signed Dylan). His next album, The Freewheelin’ Bob Dylan, came out a little over a year later in May 1963. It included songs like “Blowin’ In The Wind,” “Don’t Think Twice, It’s All Right” and “Masters Of War.”

7. French poet Arthur Rimbaud had an even earlier quarterlife crisis. After penning Une Saison en Efer (A Season in Hell) when he was just 19, and Les Illuminations a year later, he gave up poetry for good. He had not yet turned 21 . Nobody knows what actually happen, but most think the years of intense debauchery he’d spent with fellow poet Paul Verlaine had caught up with him and he’d grown weary of his wild ways. He went on to trade coffee and arms between Ethiopia and France. He was very successful, but died young from bone cancer. He only wrote poetry for five years.

8. Bruce Springsteen was 23 when his debut album Greetings from Asbury Park, N.J. was released in 1973. The first version didn’t include quarterlife crisis anthems “Blinded by the Light” and “Spirit in the Night.” Clive Davis, president of Columbia at the time, was worried that it lacked commercial appeal, so he asked Springsteen to come up with a few more songs that could potentially work as singles. Springsteen went to the beach and wrote both. In interviews, Bruce Springsteen has said that the late additions are his favorites on Greetings.

9. John Mayer followed up his 2002 single “Your Body is a Wonderland” with “My Georgia,” which is about a quarertlife crisis. Mayer dropped out of Berklee College of Music and moved to Atlanta to try his hand at what eventually became stardom. In the song he mentions his crisis completely directly:

10. In Annie Hall, Woody Allen stars as Alvy Singer, who is experiencing a late quarterlife crisis through his failed relationship with the Diane Keaton. Allen revisited quarterlife crises in many of his films and eventually started casting younger actors to play the parts he used to play himself. Recent examples include: Scoop, Vicky Christina Barcelona and Midnight in Paris.

11. Quintessential quarterlife crisis film The Graduate is actually based on a novel by the same name. Charles Webb wrote the book during his final year at Williams College and published it in1963. Webb sold the rights to the film for a one-time payment of $20,000 and never received any royalties. He didn’t receive any credit for the adaptation written by Buck Henry and Calder Willingham, even though most of the dialog in the movie was lifted directly from the book.

Webb went on to live an eccentric life with his wife, Fred (née Eve), and even managed a nudist colony in New Jersey for a while. One of Webb’s sons is a performance artist who once cooked a copy of The Graduate, covered it with cranberry sauce and ate it.

12. The Paper Chase is about the quarterlife crisis of a first year student at Harvard Law School, played by seventies heart throb Timothy Bottoms. After being berated by contract law professor Charles W. Kinsfield, Jr., played by John Housman, Bottoms becomes obsessed with acing the class. He also accidentally gets involved with the professor’s daughter, played by Bionic Woman Lindsay Wagner. The whole thing turns into a weird love-hate triangle. No wonder John Houseman won an Oscar for his gruff performance. No wonder it was adapted into a television series for CBS and Showtime.

13. In Reality Bites, Winona Ryder plays the desperate Leliana, who is always broke and is all messed up over Ethan Hawke. In 1994, everyone was messed up over Ethan Hawke. He is the quarterlife crisis sex symbol and it is all because of Reality Bites. Notable moments include him playing the guitar while reciting Gregory Corso and taking Leliana on a tour of all the places he’d been fired from.

14. Eternal Sunshine of the Spotless Mind begins when Jim Carey decides to act on a quarterlife crisis impulse and ditch work one day. He goes to Montauk where he encounters, or rather re-encounters, his former lover Clementine, played by Kate Winslet. Neither of them knows that they have ever met before, because their memories have been erased. They are tabula rasa, empty hard drives.

15. The Friends pilot opens with Rachel—Jennifer Aniston—in her wedding dress. She’s left her fiancé at the altar. Next thing we know the whole crew is there to take Rachel in, and she is cutting up her credit cards—the ones dad pays for. She becomes a waitress at the Central Perk, and here we go on 10 seasons of group quarterlife crisis. The show is so successful that you can’t stop running into the reruns.

16.The creators of the wildly successful Thirtysomething, Edward Zwick and Marshall Herskovitz, tried to cash in on quarterlife crises with the web series Quarterlife. It debuted on TV in 2008. Turns out twentysomethings don’t want to watch their own misery. It was one of the biggest flops in television history: NBC cancelled it after just one episode.

17. There is a quarterlife crisis at the center of Roberto Bolaño’s breakthrough novel The Savage Detectives. No longer content with their role as leaders of the poet gang The Visceral Realists, characters Ulises Lima and Arturo Belano decide to leave Mexico City and travel to France and Spain respectively. Many of their friends don’t understand why they want to venture out into the world. One especially poignant interchange occurs when Belano is trying to explain this to his ex-girlfriend, who insists that she’ll travel later in life once she has the means to do so comfortably. Belano is dumbfounded. He replies: “you won’t be young anymore.”

18. Jean-Paul Sartre’s existential masterpiece La Nausée (Nausea) begins right after his protagonist Antoine Roquentin has overcome his quarterlife crisis. After six years of traveling he decides to return to France and work on his biography of an 18th century political figure. This sudden change leads him into an existential crisis.

“He desperately searches for meaning in the things that used to make him happy, only to realize that there is none.”

In the end Roquentin realizes that it’s up to the individual to create their own meaning in life, which he sees as a great freedom, but also a great responsibility.

19. Albert Camus’s novel L’Étranger (The Stranger) starts when his protagonist Meursault learns of his mother’s death. This sends him into a quarterlife crisis that leaves him detached, but oddly at peace. But then a random series of events leads him to impulsively kill a man. The court’s inability to understand why he committed murder and his lack of emotion about his mother’s death puts him at odds with the society he lives in. In the end he’s sentenced to death partially because no one understands him. Camus would revisit this theme of the individual in the midst of crisis over and over again in his fiction and philosophy, notably in The Fall, where his protagonist has just had a midlife crisis.

20. Franz Kafka’s Metamorphosis tells the story of Gregor Samsa, who is stressed out about having to work a horrible job to support his family. Then he wakes up one morning transformed into a cockroach. Kafka’s novel The Trial is largely the story of a quarterlife crisis too. When we first meet his protagonist, Joseph K., everything has been going great for him. Then he’s arrested, but is never told why. Overwhelmed by his crisis, K. becomes increasingly indifferent to it. One particularly good example occurs when K.’s uncle tries to introduce him to a powerful lawyer he thinks might be able to help. Instead of rushing to meet him K. gets sidetracked and ends up fooling around with the lawyer’s maid.

21. Psychology professor Dr. Oliver Robinson recently published a study concluding that a quarterlife crisis is a beneficial experience. He broke it down into four stages: a feeling of being locked to a job or a relationship, the realization that change is possible, rebuilding a new life, and then developing new commitments more in tune with personal interests and values. Robinson suggests that the once these stages are resolved the results can be positive:

The results will help to reassure those people who are experiencing this transition that it is a commonly experienced part of early adult life, and that there is a proven pattern of positive change that results from it.

22. Even if you’re not feeling so positive about everything, you should relax. Many experts point out that it’s usually a good idea to put your situation in context and remember that most people end up working until they are about 60 years old. So if you’re having a hard time figuring it all out when your 25, you should rest easy knowing that you still have about 35 years left to get your shit together.

Want to read more from this author? Check out his book, The Illiterate, available on Amazon and iBooks. 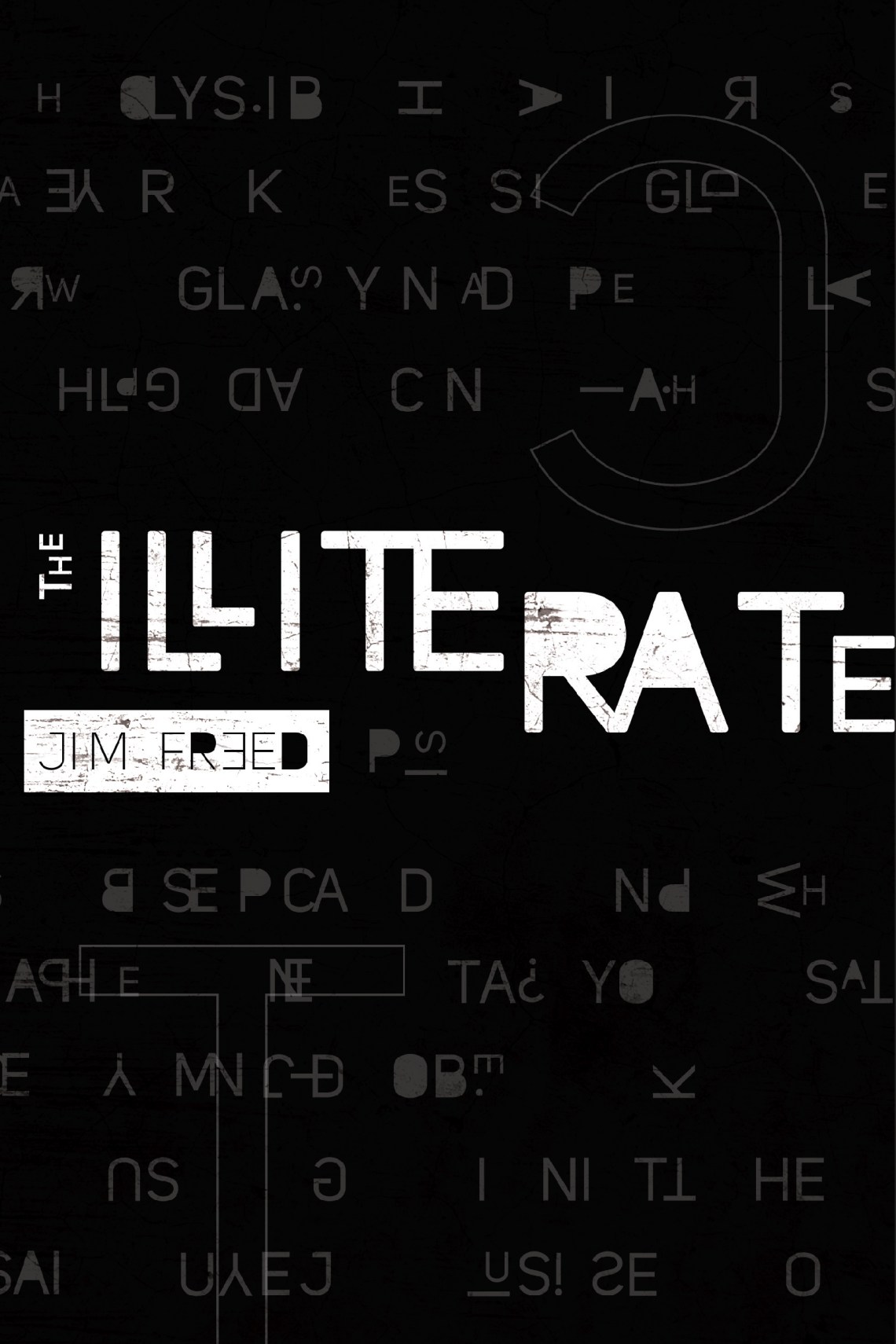