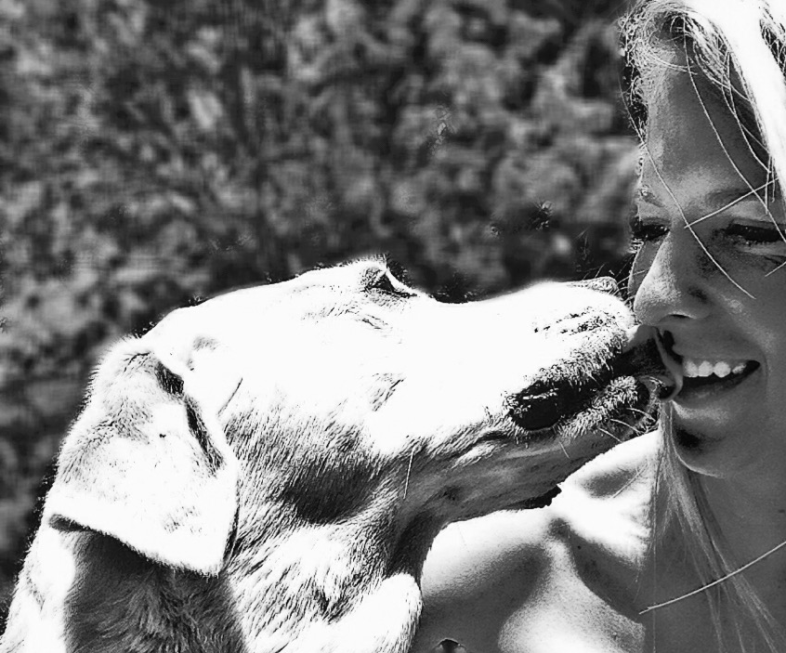 I collapsed on the floor because I didn’t even have the strength in my legs to stand. I sobbed—audibly, like I’d never cried before. I finished each day and woke each morning with beet-red eyes and distorted, puffy lids. I wept until I was literally sick to my stomach…And all because of a dog.

Not many people can understand or sympathize to the true, deep, unexplainable grief we feel when losing a pet. We all know it’s inevitable: we sign up for a 10-15 year lease when we begin our relationship with a four-legged companion. A short lease on life, but a worthwhile one nonetheless. Still, losing them is one of the hardest things we, as dog-lovers, have to go through. For with their passings, they carry with them so many years of our own lives: years of memories with them and years of moments that they were there for—to join in celebration with, to console, or to simply listen through. The life of a dog can teach us so much about love, loss, gratitude, passion, happiness, and what is truly important in the long run. Here are just a few reasons why it is always so difficult to say goodbye to our furry friends, with anecdotes dedicated to my recently-departed best friend, Libby.

1. Their unparalleled loyalty: Like clockwork, my departure from school and arrival home occurred at approximately the same time every single day off of the predictable K-12 yellow school bus. And, like clockwork, Libby would predictably be sitting in the window—nose shuffling the blinds to-and-fro, tail visibly thumping against furniture meant to guard her path and prevent nose smudges all over the windowpanes. I could hear her whimpers grow as I neared the door—she rarely ever barked; in fact, we didn’t think she had the capability to bark until she was about six months old—and saw her supreme, indescribable joy at simply seeing my face each and every afternoon. (I always dreaded hearing the aftermath of days when I had alternate after-school plans, and learning of her unrequited excitement at being reunited.) In her later years, whether it was coming home from months away at college or coming home from a thirty-minute run around the block, the degree of tail-wagging and giddiness never faltered and never failed to make me feel extraordinarily loved.

2. Their unspoken strength: When Libby was only a puppy, bounding and flipping head-over-heels without abandon, she was diagnosed with one of the worst cases of hip dysplasia the vet had ever seen. It didn’t help when, at about three years old, she bounded full-speed into a chain-linked fence while playing fetch and had to get surgery for a torn ACL. However, through it all, she absolutely never turned down a chance for a walk. Even on her very final day of life, she opted for a stroll in the rain, as her stiff legs caused visible discomfort. She would occasionally turn her head back mid-walk and plant her feet in the cement, her own stubborn way of showing that she was pooped. However, she would never, ever, ever turn down the opportunity to seize a walk through the neighborhood.

3. Their ability to lick away our tears (literally): Libby always loved licking tears from my face—I like to think it was due to the fact that she hated to see me upset, but I have to believe it had something to do with her instincts craving their saltiness as something new and different to lap up. However, whether it was during a break-up, a homesick visit home from college, or even during my dad’s cancer diagnosis, Libby’s tongue and fur were always there to soak up the tears until they finally subsided.

4. Their ability to listen: Along with this, Libby was the only creature that sustained listening to any- and everything that nobody else wanted to. Granted, she couldn’t say anything in return, but she nonetheless always remained close to hear everything from a super-pitchy piano practice (which she loved listening to the piano!) to my pre-teen problems to the trashy nonsense blaring through the television.

5. Their zest for life and appreciation of the simpler things: A toy that squeaked would occupy her Christmas year-after-year. Glimpsing her deflated soccer ball peek out from the sports closet made her spin circles. A waterlogged stick could provide entertainment for hours. A long ear rub was all she could hope for and a ride in the car was like a trip to another galaxy. Libby’s perhaps favorite thing was playing hide-and-go-seek around the house. While I hid, I’d yell out “Ready, Set, Go,” which told her when she was allowed to scour the house for me. This led to the entire family having to be cautious of their everyday speech, as simply hearing the word “ready,” “set,” or “go” in everyday conversation suddenly ignited an ear-raised, joyful-eyed expression that couldn’t be stifled until a game was indeed played.

6. Their humanness: We always said Libby was more human than dog; she was unbelievably smart, so her understanding of concepts and ability to predict the next thing to happen in any sequence of events was astonishing and undeniably human-like. However, one instance that comes to mind is when we first took Libby to a lake to swim; since Labrador Retrievers are supposed to innately know how—and love—to swim, we were surprised when she didn’t scamper into the water when freed from leashdom. Our next course of action was to toss her overboard from a canoe, to prove that she could indeed swim to shore. However, this plan slightly backfired as she plummeted to the bottom of the lake. She resurfaced, only barely, so the tip of her nostrils huffed and puffed above the water’s surface, with the rest of her torso lost beneath the murky water. Luckily for her but unluckily for him, another dog was swimming nearby—also a lab, proving our initial point as he waded along effortlessly—and Libby decided to offer herself a piggy-back ride on this stranger dog. However, her 75-pound body instantly sank both dogs—and ignited a streak of anger and snarled teeth in the swimming pup—before they both struggled slowly and laboriously back to shore. Libby shook off exhaustedly and never ventured into another body of water outside of a bathtub ever again.

7. Their openness to love: Anyone that entered our front door was instantly a new friend, worthy of the I’m-excited-but-trained-not-to-jump wriggle caused by an almost-violent degree of tail-wagging. Whether it was greeting these guests or effortlessly growing to become the heart of our family, her ability to love was unmatched by any human I’ve ever known.

Read this: 30 Thought-Provoking quotes For When You’re Feeling A Bit Stuck In Life

When Your Vision For The Future Is Double