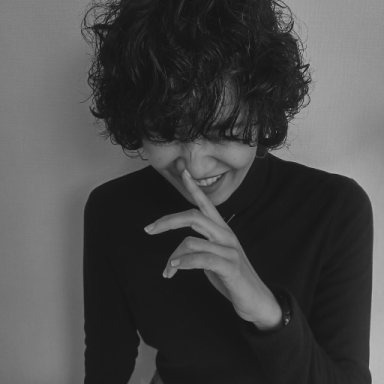 By Jill Bautista Updated April 28, 2021
Photo by nrd on Unsplash

By Jill Bautista Updated April 28, 2021
Photo by nrd on Unsplash

Here we are again, sitting on our bed away from each other. It’s late, yet we’re wide awake, fresh from another fight that started from something I thought wouldn’t be a big deal. It was about my dress this time. You yelled. I yelled. We screamed over each other’s voices trying to prove a point. I told you I felt good and confident in that dress, but you said people were looking. You said men were staring, and you insisted that was why I liked the dress. You said I clearly enjoyed it. “You could have just told them to fuck you straight up,” you said.

That went on for hours; it was exhausting. I needed air, so I turned my back and walked away. But you didn’t give me a chance to catch my breath for even a little bit. You grabbed me by the arm so hard it hurt. And I saw your eyes and all I saw was rage, violence.

I’ve seen those eyes before. I saw them that time you saw me talking to a guy from work. You were convinced I was flirting with him, so you called me a slut. And also that time you demanded I block my boss on Facebook because I clearly wanted to fuck him. You said he wouldn’t want me, anyway. You compared me to a broken car and a half-eaten meal that nobody would ever want. I’ve also seen those eyes when I had a haircut one time without letting you know. You said you hated it. You said I should always ask you first because I know nothing about hairstyles.

Those were the same eyes I saw when I missed your calls that time I was working late, and that was enough for you to believe I was cheating on you. That was a huge fight. I remember you pinned me onto the bed, forcibly undressing me because I deserved to be treated like a piece of meat for being too friendly with other men. For a moment, I thought of leaving you, and I did tell you I was leaving you. But you grabbed a knife and locked yourself in the bathroom, threatening to kill yourself if I did.

I’ve seen those eyes quite a lot by now — whenever I say the wrong things, or make the wrong move, or smile at people a certain way, or laugh a different way, probably even breathe a certain way.

And here we are again, sitting on our bed away from each other. Silence lingering in the space between us — the space I needed but that never lasts. I feel you slowly getting closer to me, and you touch my thigh and gently rub it, and I can’t move. You kneel in front of me and hold my face towards you, and you look at me with this look that’s so peaceful it’s like you’re a whole different person.

And I already know what you’re about to say: “You know I’ll never hurt you, right?” You say this all the time. “I could never hurt you because the moment a man lays a hand on a woman is the moment he stops being a man.”

And I believe you.

I wish I could say this is the first time I’ve ever feared for my life. But the truth is, I have been scared of you for a long time.