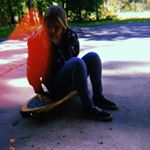 Maybe if all you guys out there weren’t huffing cock snot and got your head out of your asses and didn’t treat girls horribly we wouldn’t be bitches.

You know how you guys think it’s cute to randomly send us dick pics? Well guess what? IT IS NOT! If a girl wants you to send her a dick pic she will ask for it. Sending us random dick pictures isn’t turning us women on at all! In fact, it just pisses us off by how stupid you can actually be!

Oh and don’t get me started on all the dumb pick up lines you guys try to use on us. Some of us don’t want any of your dick pics or pick up lines, we just want a guy who can start a conversation without asking us if we want to see his huge thick dick or would it be cool if I stuck a dildo up your ass and then jerked off to you? Like no!! We want a guy who can be normal during the first hour of the conversation that we have with you. Plus when we tell you to fuck off after you just got done asking us if we could fuck when we don’t even know you, it does not make us a bitch! It means we are not whores and we are sick of getting dumbasses like you sliding into our dms.

Also we don’t always want a guy who wants to have sex within the first 5 minutes of talking, even though we already know that’s what you want. That’s not always what we want. It’s not really hard not to be a creep! When all you guys do is send girls pick up lines and dick pictures right away you are known as a weirdo or a creep to us!

Just be normal, that’s all we are asking!!!