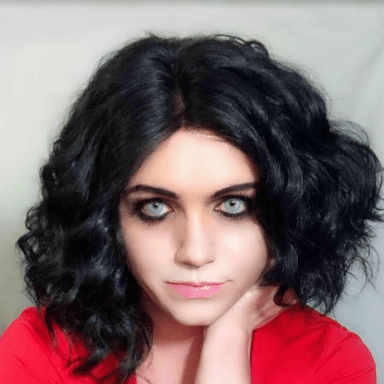 The Internet has buzzed about how to improve you for a while now. Let’s take a break from that for a minute.

You probably are, in lots of ways — even if you don’t think so right now. I’m not saying there’s nothing wrong with you. Once you hit your 30s, you finally realize something that makes life softer:

There’s something a little wrong with everyone.

You just want there to be more right inside you, more of the good stuff, to offset your special kind of crazy. That sounds simple. But keeping your act together isn’t easy these days.

Still, you work hard on yourself and serve up the best of whatever you’ve got. You deserve other people who do the same.

Never settle for the bronze rule

You can follow the golden rule, expecting everyone to treat you how they want to be treated. That’s a start.

You can follow the platinum rule — tell people how you want them to treat you, and hold them to it.

There’s the silver rule, treat everyone how they treat you. That one’s my personal favorite. If someone doesn’t show you the respect or honesty you’ve earned, don’t waste a minute on them.

And then there’s the bronze rule, let everyone treat you like you’re worthless, when you’re actually money. Bronze is a beautiful, tough metal that we couldn’t function without. And yet it gets third place.

You deserve better than the bronze rule.

But it’s up to you to make everyone treat you what you’re worth. There’s plenty of people in this world who are happy to let you do all their grunt work for them, emotional or otherwise.

You’re the kind of person who helps anyone whenever you can. Your friends shouldn’t come to you with every single gripe about life. If someone does that, they’re not respecting your boundaries.

Emotional co-dependency doesn’t always wear a scowl. Some of the nicest, most polite people are the worst energy vampires.

They’re the ones who derail you at work with their small talk, their lazy questions, their need for affirmation every single time they utter a thought. They’re the ones who think aloud, and expect you to listen to all that nonsense while nodding and going mmm hmmm.

You try to keep the nonsense in your own head to yourself, and it’s okay to expect everyone else to return the favor.

You know there’s nothing wrong with asking for help, but you try to find the answers yourself first — because that’s what an adult does. It’s okay to expect that from other people, too.

You shouldn’t have to worry so much about hurting someone’s feelings because you got tired of babysitting them, replying instantly to their texts, or you didn’t want them to hug you at work. You deserve people in your life who can carry their own weight on a normal day.

You deserve a little genuine gratitude

You’re not the kind of person who begs for a compliment just for showing up somewhere on time. But a simple gesture of thanks is a type of fuel. Knowing you’re appreciated keeps you going.

You know the different kinds of gratitude:

You deserve the fourth kind, and you don’t humor the other three. Live long enough, and you’ll see right through them.

You’ve probably seen how false gratitude works. Your boss thanks you by handing off more responsibilities. A so-called friend says thanks for a favor, but then forgets it the next day.

When you serve up your best self day after day, you deserve other people who do the same — or at least try. There’s no room in your life for anyone who just keeps taking and taking.

You deserve someone who’s got your back

There’s a huge number of ways someone can support you and show they care. They can run an errand for you. They can loan you a little cash. They can talk you up to a connection. They can introduce you to someone important. They can stand up for you against a bully.

They can just sit and listen to you for a few minutes.

They can talk plain with you.

If you’re doing all this for someone, they owe you the same in return. What they don’t owe you are hollow promises and flip-flops.

There’s no room in your life for someone who constantly bails. Feel free to explain that to anyone when they let you down — even after a second or third chance. Excuses take up a lot of room.

In your strides toward maturity, you make an effort to process your feelings and spare everyone your unfiltered emotions. Sure, sometimes the raw ones slip out when something really bothers you.

You engage in the struggle of figuring out your needs, and then voicing them. You don’t subject people to silent expectations, then judge and resent them when they come up short.

You’re better than that.

You listen for the sake of listening, with zero ulterior motive other than making someone happy — and keeping them in your life.

You don’t always get it right. Who can?

Sometimes your mind wanders, and you have to ask someone to repeat something they just said. Other times you spend just a little too much time complaining about a small problem.

You lose your temper. You sigh and roll your eyes at someone who’s had your back for years, and you feel bad later.

When you mess up like this, you apologize and try to fix it. You put some real thought into your apologies.

You don’t put your apologies on a credit card.

You have every right to expect the same. You deserve people who know what they want, or at least try to figure it out. You’re entitled to as much honesty and self-awareness in your relationships as you give.

You have to command what you deserve

Some people are born into luxury and comfort, and still find ways to complain about it. They’ll talk about the pressure to meet impossible expectations, as if nobody below the poverty line ever had to do that.

The rest of us know what it’s like to earn something, and still not receive it. We have to do even more than that, which isn’t fair — but what choice do we have? We have to get tough.

We have to command what we’ve earned, and not just through words. Demanding things through words usually isn’t enough.

We have to erect those boundaries and patrol them. We have to vote toxic friends off the island. We have to get better at speaking up for ourselves, and ignoring all the little tugs at our time and attention.

Insist on the silver rule or better

You can work hard. You can work long hours. You can hone your creativity and skills. You can practice your charming smile. You can do all of this, and still lose everything if you trust the wrong crowd.

Don’t tolerate bad friends, lovers, or bosses. Insist on ones who follow the golden rule, the platinum rule, or at least the silver one. Focus on people who treat you the way you show them to. You’ll probably never enjoy everything you truly think you deserve, but you’ll scoot a little closer.