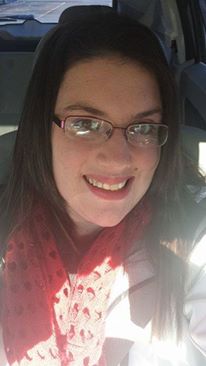 At four years old, I had the entire dialogue memorized for an emergency phone call that my parents hoped and prayed I would never have to make. With my mother being an insulin dependent, type 1 diabetic, the odds of me having to make that phone call were very high and it was a possibility that my parents prepared me for as best they could.

I didn’t fully understand what they were preparing me for until I was about eight years old. Up until this point, my mom had always given herself two shots of insulin per day (once in the morning and once at night) and her blood sugars stayed fairly consistent. Then her endocrinologist (a diabetic specialist) decided to start her on a new regimen that changed everything.

Insulin pumps were becoming the next big thing for type 1 diabetics, and my mom’s doctor wanted to get her body ‘tuned’ for one. She went from having to give herself two shots of the same dose of insulin per day to having to give herself a shot after every meal. The dosage of insulin was always different and it depended on how many carbs she was consuming. The problem she faced wasn’t the lack of knowing how to count carbs and dose accordingly. Instead, her biggest challenge was getting her body used to something new after thirty years of following the same insulin schedule. With her new insulin schedule, there were challenges that we didn’t anticipate. One of those was physical activity. Even taking the amount of insulin she was supposed to, if she did any sort of physical activity afterwards her blood sugar would plummet.

For the first time ever, I had to begin to be vigilant and watch my mother for any signs of low blood sugar when my father wasn’t home. For the first time ever, I had to become a parent to my parent on multiple occasions. Let me tell you, I learned quickly that dealing with a diabetic with low blood sugar is like dealing with a two-year-old. I would try and get her to drink some orange juice and she would literally cross her arms and defiantly tell me no. Finally, the day came in which I couldn’t take care of her by myself.

I was about nine years old when my mom’s blood sugar had dropped dramatically before I even crawled out of bed. My dad had already left for work and by the time I realized something was wrong with mom she was beyond the help that a candy bar or glass of juice could give her. I finally had to use the dialogue that had been pounded into my brain years prior. At nine years old I had to call an ambulance for my diabetic mother.

I’ll never forget the panic that I felt, waiting for what seemed like hours, for the paramedics to arrive.

I will never forget my mom sitting on the couch, shaking from shock, as I remained on the phone with dispatch. I will also never forget the guilt I felt, knowing that if I had gotten out of bed sooner the whole incident could have been prevented.

The paramedics got her blood sugar back up to safe levels and went on their way. My job, however, wasn’t done. I watched my mom like a hawk that day until my dad got home from work. There was no going back in time to erase those memories of what I witnessed that morning. To this day, twenty years later, those memories still haunt me.

It wasn’t too long after that when my mother received her first insulin pump. As far as normal dosage went, the pump worked the same as the new shot schedule (dosing with every meal), however, it continuously pumped insulin into her body throughout the day. In the beginning, this led to more problems than what it was even worth.

After my mother received the pump, that first phone call to emergency dispatch turned into one of many. There were mornings that I would get out of the shower, find that she wasn’t out of bed yet, and end up having to not only call an ambulance, but call her place of work and my school to inform them that neither of us would be present that day.

By the time I was fifteen, not only did the local paramedics know me by name, I’d also become an expert on how to treat my mother on my own, so long as she was still coherent. Eventually, I also developed what my dad and I call “low blood sugar senses.” I could be at school and know that I needed to call my mom’s work to have someone go check on her. To this day, living four hours away, I still know when my mom is having a bad day with managing her blood sugar.

My mom has finally managed to figure out the quirks to the insulin pump but every now and then her blood sugar still drops to dangerous levels. She manages, but she’s tired. Forty-seven years she’s battled this illness and there’s constantly new data that’s coming forward to help her manage it. The one thing she wants, however, is the one thing they haven’t been able to discover. I’m tired of watching her suffer and it’s my hope that one day, before it’s too late, scientists will be able to give her the one thing she has always wanted: Freedom from the curse of type 1 diabetes.