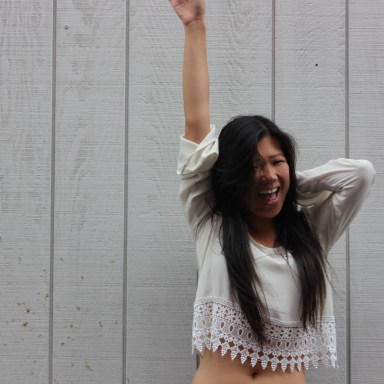 Someone once told me that boys always come back.

Ask me three years ago whether or not I believed her. How dumb, I thought. Why would they come back if they’re the ones that chose to leave?

Ask me now whether or not she was right.

I’d tell you she was omniscient.

In those three short years, I learned that heartache will eventually be greeted with return, and to be quite honest, that’s the most disheartening part. Because then why did they leave in the first place? Or, better yet, why did it take a new girl for them to realize how good they had it?

Days filled with tears and weeks clouded with frustration all boil down to their infamous returns. So why worry about it? Why spend so much time thinking about what could have been or how it played out? Stop questioning why they left because sooner or later, you’ll hear from them again.

You’ll run into them on campus or see them at local restaurants. They won’t say anything at first, but you’ll be on their minds.

In some instances, you’ll hear from them a couple hours later. Other times, it’ll take a few months. Either way, don’t say I didn’t warn you. Ideally, they’ll contact you when they’re single; but it doesn’t always work out that way, does it?

What to do after they come back is your choice. Accept them or reject them. That’s your decision to make.

But for the time being, stop wasting your time worrying. Put your energy into the person who matters most: you.

I'd like to thank all the f*ckboys in my life for providing me endless content & forever GO BLUE.