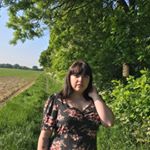 I’m 24 years old and for some, the fact that I’ve only had one relationship is mind-blowing.

‘Wow! Weren’t you lonely for all those years?’

Yes, and no. I mean, sure, I did feel alone some days, especially in my late teens,  when all of my friends were happy and in love.

I thought maybe something was wrong with me. I look back and realize how silly I sounded back then, but being 18 and alone had its tough times. And its good times.

‘So, wait…you really haven’t had a boyfriend until now?’

Yes. I don’t really count the tinder messages that led to nowhere. Or the five dates I had with a guy who ended up ghosting me on Valentine’s Day.

My late teens involved nights out with friends, thinking I would meet someone at a club, but just meeting a bunch of people I saw once and then never again.

Anyway, I have never had a relationship until this one. And I was 21 when I met him.

‘I don’t know if I could only have one relationship, I would need to be with more than one person to know what’s right for me…’

That’s great if that’s how you feel.

Everyone has their own personal preference, and that’s fine. I just might not have the same preference as you.

I am totally in love now and it’s amazing. That being said, I don’t ever wish I had more experience with love — I am learning as I go and to be honest, I see this relationship lasting forever.

That’s what I’m hoping for anyway. What most of us hope for.

I have learned a lot from my relationship, especially it being my first and at quite a later age than most.

When you’re not looking, it just happens…

I do believe this to be true for me, anyway. I spent two years on dating sites talking to lots of different guys and going nowhere.

Before I met my current boyfriend, I had been on a couple of dates with someone and, as I mentioned, and they left with no explanation.

I then decided to stop looking. I deleted all of my dating apps and went about my single business. I didn’t feel like I needed someone anymore. So, I stopped trying.

And then, a few weeks later, some friends set me up with my would-be boyfriend and the rest is history.

It may not be the case for some, and that’s okay. But for me, the minute I stopped looking, I learned more about myself and then it all just happened.

You don’t always need someone to love you in order to feel worthy.

Having gone through quite a lot of tough times in my late teens, I never felt truly worthy.

I thought all of this would change when I had a boyfriend. That they would love me unconditionally and it would suddenly make me feel 100% worthy.

I’m happy to say that I’m working on it, and I finally see myself as worthy of love.

It just took me a while to figure out that I was the one who needed to learn it first.

Relationships can help you learn more about yourself.

Through our ups and downs, I’ve learned so much about how I deal and react to things.

I always said I would never be the ‘jealous’ type, yet I have to admit to going through his phone to check the text messages he had sent to a friend, who was a girl.

I had become that person. The person I swore I would never be. However, you learn, and you grow.

I have grown so much and so has he. I know how to leave the room when we have an argument so that I can calm down. I know when he is sad or stressed without him saying a word. I know that when I am sad or stressed, I don’t have to say a word—he knows, too.

Relationships are funny things. For so long I wished for one. I spent years thinking I would never find a boyfriend and end up alone with 50 cats (though I can still see the 50 cats thing happening).

I used to think so little of myself back then, and relationships won’t always change that.

You have to help yourself too, which is what I did.

So, yes, I’m 24 years old and in my first relationship. I wouldn’t change a thing.

I write about anything and everything. Follow Jessica on Instagram or read more articles from Jessica on Thought Catalog.

Why I’m Dumping All My Guy Friends

I Love You Enough To Let You Go

I Am Trying To Find My Confidence Again