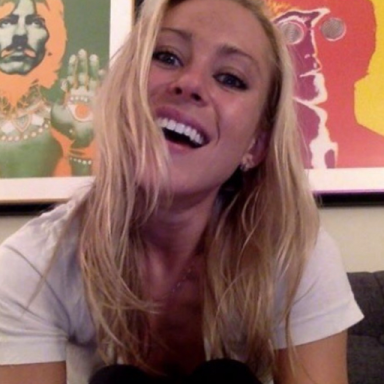 For some reason, as we further our lives and begin building careers, we allow this thing to fall behind. We focus on resumes and five-year plans and barely notice as our thing slowly becomes a hobby, a passion, and then finally, a distant dream. Suddenly we are confronted with a wave of anxiety, a visceral feeling that part of our soul is suffocating somewhere deep inside. We feel lost, anxious, and wildly uncomfortable.

The thing about your thing is that it’s always there, always part of you in varying degrees. As your life situation morphs around you, that thing remains in you. Some people can live their entire existence without acknowledging it, but for most, there comes a point where ignoring it physically crushes the soul.

All of a sudden you’re overcome with the inherent need to do your thing with every ounce of your being, no matter how ridiculous it may seem.

In this regard, I often think about butterflies, more so caterpillars, and even more so, their cocoons. Do they know what they’re doing when they start cocooning?  Or do they just start spinning cocoons one day like, “What am I doing?” but keep at it anyways for no other reason than it just feels right in the moment?

Caterpillars cocoon and then ta-da, they can fly and it all suddenly makes sense. Butterflies exist because caterpillars do their thing. It’s a remarkably weird thing with an even stranger process, but could you imagine if they collectively decided it was too terrifying to leave the safety of the ground and cocoon?

So then at what point did it become the norm for us to fight against this inherent urge that lives within us, to fear the thought of life-altering transformation with the force of a great typhoon, to sacrifice our souls in exchange for a normal, comfortable existence?

That we would rather dig an early grave than succumb to the quasi-nonsensical process of soul transformation blows my mind to bits.

However, I’m guilty of this too.

Most of us just want to fit in. We want to get ahead and know what’s up there waiting for us when we arrive. Self-discovery requires an air of playfulness, a jolly soul inquisition of sorts that’s not for the stiff of heart. It’s messy and uncertain and painfully humbling, and in today’s modern society, this translates to generationally terrifying.

To accept yourself means to accept all parts of yourself and to understand that there’s not another soul on this planet that matches yours entirely. Those differences, inconsistencies, eccentricities, that’s where life is.

Instead of seeking things you recognize, try opening yourself up to things you don’t. Explore what scares you. Screw your limits, dare to live a life that isn’t spent worrying about whether or not you’re doing it right.