Amidst the confusion, miscommunication, and heartbreak, I wouldn’t deny that what we had was irreplaceable. Whatever we had, although we never really labeled it, we had a good run.

The laughter spent on my bed just before we fell asleep, the drunken nights when I’d take you home with no motive in mind, or the times that our silence brought us nothing but comfort would not be erased from my memory. I couldn’t assure you that no man can top you, but one thing’s for sure; you’ll always be their biggest competition in my life.

I’ve been told that it’s wrong to make someone your standard – the person everyone has to measure up to. Maybe it’s even harder that I placed you on a pedestal when I never had the right to.

I’ll never know if that was the reason why you had to leave, because you felt like I was expecting something you could never give but I want you to know, I never expected anything grand or extravagant from you. I placed you there because I knew then that you were it for me. This goes without saying that you made me believe in something I’ve lost faith in. You were my silver lining.

But as our distance grows bigger and our hearts farther apart, I think it’s best for me to let you go.

In a matter of weeks, I’m letting you go. Start anew, start fresh, start my life without you. I should’ve done this months ago, but why start in the middle when every year, you are given a time to start with a clean slate. I was never a believer of change, but after you, I learned that it is possible because that’s exactly what you did to me.

They said that sometimes the kindest thing to do is let people go. And yes, in a few weeks, when the clock strikes 12 on January 1, 2017, I’m letting you go.

This is Me Letting You Go, by Heidi Priebe 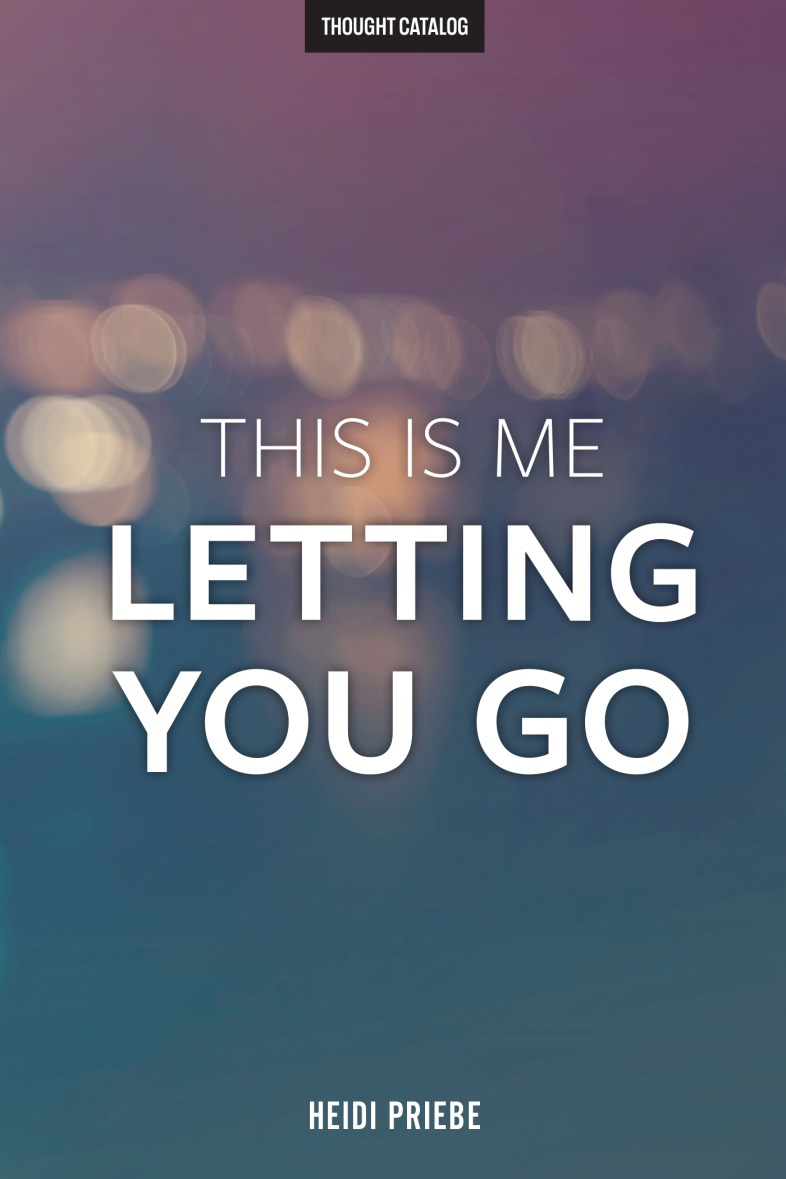