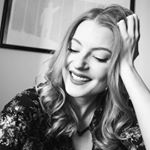 Psoriasis is defined as, “a common skin condition that speeds the process of the skin’s lifecycle, causing cells to produce faster and build upon the surface of one’s skin.”

In simple terms, your skin cells freak the hell out. They think they need to produce 10 times faster than they actually do, causing a build-up of red, flaky skin to develop on your elbows, legs, arms, ears, fingers, etc.

Some cases are more severe than others. In some cases, you’d think it was just a little skin rash. For others, it’s red patches that cover entire limbs. Regardless, it’s a skin condition that causes great discomfort and insecurity in sufferers. In fact, psoriasis sufferers are two times more likely to develop depression and anxiety than those without psoriasis. It’s a pretty crappy time.

If you’re a psoriasis sufferer, here’s a list of eight things only you will understand:

1. You’ve tried every skin treatment – even the weird ones.

Psoriasis sucks – so naturally, you’re always on the hunt for something that might ease your symptoms and reduce redness. So, if that means rubbing organic honey on your scalp or moisturizing with watermelon juice, you’re probably going to try it. It doesn’t matter what the remedy is, you’ve likely already tried it, multiple times.

2. You’re used to the stares, but it still sucks.

Your skin is different. And while that’s not a bad thing, it’s sometimes painful to know people are staring at the one thing that makes you endlessly insecure. At this point, you’re used to it. But it doesn’t mean you wish you could wear shorts without people giving you looks of concern, fear, or disgust.

3. Your biggest fear is a poorly timed flare-up.

Flare-ups are caused by different things for different people. From dry winter weather to stressful weeks at work, flare-ups are awful and seemingly inevitable. So, if prom, your wedding, or a vacation is around the corner, chances are you’re riddled with stress because you want to avoid a flare.

If you have psoriasis, chances are you’ve explained the condition so many times you could recite it in your sleep. Yes, it’s itchy. No, it’s not just a rash. Yes, I’ve seen a doctor. And for goodness sake – no, it’s not contagious! At this point in life, if one more person asks I’m going to take a step closer to them, look them in the eye, and say yes.

5. Dating can be awkward.

It’s one thing explaining your condition to a close friend or co-worker, but opening up to a potential love interest is a whole different ballgame. You feel inadequate, less attractive, and your confidence plummets. Now you’re expected to explain the whole thing and they’re supposed to act like they don’t care? Yes, it’s awful, but the right person accepts you for who you are.

6. Your wardrobe is carefully selected and crafted.

Depending on your psoriasis battle, your wardrobe is usually altered to accommodate flare-ups. For some, that means wearing pants in the heat of summer, refusing to put your hair up in a ponytail, and always having something around to cover up if you need to. It makes shopping for bathing suits, dresses, and summer clothes a little complicated.

7. You’re used to feeling insecure, then great, then insecure again.

Psoriasis is a lifelong thing – it doesn’t just go away because you tried a new medication or altered your diet. A lot of the time you’re battling with yourself to feel comfortable in your own skin. One day you feel amazing and it doesn’t bother you… the next, you don’t even want to leave the house. It’s a constant battle of learning to love yourself for who you are.

Yes, it’s hard living with psoriasis. It’s a wild adventure full of twists and turns and confidence blunders… but at the end of the day, you’re still learning how to love yourself. Just because you’re different doesn’t mean you’re any less worthy of a beautiful life full of love, passion, and confidence. Don’t let your psoriasis stop you from loving you.

I don't know how to braid hair Follow Jess on Instagram or read more articles from Jess on Thought Catalog.

7+ At-Home Remedies To Help Keep Your Skin In Check

I Got Rid Of Almost All Of My Psoriasis — Here’s How You Can, Too