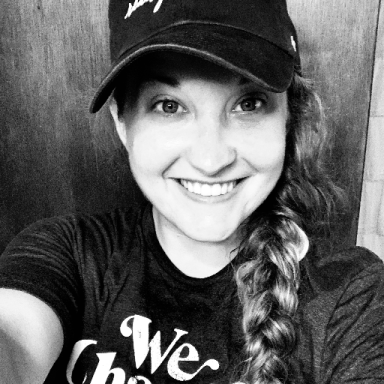 She woke up in a panic.

It was the middle of the night—no lights were on and no noises were heard. She was alone; completely and entirely alone. This silence scared her. She knew why she woke up suddenly, uninterrupted. She woke up because subconsciously, she wasn’t at peace with the loneliness in her life. Her body, her mind, her soul could all feel the vast emptiness that was within her house, but even more so in her life.

This was something she was going to have to combat and figure out how to get past in order to move on and live her life. Her chest felt tight, like there was a sense of impending doom, but in reality, nothing was happening. The world was moving on around her, but she felt stuck, unable to move. She felt as if she was looking at her life from the inside out. It was an oddly scary feeling, to feel like a stranger in your own life when you’re in your own house. But this was an uncomfortable awareness and reality that was becoming more and more true to her identity and life with each day that passed.

The days passed oh-so-slowly, yet too quickly. The loneliness and emptiness she felt on a regular basis were becoming too much a part of her. She was becoming a person she didn’t recognize. A person that cried without a real reason to do so, except for the fact that her mind and body and life and spirit and soul were not in alignment with each other.

Again, she felt like a prisoner, a stranger, a bypasser in her own damn life. She was young, smart, and beautiful; from the outside, she looked like she had it all together. But when you got in deep enough, you saw the scars that she wore so well on her heart.

She cried herself to sleep at night with a hope, a prayer to a god she was unsure of, that someday would get easier. That one day she would be able to lie next to someone that loved her and respected her and was a good person on the inside.

But in the meantime, back to the loneliness. She tries to put on a brave face, she tries to open up to people, to tell them that everything is alright. Some days she honestly believes that, but on others it’s very hard to muster up the confidence to put on a smile for the world. She has good people in her life, but no one really knows what goes on in her mind.

This is the problem she continues to have throughout life. No one can seem to understand her loneliness because her life doesn’t seem that bad. She has a good education, a decent job, a house, a car, money; she has the material things that most people wish for. This sense of privilege makes her feel guilty most of the time when she looks at her life and her seemingly small problems. She shouldn’t be so damn hard on herself or throw herself a pity party, but she does anyway. In a weird way, it’s the only real comfort she knows. Her loneliness is the one company that she can’t seem to get rid of, even when she wants to. It’s the one piece of her and this life that never leaves. Everything else, everyone else, seems to leave eventually.

So, enough of the loneliness for now.

She woke up in the middle of the night. She looked around, but no one was there. She got up from her bed in a haze, but thought it was the responsible thing to do for her safety. She looked around her house: in the small bedroom that is used for storage, in the main room that is used for the house projects she’s trying to finish in order to give her life meaning and purpose, in the living room where she spends too much time, in the dining room that represents the unfinished goals of her education, in the kitchen where she feels the most at home when cooking, and the other spare bedroom that is blocked off by a curtain for a door.

This is her house. This is the house that she is growing in and creating space for herself in. She is trying to make her own life and her own happiness. It’s not about the house and what’s inside of it or what material objects she owns. It’s what her space represents for her—this is about the love, the care, the upkeep she does with her space, to make her feel good.

She didn’t find anyone in the spaces in her house. So she stepped outside to take a deep breath in. For some reason, being outside in the silence in the dark with the stars is the one place she feels at peace. She feels she can talk to God or the Universe or nature, whoever is listening and connecting with her. This was when she felt the most protected in this life.

So she wrapped herself in her slippers that were worn down and her coat that was bigger than she needed. She grabbed an old cigarette from the package she didn’t touch except for times like these. She stepped outside into the cold and didn’t hear anything. She didn’t see anything or anyone, either. She figured her mind was playing tricks on her again, as it usually does late at night, or anytime of the day for that matter. So she stayed outside and connected with her Source, and she felt a little lighter in her soul.

She dreaded going back into the house, where she would have to crawl into her big, cold bed alone. But she’s done it night in and night out for many years now, so she knows she will be okay and she’ll get through it and she’ll wake up in the morning and life will go on and she’ll forget about her loneliness for a while. She’ll go to a job she likes but doesn’t love. She’ll talk to her coworkers in a friendly, professional manner. She’ll be nice and helpful to her students. She will be exactly what she is supposed to be in this world to everyone else. And she’ll do it well, with a smile and grace.

So she goes to bed. She falls asleep quickly, as a lost soul typically does at night to avoid anymore feelings.

She was never alone. She was with all her ghosts.