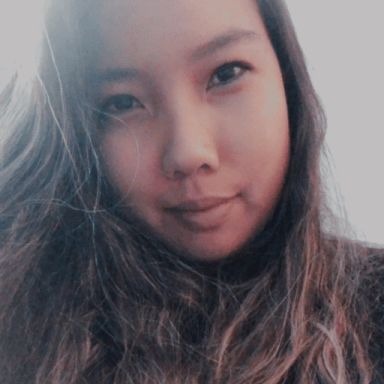 When I write, I try to speak some truth that I feel like I’ve experienced. It may only be my truth, but the most I can do is share it and maybe it’ll help someone discover theirs.

But there’s been a story, a series of stories, that have taken me 11 years to write about. And I’m writing about it now, not because I’ve found my truth, but because I’ve discovered that sometimes you just won’t ever know what was real. And sometimes, finding your truth isn’t as important as just saying whatever it is that you need to say.

The truth is, I don’t know what my truth is.

In a world of sharing our most authentic and vulnerable moments, I’m not sure how real we’re really being if we’re only sharing it after we’ve crafted a story around them.

A number of years ago my last sexual assaults have happened. But this isn’t a story about that. It’s about my struggle of finding my truth in them.

But then, when it was all over, each time was followed by an overwhelming sense of guilt. Of feeling like I should have done more or said something. Of feeling that if I’m responsible for my own destiny then it must be my fault.

And the worst part of it all is the doubt. They talk about victim-blaming but no one tells you that the person who’ll victim-blame you most ruthlessly is yourself.

Most heartbreaking of all, it makes you question yourself. Every part of you.

Every part of you shatters a little bit and each time you get a bit better at holding it together so the pieces don’t drift too far away. You take a deep breath and go off to collect them back again. But even then, each time, you miss a piece or two that you’ll never really get back.

The first time it happened, I wasn’t even quite sure what had happened. I was so young and it wasn’t something people talked about. It took me years to understand what had happened and give myself permission to feel the repercussions of it.

The second time it happened was the worst. I think it would have turned into rape if I wasn’t on my period – that disgusted him apparently.

The third time it happened was at an entrepreneurship event. I remember walking into that room and feeling like I’d finally “made it”. I didn’t belong there, but I got my foot in the door. And I was reminded of what I was really there for – to be another’s source of entertainment.

This fourth time I wasn’t even caught off guard anymore. This is just what happens. And it’ll keep happening, again and again. It’s not a matter of IF I’ll be sexually assaulted again, but when. And I decided that I wasn’t going to let myself sacrifice anything more because of it again. I’ll just face it head-on, because I’ve had enough practice.

I’m telling this story now because it’s only in the last few months, I realized how far down I had buried all of this. I didn’t want them to be part of my story so they weren’t.

When everything started coming to light on social media about how often women were sexually assaulted, I remember thinking “I can’t imagine how that would feel, that must be terrible” – as if it had never happened to me. I had suppressed it so far down that I had almost erased it from my past.

Almost. But I’ve learned something this year:

That to do all the things you want to do and be the person you want to be and all those wonderful things we tell ourselves about what we’ll do in the lifetime, we can’t selectively choose the parts of ourselves we move forward with.

You’ve been hurt before. You’ve been scarred. Maybe not like this, but everyone has in one way or another.

And what I’m trying to say is that it matters if you’re whole. It’s important that you’re fully, 100% you. Not because you need it to achieve whatever you want to achieve or make the impact you want in the world. But because, quite frankly, it really sucks when you’re not. You’ll feel it one way or another, one time or another.

And you can’t just selectively choose to integrate certain parts of yourself. You’re either whole or you’re not. You’ve either dealt with all the loose ends in your life or you haven’t. You can’t run away. You can’t bury them deep inside you and pray they don’t come out.

There are probably parts of your past that have taken parts of you that you need to go back and collect.

I wish I could tell you I’ve emerged from the other side of the tunnel and it’s all worth it. Quite frankly, I still have no idea what the hell happened each of those years. I don’t know what my story is or what my truth is. But that’s okay, I’m telling what I know anyways and that’s half the battle.

Capturing moments of the human experience, piece by piece ✨✨