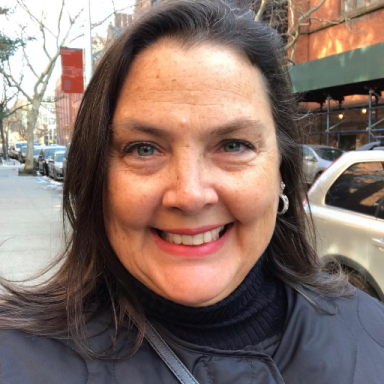 Our language is constantly evolving, and I’ve been thinking a lot about the pronouns used when we talk about gender identity. The reason gender pronouns have been an important topic for me is that this past two weeks, I have come to know and get closer to a couple of family members who identify as non-binary; I also have several LGBTQIA friends. At first, I was confused and honestly put off by these pronouns. But try not to be; understanding is just some research and an open mind away.

Gender pronouns are pretty straightforward and easy to understand.  The pronouns used vary. They’re a personal expression of gender identity (but not always—you’ll see why when you read further down). Some people are understandably sensitive about their gender identity. Individuals have fought for centuries for their authenticity and individuality. The struggle is real, and gender identity has evolved with every small win, from women’s rights to LBGTQIA rights. Women fought to vote, govern their bodies, and overcome the barefoot and pregnant female stigma so they could slap those boots on and walk out of the kitchen, LGB individuals risked everything to come out of the closet, and those brave people have now set the stage so we can work towards the use and understanding of specific identity pronouns so that we are no longer bound the blanket traditional He/She. Here’s a short list of gender identity pronouns in case this is new to you (embrace it, insert it into your vocabulary, and be conscious of these identifiers when you’re writing about someone):

We have come a long way from the simply MAN-dominated world of the past. To older generations, these gender identity pronouns are scary, and some say, “I hope this is a passing phase.” But look back as far as the 1930s and ’40s. As a married woman, I would have been referred to as Mrs. Paul A. Brunton. I wouldn’t even have my first name, forget my gender identity. I was absorbed by the man I married. (Chew on THAT for a second! I imagine that would have made him the quicker picker-upper? Yes, I just did that.)

Be careful not to label people; It’s their call. For instance, if a woman seems masculine or a male effeminate, we don’t assume she is he/him or he is she/her. Are you following me on this? Here are some examples of how you will know. They will blatantly come out and tell you! My 1/2 non-binary sibling kindly corrected me when I first referred to them as my 1/2 sister in a Facebook post; they identify as They/Them, so I respectfully changed my post to reflect their preferred identity. (See how easy that was?) LinkedIn has added a spot on your profile where you can state your gender identity. I’m She/Her/Hers (I am woman, hear me roar—my husband does).  Don’t be mistaken; these pronouns are not always LGBTQ identifiers or refer to my sexual orientation. If I use this on my LinkedIn profile, I’m simply saying I respect those using gender identity pronouns.

There is the tendency to say, “Why do people have to make such a big deal over the specifics? Why can’t people stop being so sensitive?” Well, it’s simple: because everyone is a singular individual universe unto themselves that longs to be seen, heard, and understood. We all have the right to be authentic, stand out, or blend in. These days, we’re spoiled for choice. Yes, the world is evolving; it always will, and change is constant. Allow yourself to grow with it. The big picture behind these gender identity pronouns will be processed mentally on an individual basis. Take baby steps if you need to. The use of pronouns is happening whether you agree with it or not. So for the sake of understanding the changes in our language, embrace the pronouns by educating yourself and be kind.

I eat cheese but won't use milk on my cereal or in my coffee.