Skip to content
By Jerome London Updated April 4, 2021
Daniella Urdinlaiz
US President Theodore Roosevelt’s daughter Alice was the quintessential White House wild child, a headstrong, impetuous, rule-breaking woman in an era when women were expected to look pretty and keep their mouths shut. Seemingly from birth, she knew who she was, what she wanted, and she wouldn’t let anyone—not even the president—tell her what to do. And she was acting this way over 100 years ago, making her one of the first modern American feminist heroes.
By Jerome London Updated April 4, 2021
Daniella Urdinlaiz

Even her birth was fraught with trouble, which may have contributed to why she became such a rebel. Two days after Alice was born, her mother—also named Alice—died of undiagnosed kidney failure. On the same day, her father’s mother died of typhoid fever. Teddy Roosevelt was devastated by the dual loss and never uttered the name “Alice” again. Instead, he referred to his rambunctious daughter as “Baby Lee.” 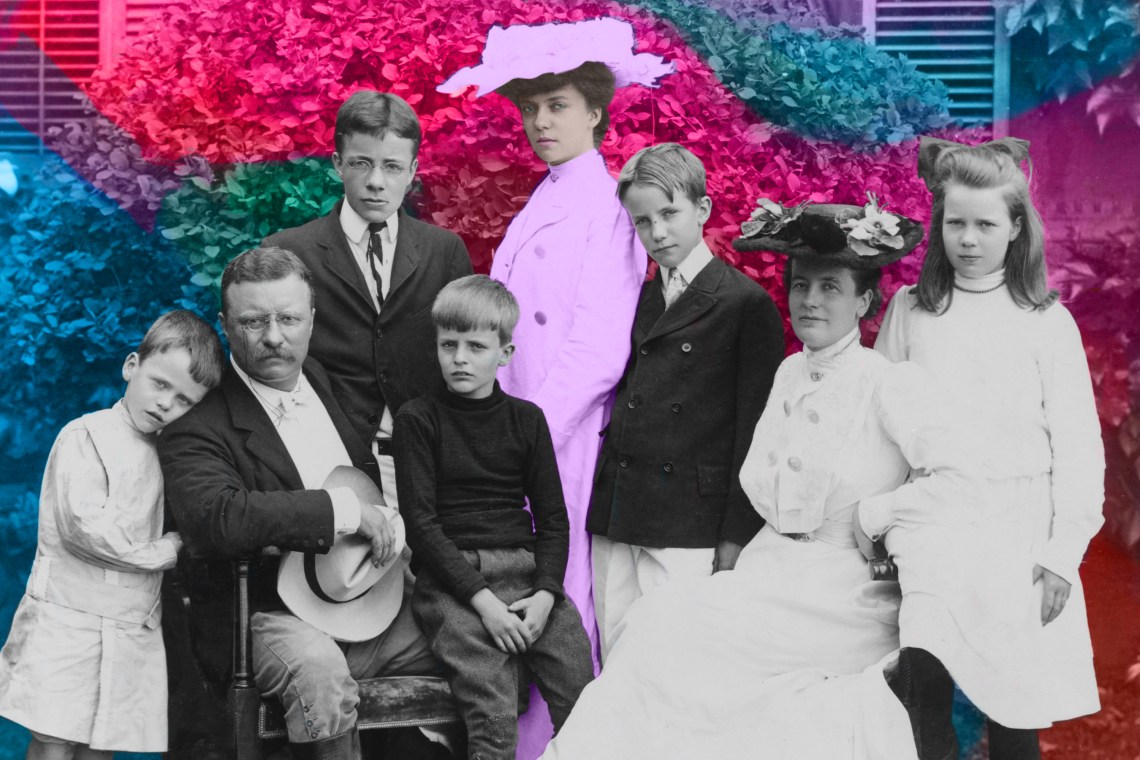 When Alice was 15 years old and her father was the governor of New York, she was such a troublemaker that her dad and stepmom threatened to send her to a very conservative, discipline-oriented school in New York City. Alice wrote her parents the following threat: “If you send me I will humiliate you. I will do something that will shame you. I tell you I will.” Her parents backed down.

A friend of her stepmom described Alice as “like a young wild animal that had been put into good clothes.” 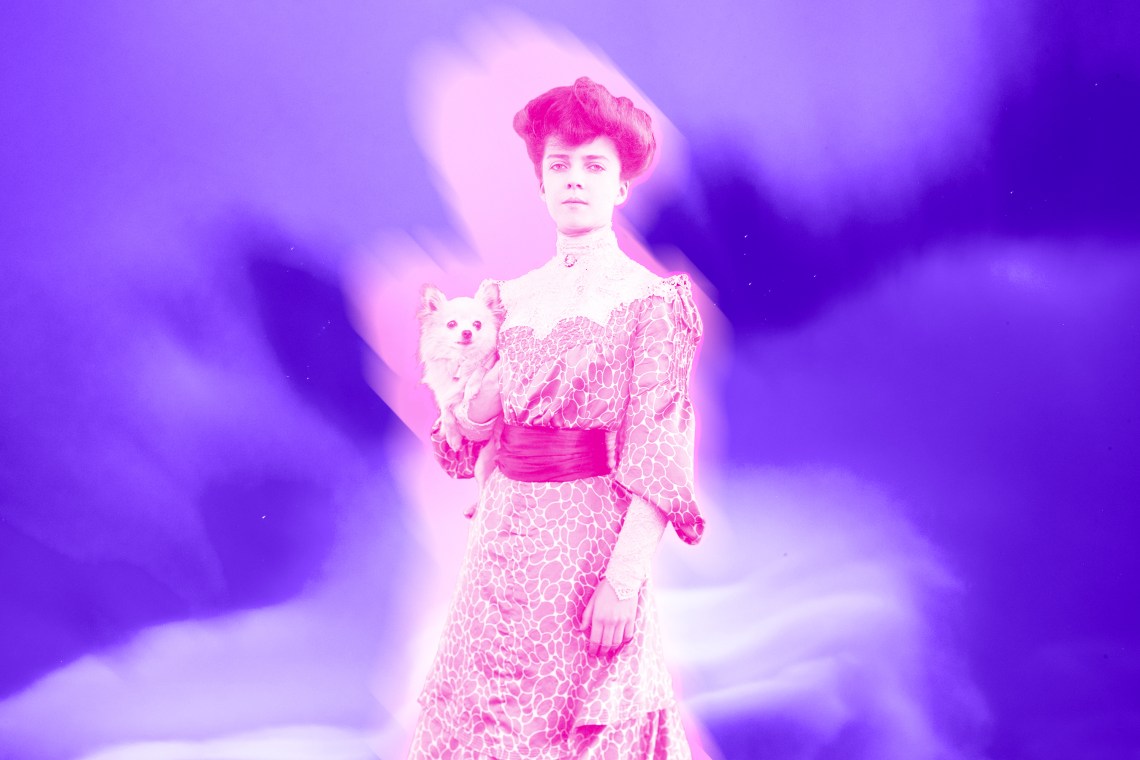 Her stepmom called her a “guttersnipe” who roamed DC “uncontrolled with every boy in town.”

Her younger half-sister Ethel said the rest of the family viewed Alice as “a hellion…capable of doing almost anything to anyone at any time.” 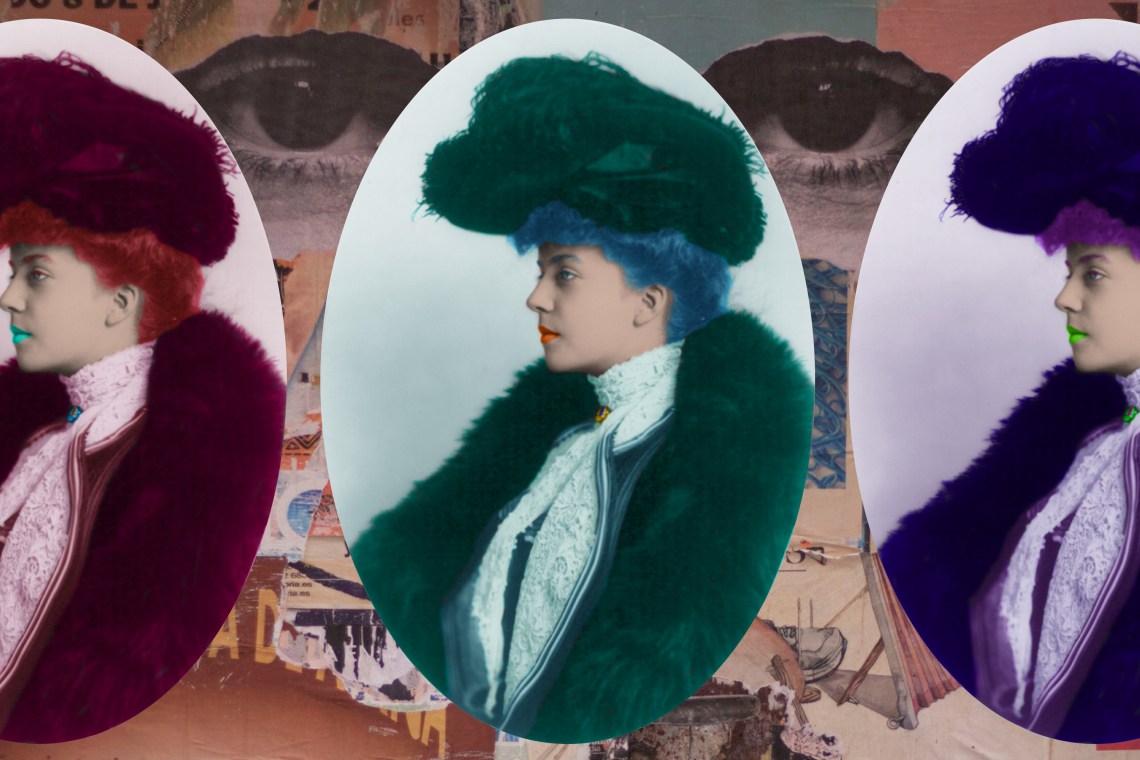 At a time when the overwhelming majority of Americans were Christian and to defame Christianity was akin to making openly racist statements now, Alice was a self-described “pagan” who dismissed Christianity as “sheer voodoo.”

Alice’s misbehavior during her dad’s presidency was very frustrating for Teddy Roosevelt. One day at the Oval Office, after she kept interrupting a meeting between her father and a famous novelist, her dad reportedly exclaimed, “I can be President of the United States or I can attend to Alice. I cannot possibly do both!”

A year after her father became president in 1901, teenaged Alice made her social debut wearing a gown in a grey-blue color that became so popular, it became known to this day as “Alice Blue.” 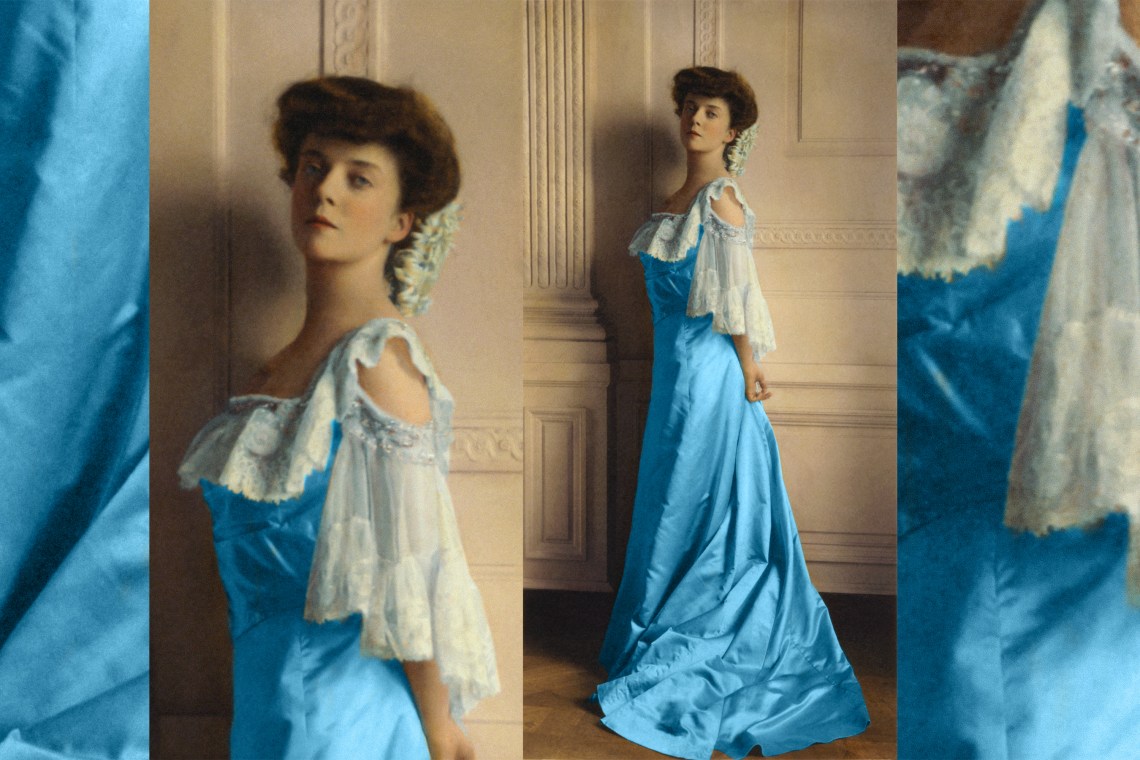 She quickly established a public image as a rambunctious, irreverent girl, doing things that no girl did at the time such as wearing pants, placing bets with bookies, and racing cars down the street—sometimes with boys, sometimes alone. 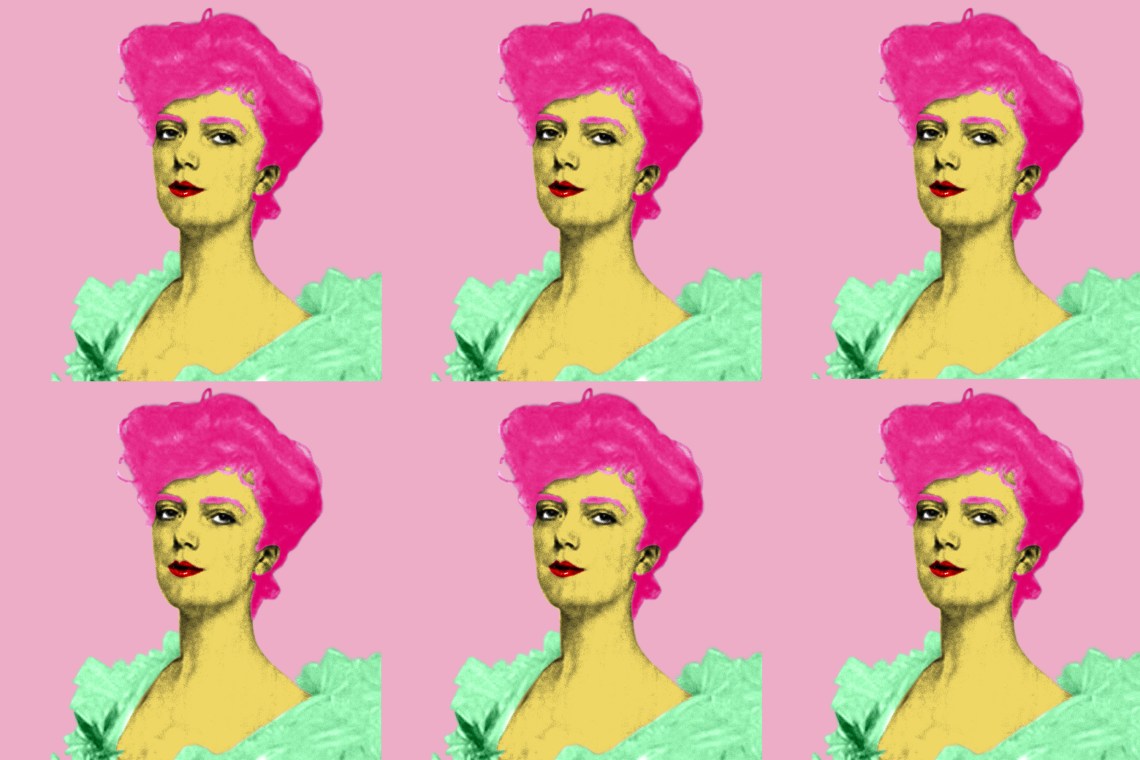 When her father forbade her from smoking cigarettes “under his roof,” she climbed onto the White House roof and smoked cigarettes from there.

At all times she kept a garter snake in her pocket she called “Emily Spinach.” 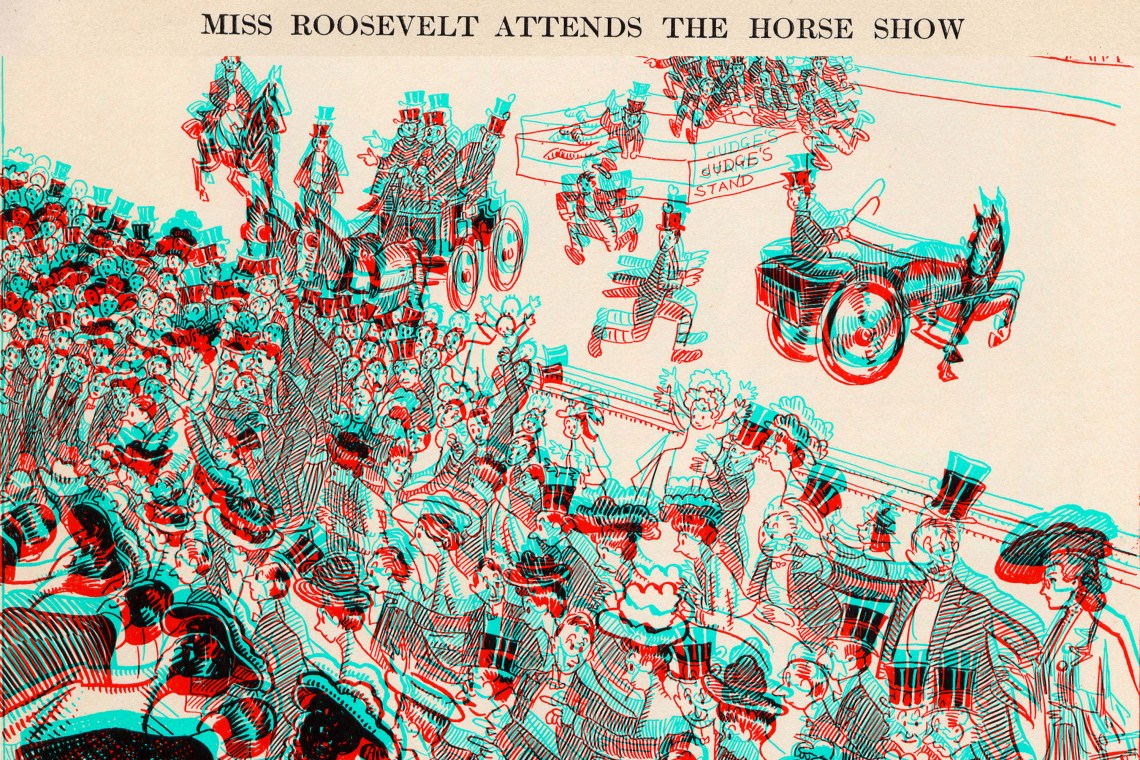 Even though Roosevelt was a popular president, the public loved the mischievous Alice even more. She received so much mail at the White House that her parents needed to hire a secretary just to handle it all.

She was quite the social butterfly. In one 15-month span, she reportedly showed up at 407 dinners, 300 parties, and 350 private balls.

To get his troublesome daughter out of his hair, Teddy sent Alice on a delegation to Asia, where she shocked onlookers by diving into a swimming pool on the ship while fully clothed. She also encouraged Congressman Nicholas Longworth III to do the same.

Shortly after returning to the USA, Alice and Longworth were married. She made headlines by cutting the wedding cake with a sword. 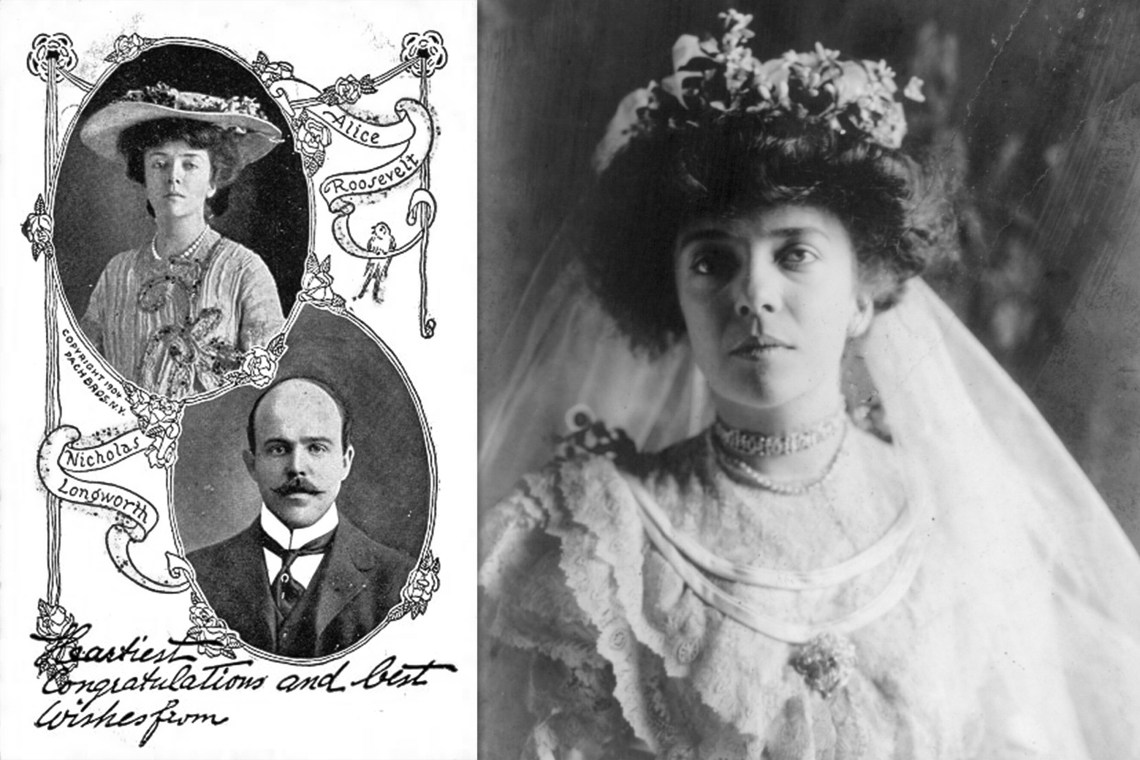 As part of their honeymoon, the lovebirds visited Longworth’s family in Cincinnati, which Alice took to calling “Cinci-nasty.”

In 1908 she pulled a prank by placing a tack on a chair in the Capitol’s gallery at the House of Representatives and looked away when a man sat down on the chair and then bounced back up, howling in pain. 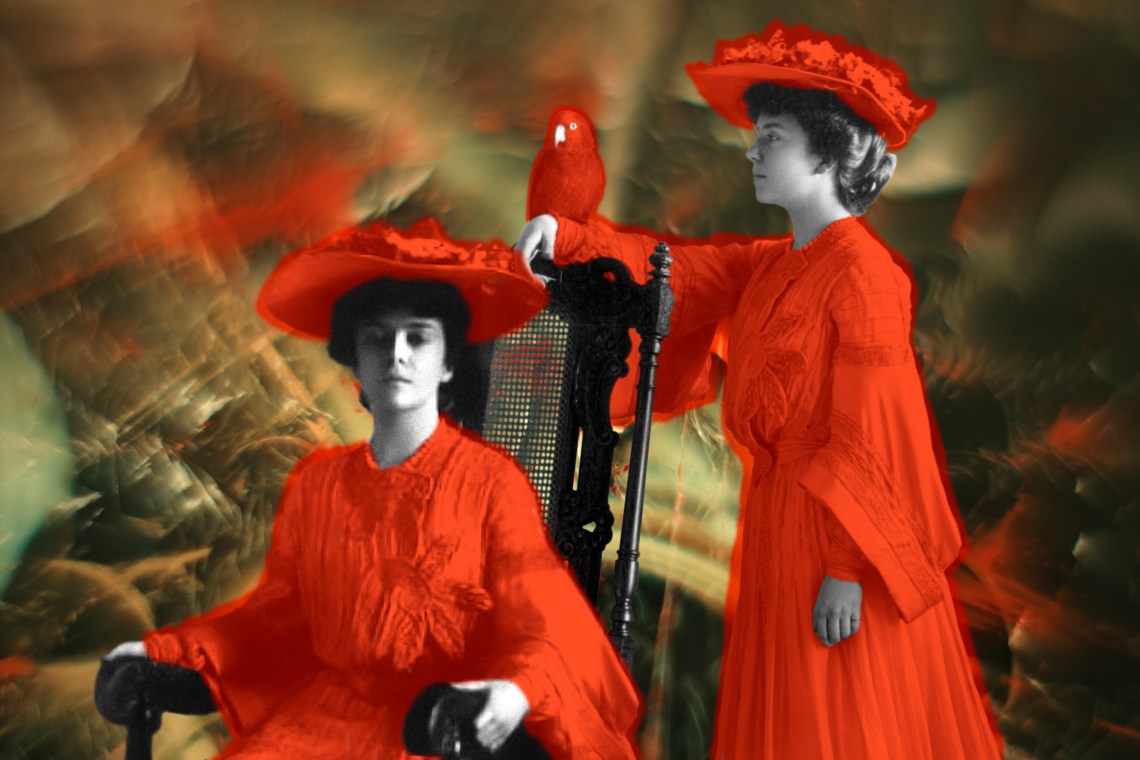 She was banned from the White House by Teddy Roosevelt’s successor, William Howard Taft, after she buried a voodoo doll of Taft’s wife in the front yard.

She was also banned from the White House by the following president, Woodrow Wilson, after telling a dirty joke about him in public. 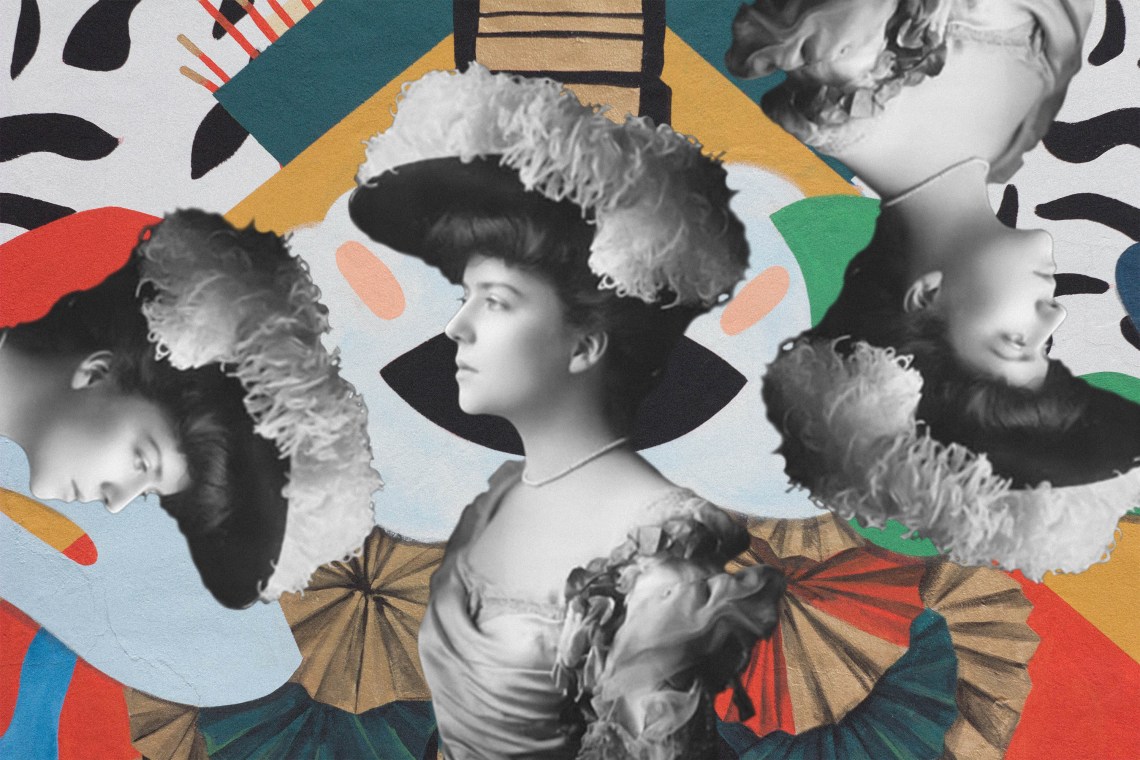 Her marriage to Longworth was marred by infidelities on both sides, and she began carrying on an open affair with Senator William Borah. She even bore his child and as part of her “brilliantly malicious” sense of humor, she considered naming her daughter “Deborah” (AKA, “De Borah.”) 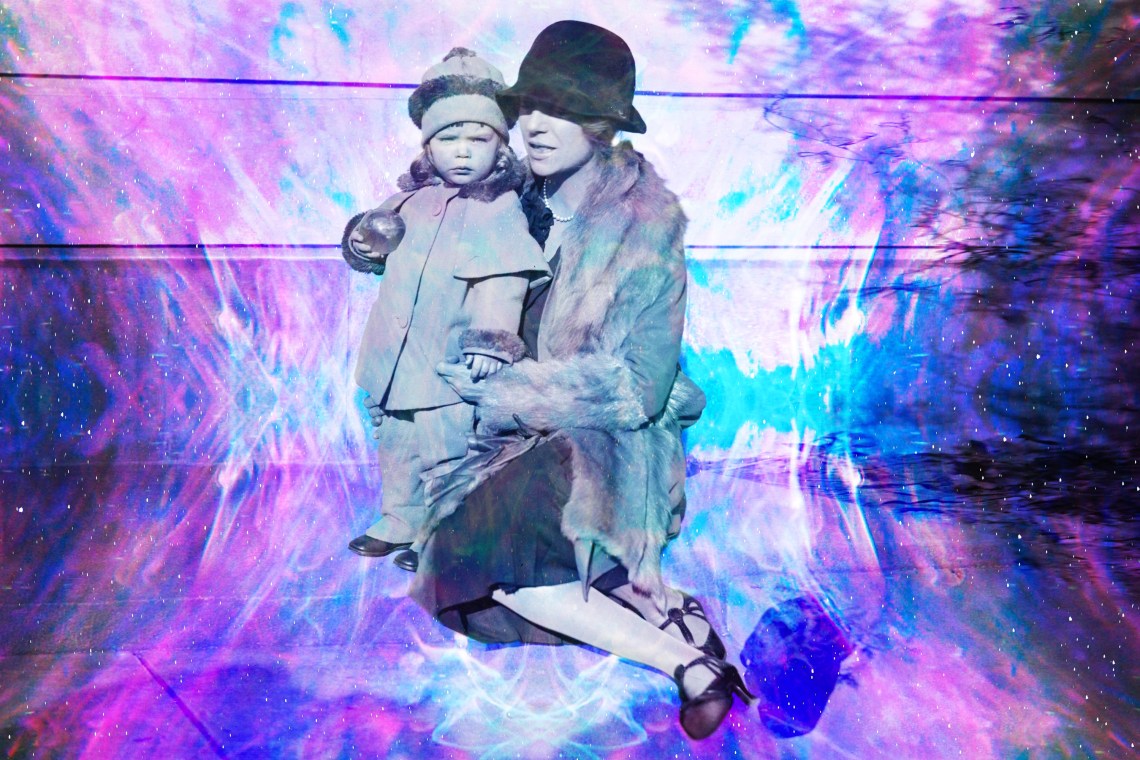 She once said that a Hoover vacuum was more exciting than President Herbert Hoover.

After a second mastectomy in 1970, she called herself “Washington’s only topless octogenarian.” 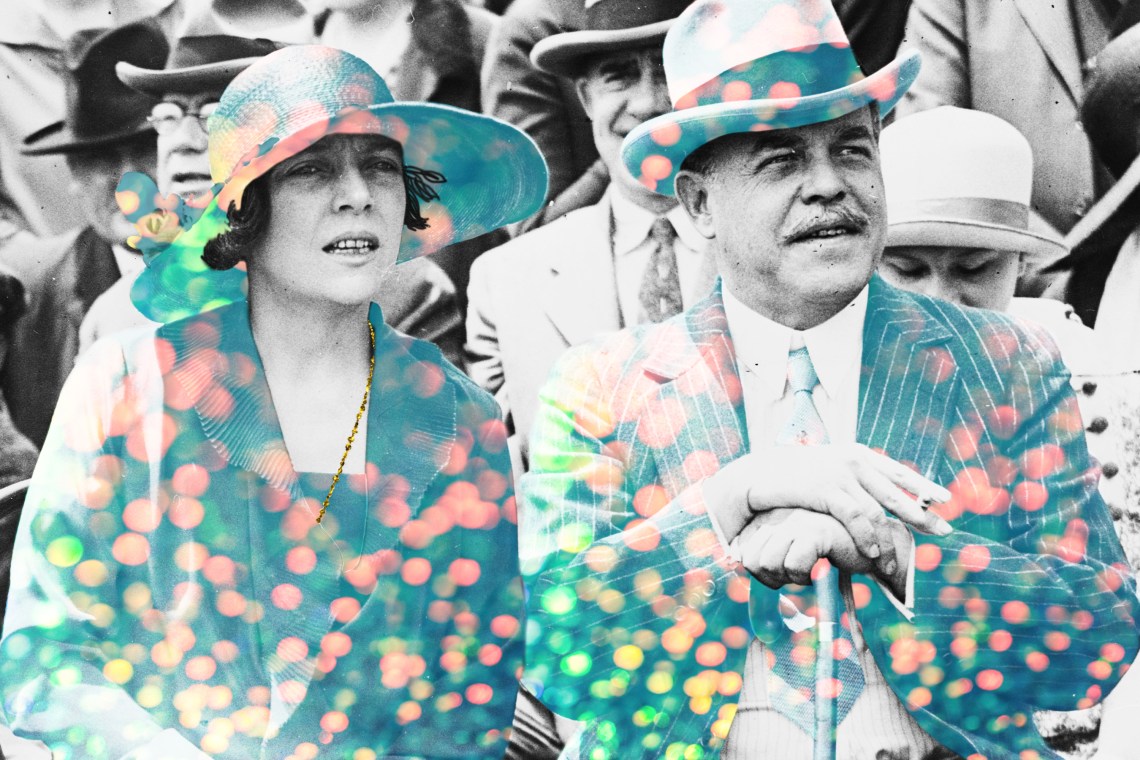 She was such a fixture of Washington social life for six decades that she earned the nickname “the Second Washington Monument.” 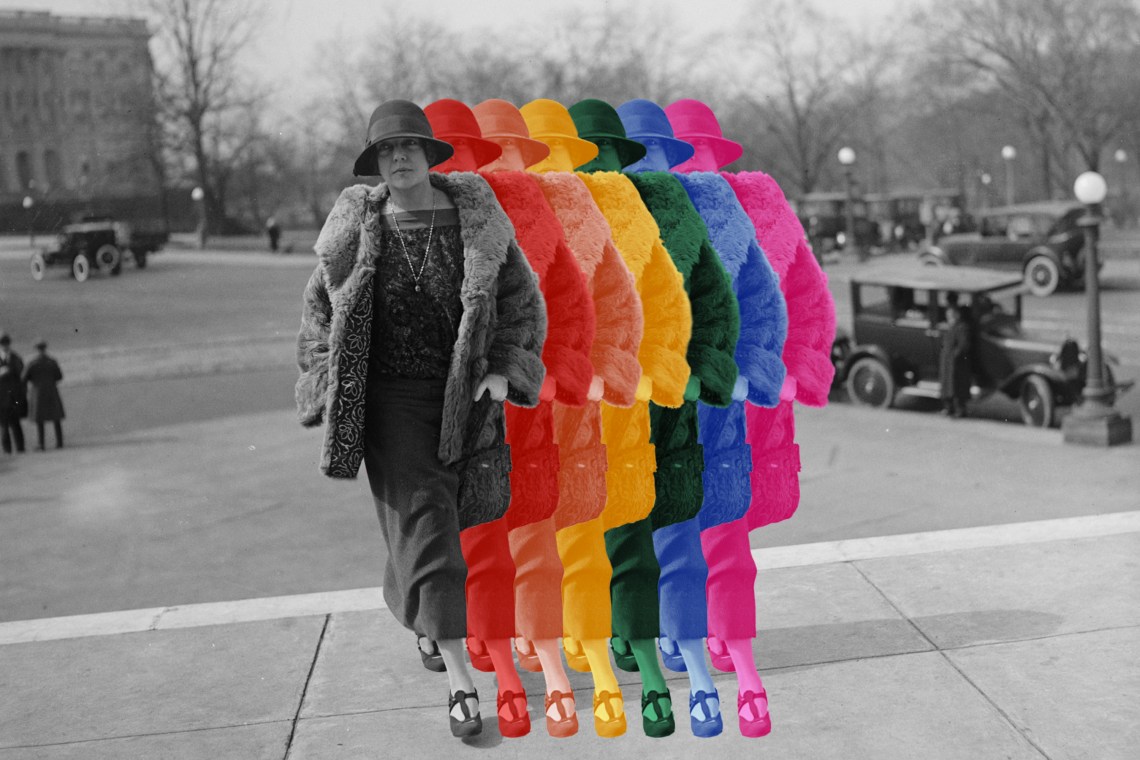 She said her philosophy was “fill what’s empty, empty what’s full, and scratch where it itches.”

She had a pillow that was embroidered with a saying of hers that became her catchphrase: “If you haven’t got anything good to say about anybody, come sit next to me.”

President Richard Nixon called her “the most interesting [conversationalist of the age]” and said, “No one, no matter how famous, could ever outshine her.”

After Alice’s death, President Jimmy Carter—whom she refused to meet while she was alive—wrote that “She had style, she had grace, and she had a sense of humor that kept generations of political newcomers to Washington wondering which was worse—to be skewered by her wit or to be ignored by her.” 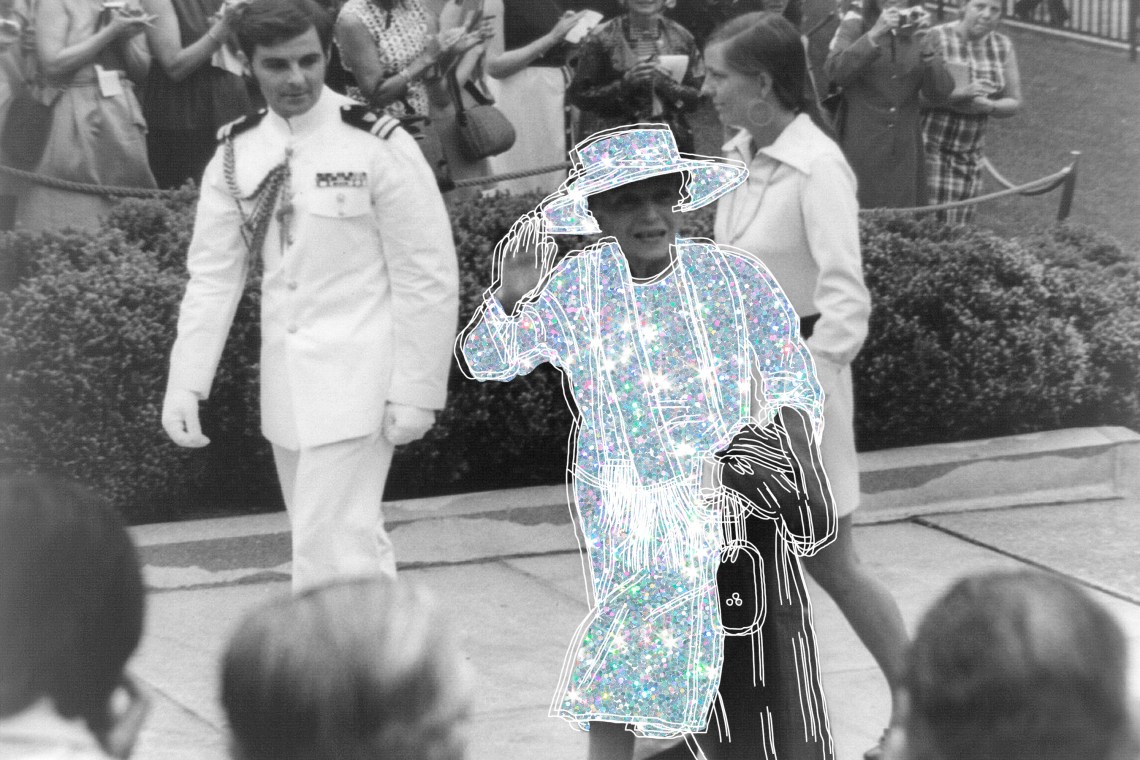 To read some of Alice Roosevelt’s most famous quotes, visit Quote Catalog.