Probably the most successful series of children’s horror books in history, the Scary Stories to Tell in the Dark trilogy was published from 1981-1991 and has sold over seven million copies. On August 9, it’s being released as a major motion picture.

The books, heavily influenced by urban legends and folklore, were written by Alvin Schwartz and illustrated by Stephen Gammell. The illustrations were so nightmarish that several libraries banned the books, which are still so controversial that they continue to rank in the country’s top ten banned publications.

Guillermo Del Toro, who is producing the film, recalls his first encounter with the Scary Stories books:

I basically was roaming through a bookstore, in San Antonio, Texas. I was in my early teens, and I came upon this volume that had an irresistible title: Scary Stories to Tell in the Dark. The cover illustration was so creepy, and I started browsing it, and the illustrations got me first, but Alvin Schwartz’s retelling of the tales was incredibly efficient and lean and mean. It really was like having a campfire between those two covers.

In 2013, CBS acquired the film rights to the series. Three years later, it was announced that Del Toro would develop the project. He was originally scheduled to be the director but now has taken the producer’s role. The film will be directed by André Øvredal, who is perhaps best known for the 2017 horror film The Autopsy of Jane Doe.

The Plot: How Do You Make A Series Of Short Stories Into One Cohesive Film?

The main problem with making a movie based on three books that each contained multiple short stories is finding a common thread to tie them all together. As Del Toro puts it, “The beauty about the book is that each story is self-contained, but that’s the nightmare of adapting it and making it into a film.”

“It’s 1968 in America. Change is blowing in the wind…but seemingly far removed from the unrest in the cities is the small town of Mill Valley where for generations, the shadow of the Bellows family has loomed large. It is in their mansion on the edge of town that Sarah, a young girl with horrible secrets, turned her tortured life into a series of scary stories, written in a book that has transcended time—stories that have a way of becoming all too real for a group of teenagers who discover Sarah’s terrifying tome.”
—Synopsis of the movie from CBS Films and Lionsgate

For the upcoming film, producers decided to base it in a small California town during the 1960s. The film tracks a small group of teens who are tasked to solve what caused a mysterious string of heinous deaths in their town. A girl named Sarah who used to live in a mansion in their town kept a diary composed of scary stories that, to everyone’s horror, gradually come to life in order to cause death.

That’s a pretty clever way to weave multiple separate stories into one movie—have them all come to life individually from a single magical book written by a girl who no longer lives in the haunted town.

Which Of The Original “Scary Stories” Made The Cut And Will Be In The Movie?

The original three Scary Stories To Tell In The Dark books contained a whopping 82 total stories, but a film that incorporates all of those stories would last at least 24 hours, and who has time for that except your lazy, unemployed cousin?

At this point, it has been confirmed that the Scary Stories film will contain cinematic renderings of at least the following five stories: 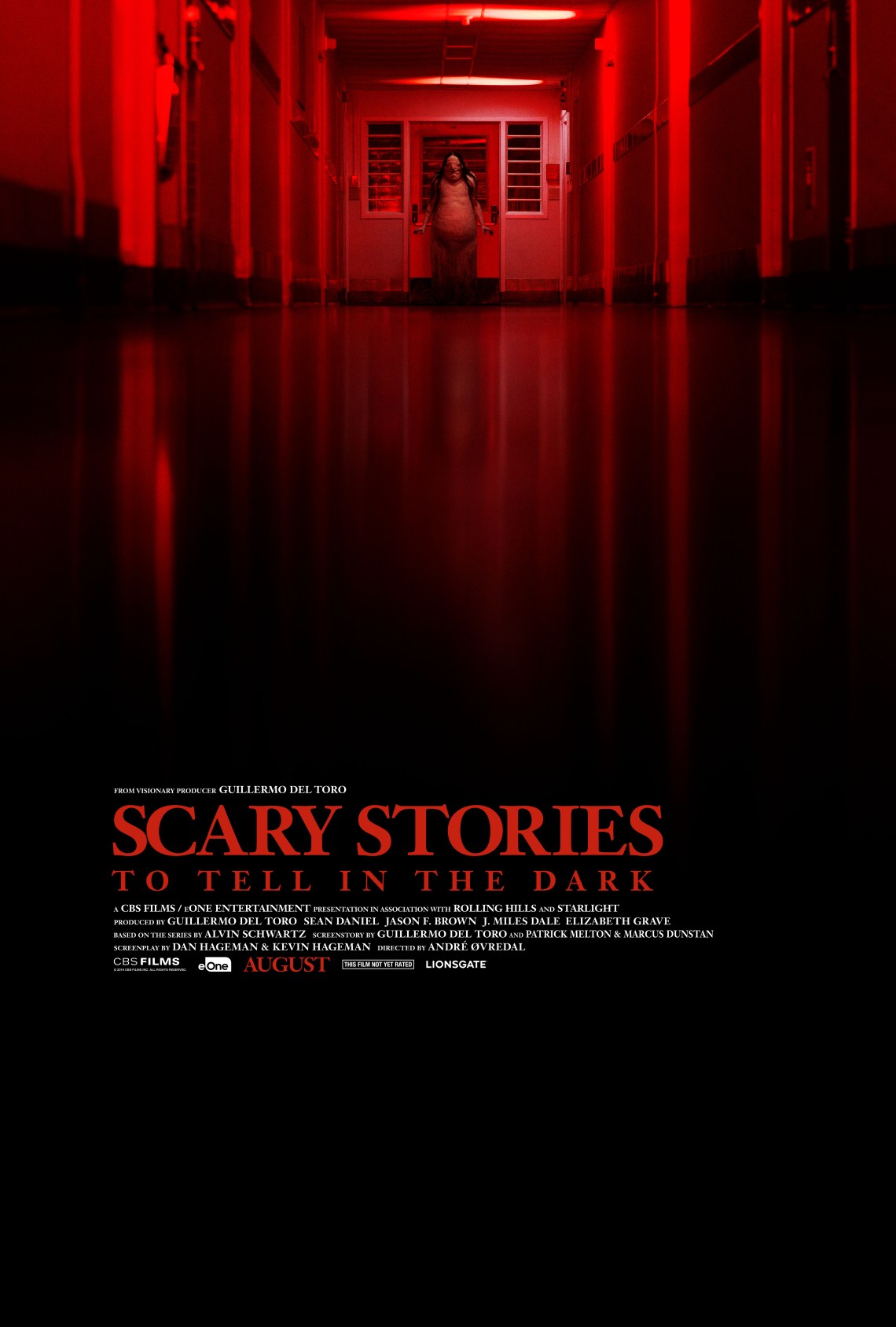 “The Pale Lady” is a story that appeared in the 1981’s debut Scary Stories book. The Pale Lady is a phantom who visits an unlucky artist’s dreams to warn him about a nightmare. As it turns out, she is the nightmare.

A young girl wakes up with a blemish on her face and assumes it’s acne. Then she assumes it’s a spider bite. Well, sorta—once she rubs the red spot hard enough, it bursts open and dozens of tiny live spiders pour out.

This is the only story which may not be based on one of the original Scary Stories. As portrayed in movie teasers, he’s a monster who sort of resembles Slender Man and appears out of nowhere to scare the bejeezus out of people in a shed. Some people think he’s inspired by an intruder who dangles from a chimney in the original Scary Story called “What Do You Come For”?

This was the first story in the original Scary Stories book. It involves a boy who finds a big toe sticking out of the ground and then pulls it loose. He brings it inside to his mom, who cooks it for dinner. He wakes up later that night to discover that the zombie to whom the toe belongs has returned—and wants his toe back.

This story is featured on the movie’s promotional poster. Harold was a scarecrow that two farmers designed merely to scare away crows, but for some reason he also scares the farmers, who begin verbally abusing him, certain that he can’t hear them. Harold retaliates by terrorizing the men psychologically and then finally skinning them alive and letting their skin sizzle in the sun. One should know never to mess with scarecrows—they tend to be a little bit touchy.