A long time ago in a land far away, there was no such thing as Facebook, Twitter, or Instagram. Here are a handful of websites from the wild and woolly early days of the World Wide Web—and they all still work!

Note: Sites are listed in the order that their domain names were registered. Although the World Wide Web was functional until 1990, it was possible to register domain names all the way back to 1983. 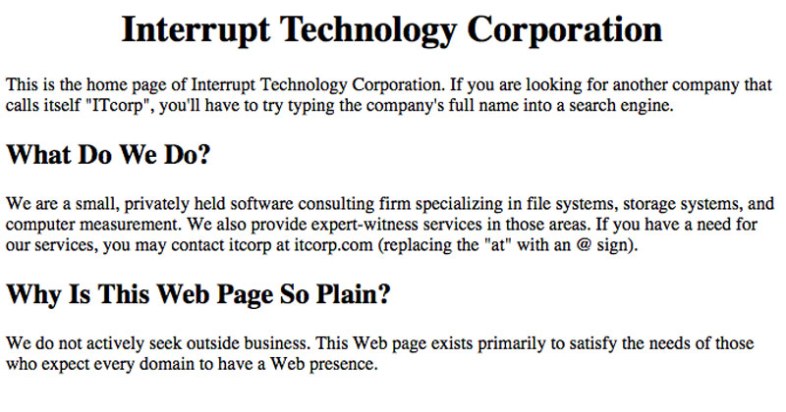 This is about as bare-bones and passive-aggressive as a website gets. It was grudgingly put up by the owners of a company who claimed that they weren’t looking for clients and who added, “This Web page exists primarily to satisfy the needs of those who expect every domain to have a Web presence.” Well, here’s your “web presence.” It’s almost as if they’re saying, “suck it!”

This one clocked in only a month after Interrupt Technology, and WOW does it feature a whole array of newfangled things such as “colors” and “links.” It was updated in 2017 but still has that Bill Clinton Era look to it. 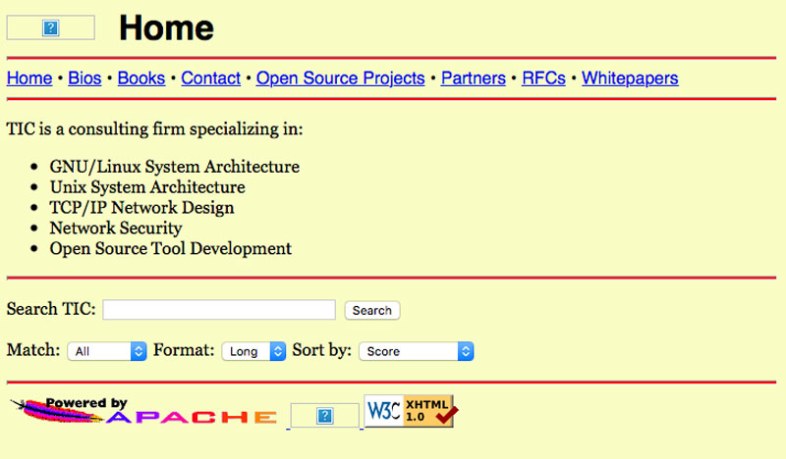 Wow, look at that beautiful background color and those—what would you call those?¬—“images”? This was updated as recently as 2004 but has never once abandoned or besmirched its humble and primitive design. 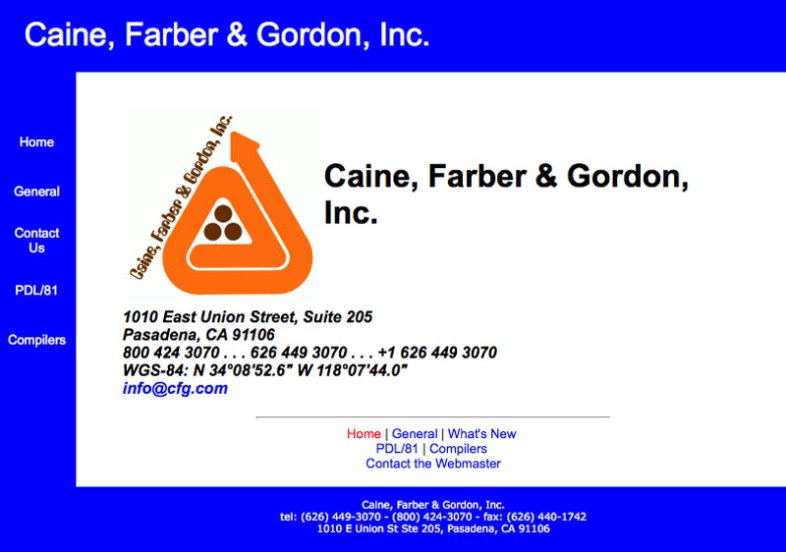 OK, now we’re REALLY getting high-tech. This is the site for a software company founded in 1970 and who still wants to protect you against the Y2K bug. 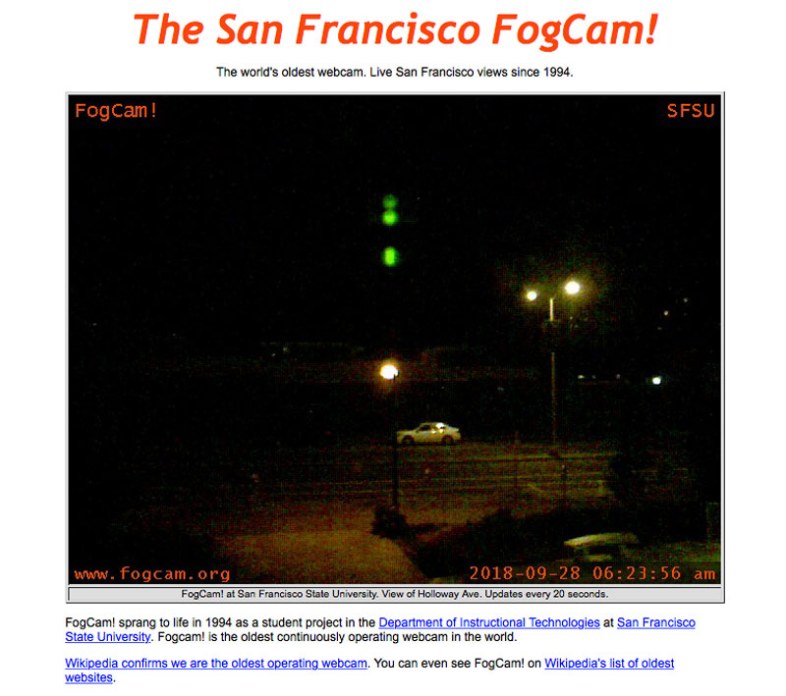 Not sure what’s with the seven-year gap between this site and the last one, but this is the Web’s longest-running webcam. Every minute of every day, it posts a snapshot of what it looks like over a courtyard at San Francisco State University. In case you were wondering, the answer is usually “foggy.”

Webcams wouldn’t become customary on laptops, tablets, and phones until many years later, but students at San Francisco State University were ahead of the game. Students Jeff Schwartz and Dan Wong built the webcam as a prOect to capture student life. It has been taking a snapshot every minute and broadcasting it continuously for 22 years. The oldest continuously running webcam on the interwebs, FogCam has loomed over a San Francisco State University courtyard since 1994. 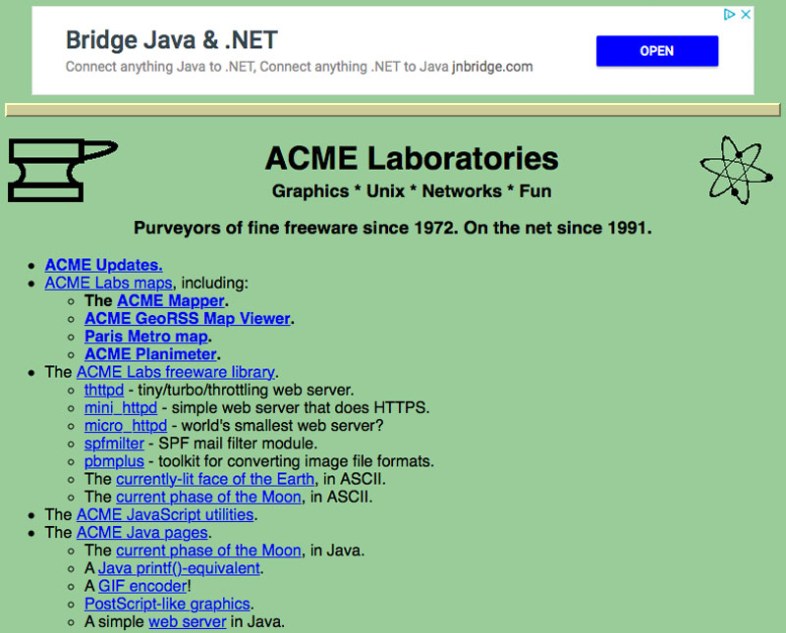 Very basic and very friendly, this is the site of a company who have been offering freeware since 1972, and you can sort of tell just by looking at it. And hey—if the year is winding down and you need to add an extra month to your calendar before you get a new one, you can print out their handy-dandy one-month calendar free of charge! 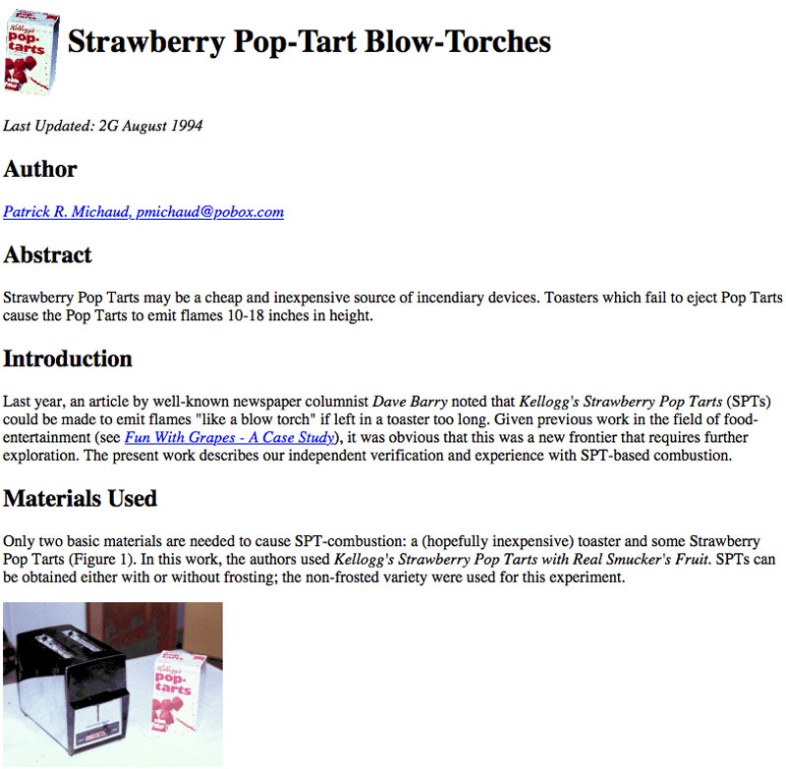 Finally we’re getting past all the generic, drab, binary-looking pages for software companies and into something that makes the Internet the wonderful pace that it is. This is a cautionary instructional guide about how to make flamethrowers out of strawberry Pop-Tarts. 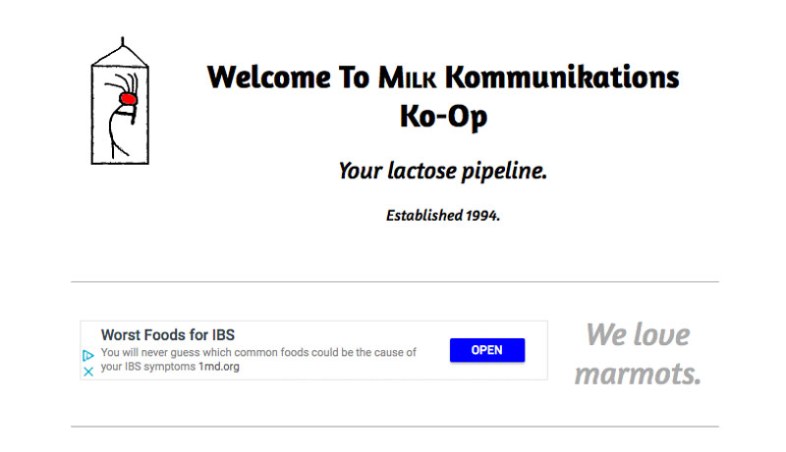 Well, now. This gent leaped onto the dot.com craze when it was hot and you could snag a domain name you knew would become popular and hold it for ransom to the highest bidder. The site’s owner says he won’t sell the name for less than $10 million. Nearly a quarter-century later, the value of milk.com has soured. 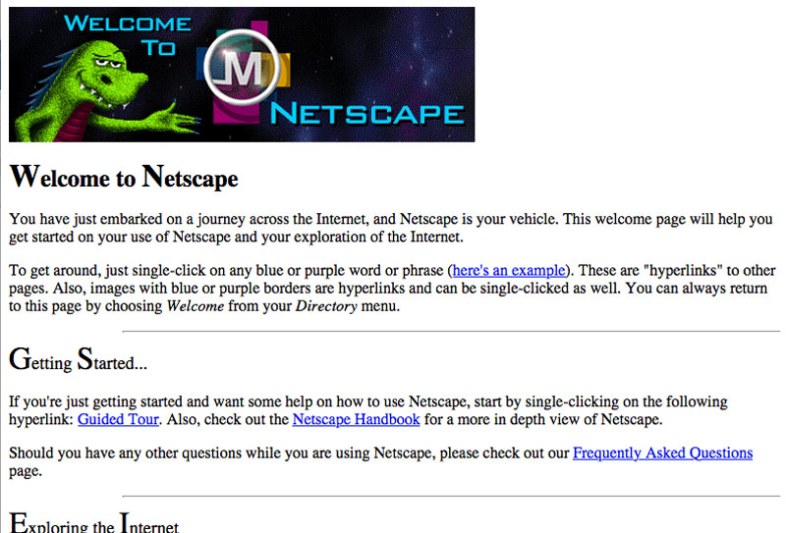 For many people, this was their first landing page on the World Wide Web. The Netscape browser came before Internet Explorer, Mozilla, Safari, and Chrome. The home page here even explains what a “link” is: “To get around, just single-click on any blue or purple word or phrase.” 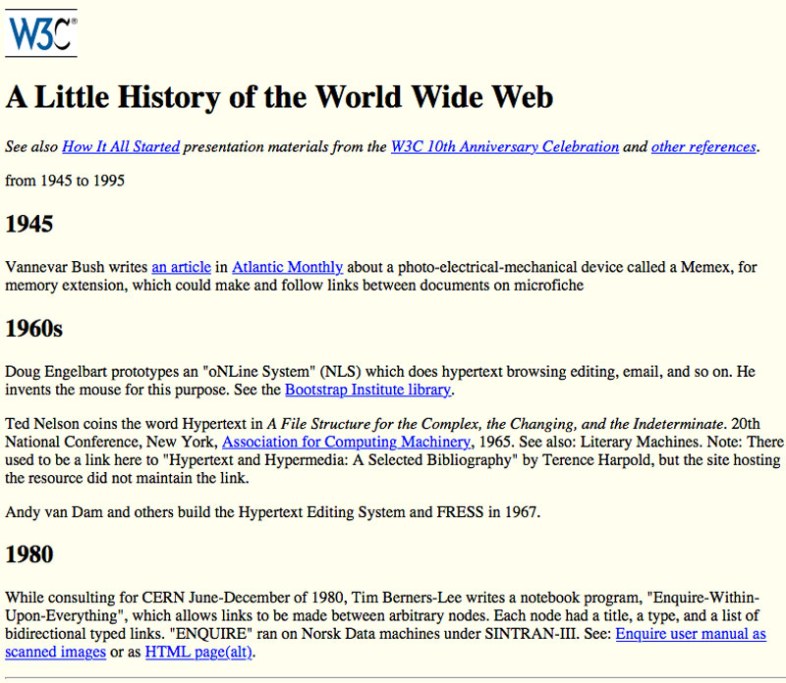 If you want to know everything there is to know about the WWW up until 1995, it’s all here—on one page, because there’s not much to know! 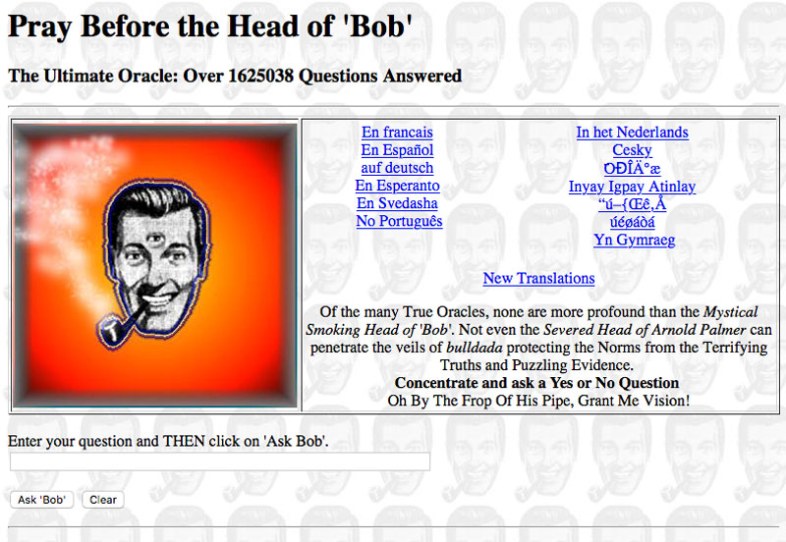 This wacky and surreal homage to J.R. “Bob” Dobbs, spiritual icon of the Church of the Subgenius, offers to answer any question you have, so long as you don’t expect it to be accurate///or even relevant. 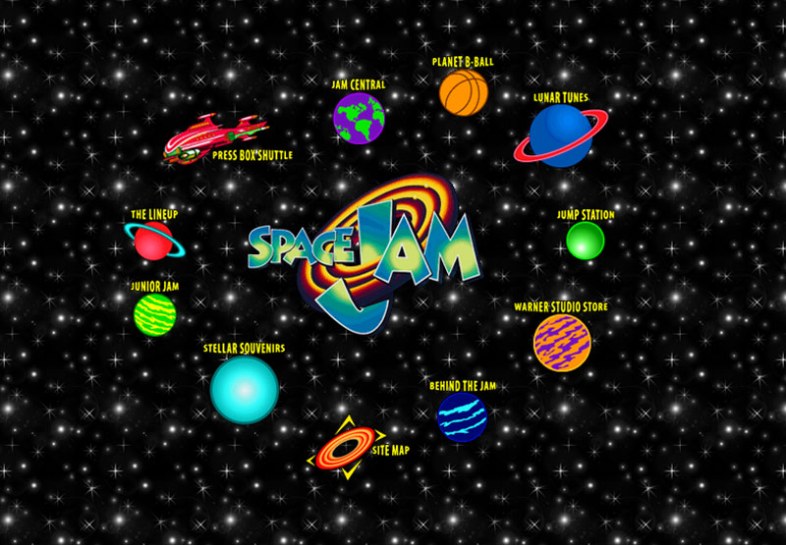 WOW, does this bring back memories of overblown, busy, confusing, almost seizure-inducing web design. This is the home page for the 1996 Michael Jordan film. Maybe you remember it? Me, neither. 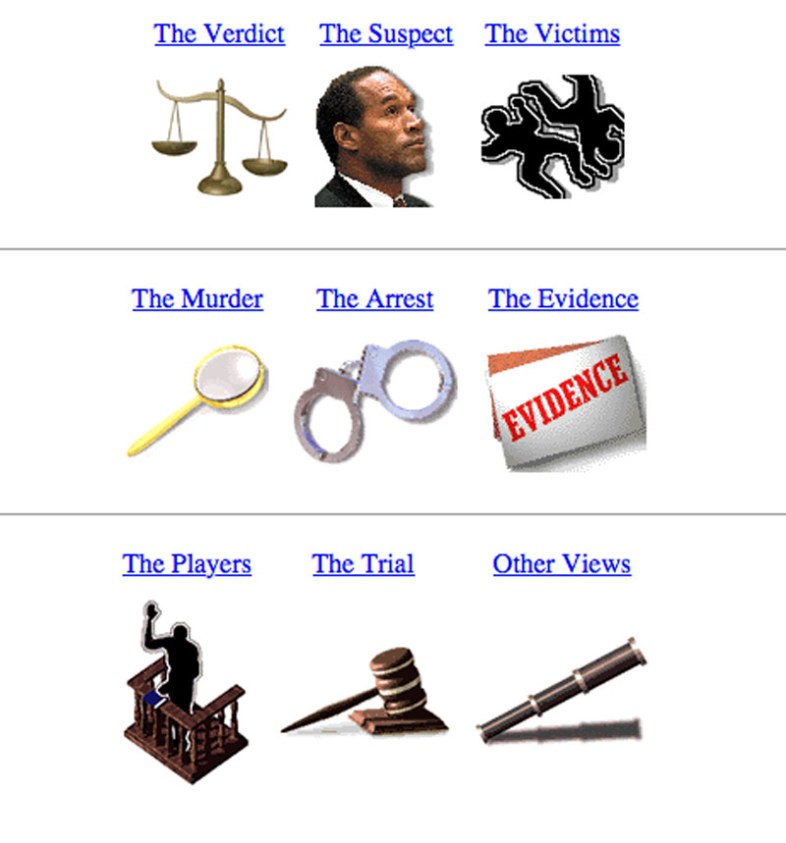 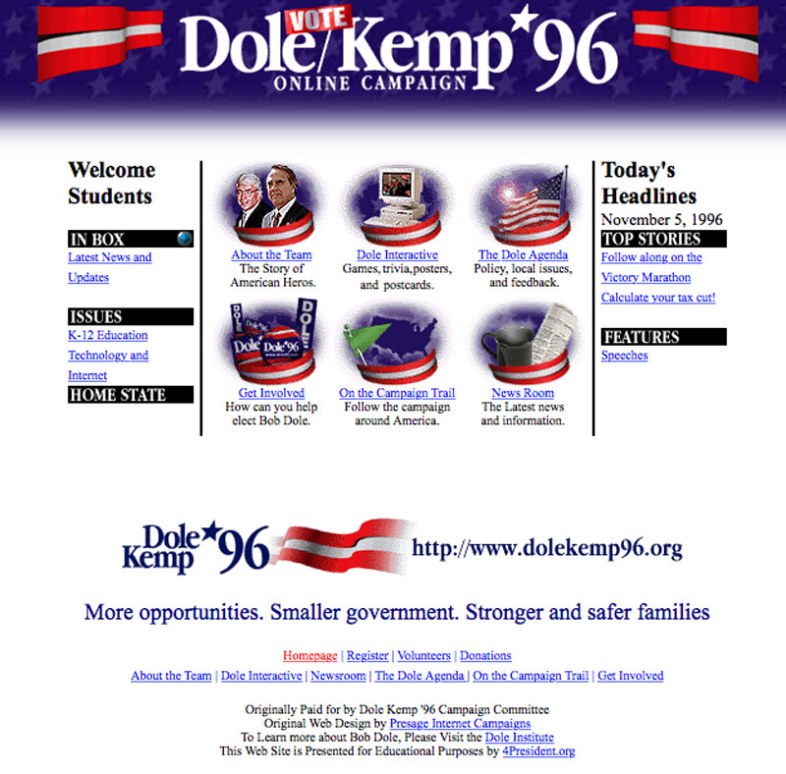 In 1996, Bob Dole and Jack Kemp ran a failed presidential campaign against Bill Clinton. They even set up a web page featuring primitive images with weird glowing backgrounds. Apparently they’re still running, because the site is still up. 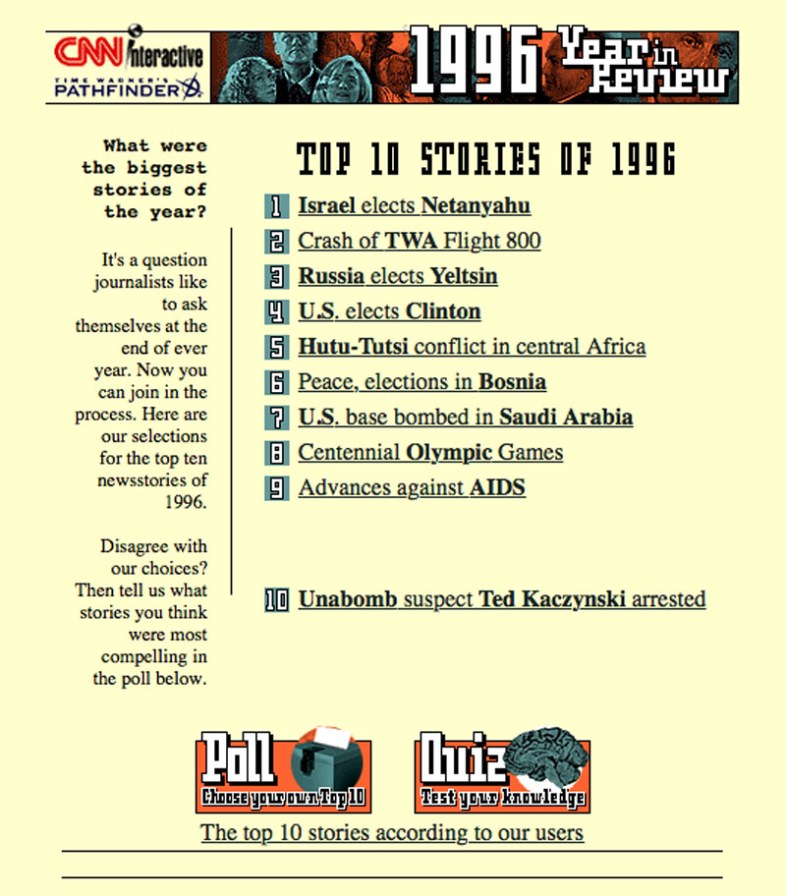 In 1996, Israel elected Netanyahu—and he’s still there! Unabomber Ted Kaczynski was arrested—and he’s still in prison! Even better, this website is still here!

Do You Have Your Own Internal ‘Code’?