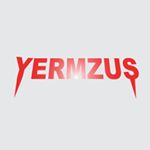 It’s okay not to be okay.

It’s what makes this life real.

I’m currently going through a lot of change, and although this change is mostly positive, it still leaves a feeling of uncertainty. For someone who prefers to have control over life’s circumstances, this uncertainty is a trigger for my mental health. Our body sends signals to let us know that something isn’t right in which we often aren’t aware of mentally.

It wasn’t until last night that I felt the overwhelming body sensations of stress, anxiety, and depression. How could I be both restless and exhausted at the same time? As I tried to force myself to sleep, I could feel my entire body pulsating. I could feel each eye throbbing as if trying to push through each eyelid. It took an extra effort to maintain concentration due to the overwhelming migraine. My jaw was clenched and sore due to the sensation of heavy grinding.

My body was sending out a cry for help.

I thought and told myself I had overcome my relationship with anxiety and depression. I believed I was in the right place mentally due to the strides that I’ve taken to improve my emotional health, such as embracing a lifestyle of mindfulness and flow. These are tactics I’ve used to manage and not to succumb to the cycle of mental illness, which I’ve learned isn’t a cycle at all but instead acts as an ebb and flow. Sometimes we don’t have control over our emotions, and the triggers that heighten them.

I may have been able to present a facade to myself that things are going well, but physically, the signs were overwhelming. Over time I ignored them, only for the build-up to break through and hit like a collapsed dam.

I tried to hide my emotions and feelings from myself so that I could maintain a level of artificial happiness, but the body always catches up and reveals the truth.

When I woke up this morning, the physical sensations of stress and anxiety were still as overwhelming as the night before, but this time, I felt the emotional pain as well. The emotional signals were all too familiar, and here I was, back in a depressive mode that I thought I had overcome.

At first, I felt a feeling of guilt, that I’ve let myself down due to the belief that I had overcome and conquered my past issues with mental illness. But like most illnesses, mental illness isn’t just cured overnight and can re-arise if the environment is right. For me, that environment or trigger was the overwhelming change occurring.

In the past, I would’ve used different methods that I developed over time as coping mechanisms to hide and not feel the pain. Including binge drinking, recreational drug use, and running away from the problems. But instead, I choose to embrace all of my feelings, and I’m thankful that I did. The embracement was definitely uncomfortable, but it allowed me to release some of the physical tension that I’ve been holding onto.

I often have feelings of insecurity, unworthiness, of self-disappointment. I’m learning to embrace the emotions and not run away from them, or suppress them. Something that’s taken me 29 years to do, but I’m glad that the timing is happening now.

Communicate with yourself what you’re feeling, and it’s always okay to both feel and express the pain and happiness in your life. Feel the emotion in its entirety, cry, let go, and then breathe because, at the end of the day, everything is going to be okay.

Writing is my best form of self-expression, I write to inspire.