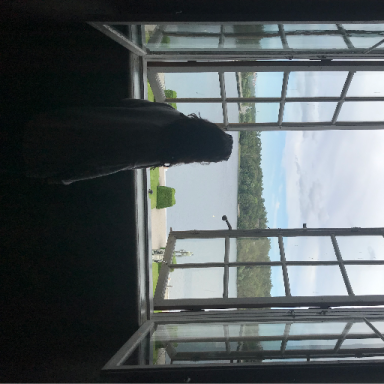 The more I pushed, the more you pulled away.

It wasn’t supposed to be that way.

The truth is, I had nothing left. In the darkest of days, we clung to each other, holding onto the only bit of sanity we had left. But as the storm passed and replaced your dull and tired eyes with the most brilliant shade of blue, you left me in the eye to slowly drown in misery.

I would’ve done anything for you. In fact, many nights I lay awake worrying that I hadn’t done enough. I’d even had nightmares about it. You slowly losing control, slipping through my fingers no matter how strong my grasp. Those dreams usually left me gasping for air on my tearstained pillow.

But now I see it clearly. You were never slipping away, I was. I was the one at risk of losing it all, the one who would slowly be consumed by darkness; I would be the one to break. Maybe the problem wasn’t you at all; maybe the problem was me. I became the extra baggage that everyone carried around but no one really needed.

There were most definitely signs that I was being let go, but I didn’t want to see them. No one ever wants to see someone they hold so dearly to their heart turn a blind’s eye on their suffering. I wanted to believe you every time you said that you cared, I really did. I wanted to believe that you would be there for me, that you would hold me like you once did, that you would set aside time for me. My head told my heart that I was crazy, that I should accept our relationship for what it was and not what I hoped it could be. That I should’ve considered myself lucky to have someone who was there at least half the time, that could make me laugh and smile, that made me feel at home. I hated how secure I felt in your arms. And I hated that no matter how hard I tried, I couldn’t stop the hole in my heart from growing.

As my heart filled with doubt, insecurities, and pain, I knew I wouldn’t be able to resist the instinct any longer. I had fought for so long to keep you close, that I couldn’t possibly love anymore. So, I did what I do best. I pushed and pushed until the distance between us had grown so significant, I could no longer reach your heart. And honestly? I didn’t want to.

In my weakness, I focused on all your little quirks, all the ones that had unintentionally caused me so much pain. I channelled all my energy into remembering the times your silence was so loud it nearly killed me. I wanted to hate you—part of me did. I hated what you had done to me. You had broken down my walls and then left me, exposed and open, when you realized that I was not what you wanted. I was a mess—I always had been, but I’d masked it so well. Until you left.

You had touched a part of my soul that had never been seen, a part that I wasn’t ready to give and a part that I was sure I would never repair. Once the darkness had been freed, it could no longer be buried. Steadily, it poured through my veins, filling every part of my body with a rigid coolness. A black fluid filled my lungs, making each inhale sharp and each exhale a little harder than the last. But, it was when it dug its claws into my heart that I really felt it. Every spark of light was blown out, every happy memory faded and grey, every twinkle of hope turned to despair. With every passing day, I let go just a little bit more. I didn’t even want to fight anymore—it all felt useless. It became apparent that no one was going to save me, and I sure as hell couldn’t save myself.

A wave of overwhelming anger washed over me as I cursed the universe for letting me go. I blamed the world; I blamed anyone in sight. I blamed the people who loved me most for pretending it was invisible. But above all, I blamed you. You had hurt me so many times without even realizing it. You had taken me for granted. You had ignored me, and you had left me.

The darkness that consumed me was you.

I am in love with the stars. Orion’s belt brings me comfort and joy.