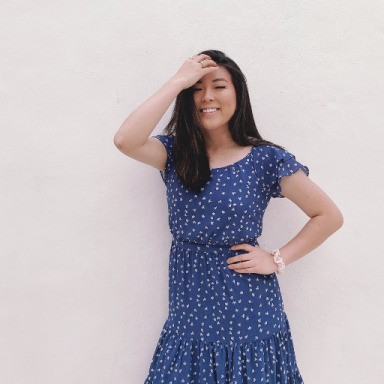 My heart begins to pound out of my chest, like beach waves angrily crashing against the shore on a stormy day. My hands feel tight, as if someone was pulling them away from me, clenching tightly until the blood couldn’t pass through my veins. Trembling, I realize that all semblance of air feels knocked out of me, as if all the oxygen had been sucked out of the universe just for me, and I was holding desperately onto whatever was left. My heart continues to beat at what feels like 200 beats per minute, my blood pressure skyrocketing into numbers I don’t even want to imagine.

This is the beginning of another hour-long ordeal that I have known all-too-well — a panic attack.

Panic attacks fill me with fear and dread. A mechanism essentially built to protect the human race that for some reason, has gone haywire in me. My immediate thoughts as I start to feel my heart race in an irregular 3/4 beat are, “Am I dying? Am I having a heart attack? I’m only 20, I work out 5-7 days a week. I ran 5 miles yesterday. My heart felt fine. I can’t breathe. What is happening to me?” These thoughts echo in my head, sparking more worry each second like a wildfire. I can’t control it, not in that moment.

I remember my first time having one. I was 12, seemingly healthy, watching TV in the living room after finishing a set of math problems. Suddenly, I couldn’t focus on the colorful electronic screen. My heart felt like it was skipping beats like I skipped rope at lunchtime, but it was pounding too hard every time. I remember calling for my parents in the fog of this new, unwanted sensation, and whispering in between uncontrollable tears that something was wrong. They squatted down to my level, but it only worsened as my breathing became wheezing.

As their eyes filled with worry and dread, and I became all the more unconsolable, we packed up our little Jeep and they rushed me to the hospital, my baby brother in a carseat next to me, wondering why the air now felt thick. As we scrambled wildly into the ER, I was shaking harder than I had ever been, even more than in our cold Canadian winters, my face pale and my eyes wet from the tears that I had been shedding. I kept on saying my heart hurt and it felt like it was going to explode, and they rushed me into getting an EKG. But 30 minutes later, everything was fine. Doctors were baffled, as where my parents and I. In my head, what had just happened was an anomaly. Something was absolutely wrong with me. I was exhausted, but wanted answers.

And yet, on those hospital papers, everything was normal. Blood work normal. CT scan normal. Finally, way past midnight, the light outside gone, they declared, “The only thing we can think of is that she has anxiety. She had a panic attack.” Those last two words could only describe what I now know to be a huge part of my life (and what most of the ER trips in my life were because of).

Now 20 years, in college, studying to be a physician (and having taken countless psychology and neuroscience courses for my major), I realize that all this is… is anxiety. After 20 years, and finally seeking professional help against my parents wishes at the age of 19, suffering probably thousands of panic attacks with no one to talk to them about, I’ve realized that, while it is not something I wish I had to have, I can’t change the fact that I have it; instead, I can only change how I choose to deal with it.

After seeking help and talking to someone, using mediation apps, running, and coming to terms that this doesn’t change me, I realize that I have come quite far. More than I could have imagined. Breathing techniques, realizing my triggers, telling myself that I am okay — I know how to work through these now. But I am still growing. Still learning to push past the stigmas. The statistics. The barriers. Crawling through the jungles that are my triggers and thoughts.

I’m not going to lie — even writing this is still harder than I would like it to be. Maybe it was just genetic predisposition, my perfectionist, type A personality, or the way I was raised that brought the panic attacks out of me. Most likely, knowing what I know now, it’s a combination of all of these factors, probably more. But having panic disorder has made me stronger, more reflective, and extremely empathetic. It has made me develop an ironclad sense of self that allows me to recognize things that maybe other people wouldn’t.

But, for all the hardships, trials, and realizations that anxiety has brought me, I am eternally grateful. Because it is a part of who I am and who I am becoming, but I won’t let it stop me from being the person I want to and am meant to be.

avid supporter of laughing, wine, and texts all in lowercase