When Penny White lost everything after a 2015 diagnosis of Hidradenitis Suppurativa (HS), she knew that she had reached a fork in the road: she was either going to let it derail her, or she was going to persevere. She chose the latter. Despite all odds, White is now a self-published author, the founder of the HS Journal, an advocate for HS awareness, and finds herself right at the center of a bustling community. For Penny — who lost most mobility and function to HS years ago — it’s not about what’s no longer possible, it’s about reaching constantly toward a broader horizon. 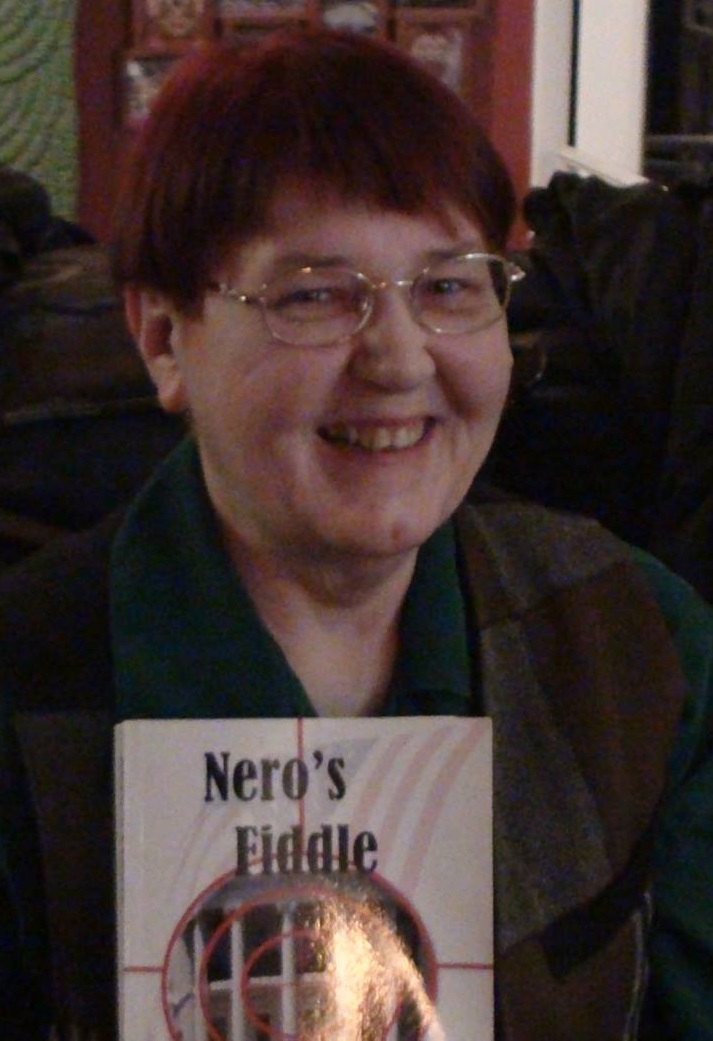 Thought Catalog: Tell me about your background. Where are you from? What did you do before you became an HS advocate, author and founder?

Penny White: I am a native Georgian. I lived in Hollywood, California for about a year and a half, pursuing a career in the film industry. Growing up in the south, this was a culture shock, but I enjoyed it. Most of my life, I worked as a Data Entry Operator. Being able to type 98 WPM came in handy to pay the bills. However, it required sitting for eight hours a day or more. The entire time I worked in that capacity, it was always on writing projects.

Before HS, I had my own apartment, I had a job, and I walked an hour a day around a pleasant little lake. Once this latest flare appeared in 2015, I lost my job, I lost my home, my self-worth, my self-esteem, my independence. Basically, I lost everything that mattered.

When did your HS journey begin? What were your first symptoms?

PW: The first symptoms actually began to show up in my early twenties. I would get these “boils” in my groin area that would drain and go away. I was told it was “clogged hair follicles” and to keep the area clean. As I got older, boils began to appear in my armpits. Since I stopped shaving and stopped using underarm deodorant, I haven’t had any more appear under my arms. So my journey began over thirty years ago. I was officially diagnosed in 2012.

What’s the prognosis today? What is life like for you now?

PW: I am currently in severe Stage 3. Between doctors who don’t know what HS is or who refuse to listen when I tell them what works best for me to insurance companies who can’t make up their minds whether or not I need referrals, it feels like living life in a pinball machine. I haven’t been able to sit in a chair for going on four years, but I manage to write by propping up my leg while half lying down with my laptop on my lap.

Walking is painful and it is a challenge to drive my car. However, I am primary caregiver for my 91-yr-old mother with dementia. This necessitates my occasionally taking her to the doctor, picking up her prescriptions, or getting groceries. I use my left leg and my right arm to prop my derriere off the seat to avoid the pain. I only drive when it is absolutely necessary. Thankfully, this is not often.

Can you speak to any treatments that you currently use to ease symptoms? What has and hasn’t worked for you in the past?

PW: I have tried all the known remedies: turmeric, Hibiclens, peppermint soap. The best things I have found to ease some of the symptoms are soaking in hot Epsom Salts water to promote drainage. I have a saying, “more drain, less pain,” which has proven to be true for me. I also use a mixture of Tea Tree Oil and Olive Oil to alleviate the dry skin that surrounds the abscesses. It also reduces the constant itching that accompanies HS. I take acetaminophen to help ease the pain and recently invested in some CBD oil for the same reason. I’m not big on opioids but will probably need them after I have surgery. The very best thing that works for me is the antibiotic Bactrim. It reduces the swelling and drainage, thereby reducing the pain. It is unfortunate for me that it is not a long-term antibiotic. I only wish it worked as well for others.

You’re very inspiring in that despite not being able to work, you refuse to be unproductive. Tell me about your books, and your website.

PW: I have been writing since the age of ten. This is my first and foremost passion. I decided to be a self-published author because traditional publishing houses are on the way out. I can do my books, my way. I’m terrible at promotion and sales, but they’re out there.

I have written two books about HS. HS Warrior is a collection of essays about my personal experience with HS. Eight on a Blade is fiction story where eight people with HS take drastic measures to raise awareness for HS. My other books are a mixture of science fiction and young adult fantasy. My personal favorite is Nero’s Fiddle, [a dystopian novel] where the US is crippled by an electromagnetic pulse attack and it’s up to two women to save the day.

I started the HS Journal because there was no publication available about HS. I would love nothing more than to be able to print the journal and distribute it to doctor’s offices. Each month, I try to include patient interviews/stories and topics that are relevant to the HS community. In March, there was an article about Jackson Gillies, who just won the Golden Ticket on American Idol, and an article regarding the microbiome and its possible link to HS. The HS Journal is free to read as a flip book on the website as well as available to purchase in print.

I simply cannot — and do not — spend a lot of time wallowing in self-pity, though I do have my days. Keeping my mind occupied and active helps me deal with HS. 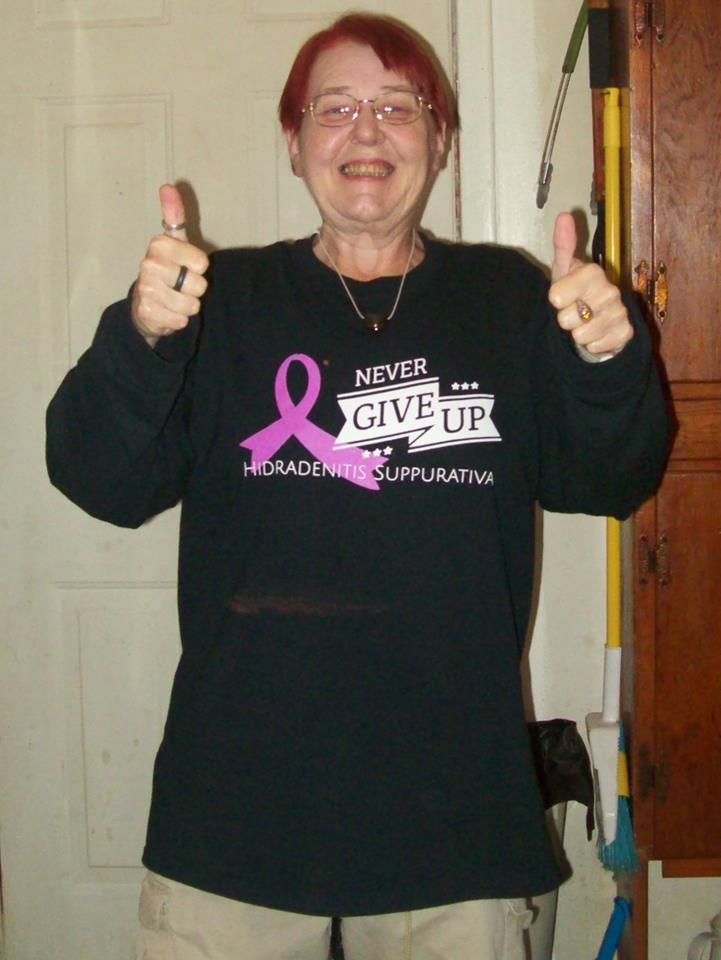 What do you think are some of the most pervasive myths about HS?

PW: Lose weight. Stop smoking. You don’t shower enough. That is the trifecta that many people with HS hear from doctors. None of these — singly and/or collectively — causes HS. Research into the causes of HS are growing slowly, but they are growing. Each new study brings to light another aspect of the HS condition and contributors to it. For instance, a few recent studies suggest there may be a link between HS and the microbiome. For some people, a change in diet helps to greatly reduce the symptoms of HS. But that doesn’t work for everyone. There is also: “You’re faking it.” “That’s not a real illness.” “You’re lazy.” “It’s your lifestyle.” “You just want sympathy.” The list is long.

What have you learned from connecting to the HS community?

PW: The first thing I learned is that I am not alone in this battle. I also learned that the severity of HS differs from one person to the next. Some people may remain in Stage 1 — or have a mild case of HS — all of their lives. Others may experience a progressive severity as they get older. I learned that even the mildest case of HS has detrimental effects emotionally and mentally.

I’ve learned that disabled doesn’t mean incapable. I have learned I am stronger than I ever thought possible. Most importantly, I have learned there is no shame in having HS. As humans, we are susceptible to a myriad of illnesses over which we have no control.

Is there any advice you have for those who are suffering from HS, and have maybe lost hope?

PW: Keep hope alive. This is the most important thing you can do when dealing with HS. Keep your mind occupied. Find a passion and pursue it, whether it is painting, knitting, writing, or raising awareness. Reach out and make connections with others with HS. Ask for moral support or help when you need it. You are not alone. Millions of other people around the world deal with the same thing you deal with on a daily basis. We are all Warriors in this battle.

Make this your daily mantra: I have HS. HS does not have me.