When it comes to endometriosis awareness, there aren’t quite enough people speaking out about what’s an increasingly common disorder that can cause a lot of discomfort and reduction in one’s quality of life. Endometriosis is, in short, a disorder in which tissue that is supposed to line the uterus actually grows outside of it, creating extreme pain, discomfort, bleeding, and in some cases, even digestive issues or infertility.

Here you’ll find what endometriosis is, what the symptoms are, who is most affected by it, what the prognosis and treatment is, and how to get help if you suspect that you have it.

Endometriosis is a disorder in which tissue that normally lines the uterus, the endometrium, grows outside of it. The tissue most commonly grows around ovaries, fallopian tubes and the tissue around one’s pelvis, Mayo Clinic reports. Sometimes, the tissue may even spread beyond organs in the pelvic region.

When someone has endometriosis, the tissue is not just growing on other organs, it is also behaving as it would if it were in the uterus, by thickening, breaking down, and then creating bleeding, as it would with a normal menstrual cycle. This can cause all kinds of complications, and when they involve the ovary, endometriomas may also become an issue. This is when the ovaries actually develop adhesions from the scar tissue, causing the pelvic organs to stick together.

What are the symptoms of endometriosis?

The symptoms of endometriosis can vary between patients, but generally include pain, which is the most common symptom, in the form of extremely painful menstrual cramping, chronic back pain that gets worse over time, chronic pain during or after sexual intercourse (this is often referred to as “deep” pain) intestinal pain, painful bowel movements, or pain when urinating during menstruation, womenshealth.gov reported.

Other symptoms can include bleeding or spotting between periods, infertility, and stomach and digestive problems, including diarrhea, constipation, bloating and nausea. 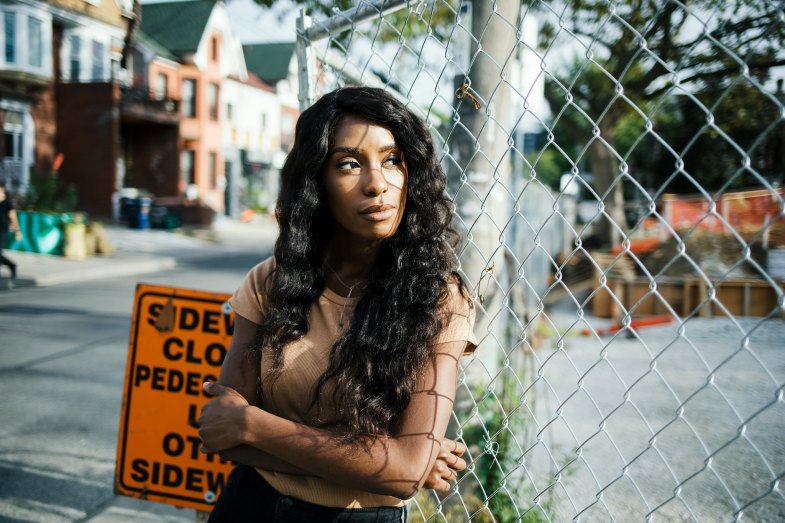 Who is affected by endometriosis?

Endometriosis affects between 6 to 10 percent of women of reproductive age, worldwide, medicalnewstoday.com reported. Though the condition can be present as early as when one’s fetus is first developing, it tends to not become an issue until the individual is at puberty, when estrogen levels increase, and intensify the issue.

Unfortunately, most women go undiagnosed, as it can sometimes take 10 years to get a clear diagnosis, even in the United States. Everything from allergies to chemical sensitivities, autoimmune disease, chronic fatigue syndrome and ovarian cancer are linked to individuals with endometriosis.

What is the prognosis for endometriosis?

How do you test for endometriosis?

Endometriosis Stages: Minimal, Mild, Moderate & Severe, What To Expect With Each

8 Harsh Realities Only Those Living With Endometriosis Understand