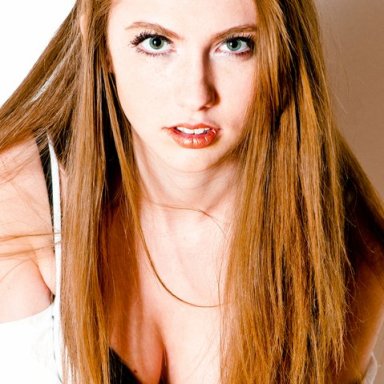 The truth is I am partially ashamed to say that I watch Pretty Little Liars. Being a true 90s kid I read the books as a child, and I had to feed my curiosity (just like I did with gossip girl..).

The fact of the matter is most of the facts in Pretty Little Liars don’t add up. It is beyond ridiculous and the ending was immensely disappointing. Yet, I can’t look away. Pretty Little Liars is the TV version of a Backstreet Boys song it’s embarrassing, but we all know we love it.

Here are the real secrets “A” never told you, behind the show’s smash success.

I have always believed it isn’t the plot that makes the story, it is the characters. Pretty Little Liars is living proof of that. No matter how ridiculous the plot got, we were all still rooting for Haleb. With that being said the greatest storyline in the world could not keep me intrigued, if I am not emotionally invested in the characters. The character’s relationships are what kept the story alive on and off screen.

This is a slightly weird thing that I do, but once I get emotionally involved with the characters on a show….I must know everything about them. I start to google them, look up their IMDbs, watch youtube interviews on them. The reason I continued watching the show was for Ashley and Tyler, aka Hannah and Caleb. Ashley and Tyler were dating in real life throughout the show which in Hollywood is not an uncommon thing, but it was “different” with them. Halfway through the show Tyler got offered to do a spinoff called “Ravenswood”. Ashley is literally in tears in an interview talking about him. You can feel she misses him, you can feel their love is real and that makes all the difference in the show. Eventually as we all know Caleb comes back for Hannah like he always does.

Most teen drama shows like Gossip Girl, 90210, One Tree Hill, they all swap partners left and right in their circle. The majority of the characters on PLL stayed true to their relationships which made the audience feel their love was real and not fickle… (besides the Spencer slip with Haleb….not surprised tbh Spencer also stole her sister’s BF).

Ashley was apparently heart-broken reading the script about Caleb and Spencer. Ashely reportedly called up Tyler saying “ You aren’t going to believe this we are not getting married”. Ashley begged the writers to change the script saying there was” No other guy for Hannah”. Even Troian suspected some jealousy from Ashley, when her character was filming more scenes with Tyler. Their real life connections to each other, their real emotions made the show. The best acting in the world can not compete with real love.

The murder mystery storyline sometimes ran far fetch, yet the life and death theme ran deep. The show embodied true friendships that would literally take a bullet for each other. It showed us the real grief of death and how it can change someone. The show proved how people can change. We are our experiences. Our story becomes our character.

“ I’m me because of what has happened, what I have done, and because of who I love. I like that person. That mess and all.” Aria Montgomery

PLL taught us acceptance. While the show is based on lying. The girls rarely lie each to each other. They are always in it together. Even when they receive a clue or note from “A” or “AD”, they usually wait until everyone is present before opening it.Their lives may be a mess, but that mess becomes a part of their character. The mess makes them human, it makes them real.

PLL showed us that none of them were “innocent”. At one point or another they all betrayed one another. No one is perfect and they all understood that. When push comes to shove, they all grabbed a shovel and buried that body together.

The show taught us about pushing limits. When backed up in a corner… anything is possible. We are all capable of anything. An action does not define you. Doing a bad thing, does not make you a bad person. Their mistakes, their experiences, taught them the power of empathy. Pretty Little Liars proved the importance of understanding. While at times the show seemed too ridiculous to be real, it taught the viewers real life lessons.

Unlike other shows Pretty Little Liars does not always give you that happy ending at the end of each episode, it is quite the opposite actually. It does not give you that cue the “lesson learned” music. PLL leaves you with a cliffhanger wondering if your favourite character will wind up dead or alive. I used to have a rule to not watch Pretty Little Liars late at night. Truth be told I am kinda fond of the PLL style ending.

I never really believed in happy endings, it felt fake, it felt too much like a fairytale. The truth is seen in bittersweet endings where things did not end up exactly like you wanted, because that is life and that is real. Although PLL did wrap up on a happier note for once, it felt deserved. The ending felt real, it felt like karma was finally giving them a break. We felt happy for them, but not in a cookie-cutter way, in a genuine way.

4. Sticks And Stones May Break My Bones, But Words Can STILL Hurt Me

Pretty Little Liars showed us the importance of support. This theme was gradual throughout the series. During the first season the focus was more directed on bullying and karma. At the start of the series all the girls were separated, their trauma brought them back together. The lies they told to others, brought out the truth in each other.

Despite all the craziness that followed the girls, the theme of bullying and good versus evil is very prominent. In a way “A” represented all of the kids that were picked last in gym class. The show started out as a mean girl takeover revenge. Karma’s a real bitch right, Ally?

PLL’s theme of survival taught the viewers the meaning of true appreciation. When all you are hoping for is to stay alive, you become very low maintenance. The fear of losing someone, that rush is real. These characters have gone through real heartache and life threatening events on a weekly basis. As overdramatic as it may be, we still feel for them.

We have become attached to them, we root for them, mostly we continue watching to hope they still come out alive. That rush of losing the characters adds to our attachment to them. That engagement the viewers have with those characters has what made the show a hit. If we are not rooting for you, we are not watching. Basically if I do not like your character, I do not really care if you end up dead.

Never underestimate the power of social media. Another main reason the show was a huge success, was the likability of the real actors. Social media extremely evolved over the time of the series during 2010-2017. The PLL cast was greatly involved in fan engagement with Twitter, Instagram, and Snapchat. What we saw was fun, laughter, and real lifelong friendships. Ashely Benson and Shay Mitchell even have a nickname for their BFF friendship called “ButtahBenzo”. Lucy even attended Ashely’s sweet 16, years before the show even aired. Again that emphasis on real relationships is what made the show.

This was a show that proved the cast can really make or break a show. I am not saying they are all heading towards Oscar nods anytime soon, but their relationships off screen were real and that came through on screen.

We grew to love them, rooting for their relationship, rooting ultimately for their safety. The true secret to a successfully show is a loyal fanbase. The reason the fans are so loyal is, because we feel like the liars are our friends. We got mad at Spencer for trying to take Caleb away from Hannah, we felt the first cruel betrayal with Mona being revealed as the first “A”, then Toby, then Spencer, then Aria, AAH I can’t keep track! Half the time I can’t keep up with who” A” is or who is related to who. That’s the thing with Pretty Little Liars you don’t watch for the facts, just like you do not read Playboy for the articles.

The characters, those girls, their relationships, their love, that is the true essence of the show. The show is not about the loopholes in the plot. It is about the characters that made us fall in love with their story.

Have You Heard About What Lives In Teasley Park?