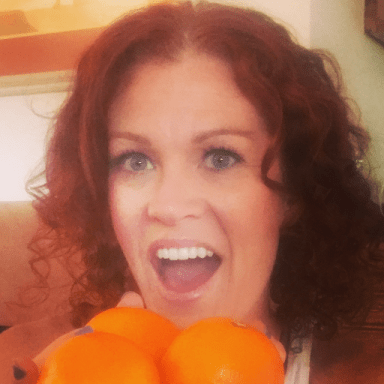 If you’re a creative person, especially one who aspires to make money with your artistic outputs, you probably have a standoff at least once a month with the voice inside your head that tells you the following:

Your work is amateurish.

You’ll never be as great as so-and-so.

No one wants what you have to offer.

You have no unique ideas.

All of these scathing daggers are versions of the same insufferable refrain that your Inner Critic lives for: Who do you think you are?

I call it high time we laid that ish to rest.

When the Buddha was still just a man, he set himself the task of meditating under the Bodhi tree for as long as it took to reach enlightenment. During the next seven weeks, he was repeatedly visited by the demon god Mara, the lord of death and vices such as anger, pride, lust, and greed. Mara appeared to challenge the Buddha, to tempt him away from the path of light. But every time he appeared, the Buddha simply said, “I see you, Mara.” And then he would invite Mara to tea. Enlightenment, the Buddha realized, was born from accepting the darkness, rather than resisting it.

In your own life, when the Inner Critic drains your motivation and makes you look at your reflection with disgust, begin by inviting Mara to tea. Sit down with your journal and say to your Inner Critic, Okay, I’m ready to hear what you have to say. Give me everything you got about why I can’t be a successful writer/painter/life coach. Hit me. And then write down everything the mean voice says. Cover all the bases. Go on for as many pages as it takes to wear her out. And when the voice starts to get quiet, sit for a few minutes more with your pen, just to be sure.

It helps to imagine a toddler having a tantrum. Once the energy of the tantrum has been expended, the child is exhausted and ready for a nap. This exercise gives your Inner Critic a “time out” in much the same way.

Write A Letter To The Editor In Your Defense

You’ll probably need a recharge break before this next step; channeling Mara saps your energy. Take a walk in the sunshine or do the dishes—something that requires little to no brainpower. When you’re feeling reenergized, return to your journal and go bullet point by bullet point, picking apart Mara’s arguments. For every cruel thought you wrote in your journal, write a new thought that negates it.

For example, you could replace My creative output is pathetic—I should be much more prolific with I have been more consistently creative this year than ever before—and better than before is good enough. Again, take as much time as needed to counter every single negative thought. It’s also critical that your new positive statements are easy for you to believe.

This exercise, like the first one, is mentally and emotionally draining. If necessary, walk away from and come back to your journal over the course of a few days until you have a solid argument for why each statement is, in fact, not true. When you are finished, you will essentially have a letter to the editor in your own defense. Save this to return to the next time Mara shows up and tries to harsh your vibe.

If you don’t regularly practice self-compassion, this might be a real challenge. If you struggle saying nice things to yourself, imagine that a dear friend has come to see with the same list of grievances. Imagine what you would say to her to assure her that her Mara list is nonsense. Make an effort to hold yourself in the same gentle regard.

Banish The Bad, Call Forth The Good

Maybe as you work through this exercise, you find a statement or two that you can’t believably refute. For example, my stickiest belief was I have no unique ideas. When I sat down to write a believable counterargument, I was truly stumped. My inner cheerleader tried her damndest to come up with examples of how this wasn’t accurate, but they smacked of BS. If this happens to you, you can employ a simple Banishing/Calling Forth Ritual.

Collect some fallen leaves. Write on one leaf the negative thought you want to be rid of. As you write, visualize your life without that belief.

On a second leaf, write a new thought to replace that negative one. Use only positive language and write it in the present tense, as if it is already true for you.

For the previous example, my positive leaf might say, I am visited daily by the muse and can barely keep up with the steady flow of ideas she bestows upon me.

Finally, tie the two leaves together with cotton or hemp twine, placing the positive one on top of the negative one. Do this for as many limiting beliefs as you’ve got; you can have several leaf bundles. Using a lighter or a candle flame, carefully light your bundle and toss it into a fireproof pot or bowl. Allow the flames to consume your leaves while silently repeating your new positive mantra: I am visited daily by the muse and can barely keep up with the steady flow of ideas she bestows upon me.

When the flames have expired, bury the ashes in your garden or in a potted plant. Imagine that you are composting what you wish to shed. At the same time, commit what you are calling forth to the creative energies of the earth.

There’s Nothing Wrong With Being A Little Bougie Sometimes