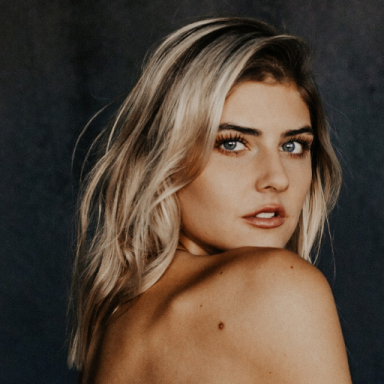 It is a universal truth: something only runs when it is being chased. A gazelle from a lion. A minute from a second. A criminal from a cop. We run because we fear danger. We run because we believe if we stay in one spot, pain will ensue. We don’t stop until we feel safe again. An object in motion will stay in motion, Sir Newton proclaimed. But why do we claim ourselves prey when pain itself doesn’t take ownership as a predator? What if this seemingly terrifying danger isn’t a lion set to devour us but rather something else?

I have noticed that grief is a lot like that twist on your left side when you’re running sprints. You notice the sting. Your legs halt for a moment. Is the cramp there because you were running or because you stopped?

When you lose someone, biological reasoning aside, an epiphany often arises in you. There is a threshold moment when you realize: this is just a person. Was a person. And like a place, you can leave them, but they can never really leave you. An imprint with terrible precision. A mark. An absence of their presence and the presence of absence itself. An essence of them in your being that doesn’t really ever go away. Not fully.

When your legs begin tracking again, you tell yourself this was not just a person. It was a living, breathing entity of passion and light and dark and joy and sadness and everything in between. Maybe his eyes were green. Maybe her laugh was magic. You curse at the sky (and believe me, I do) but it doesn’t make the twist go away. So long as you keep running, the cramp keeps crushing. Some days it’s faint. Some nights it’s violent.

Will the ache ever go away?

When you realize the question of suffering proves to be continual rather than resolvable, you begin to see that maybe the hurt you have been running from isn’t a predator. By definition, pain and suffering are not the same thing. Pain is: a momentary sensation stemming from activation by a singular event. Suffering is: a continual experience associated with the perception of harm or the threat of it. In other words, pain happens. Suffering follows.

But what would happen if you allowed yourself to feel it instead of avoiding it?

When you are out of breath and pain has finally found your hand, you have two choices: you can welcome it or you can close your fist. It is hard for me to say it without my fingers shaking on these keys, but I urge you to form your palm into the position of acceptance. I truly believe that anything worth receiving is found in the form of letting go.

After a person is gone, we solely have the capability to agree with fate. That is all. Perhaps the pain you are running from is an ally. A teacher. A teammate.

Perhaps if you feel like you have hit a wall, it means it is time to rest on it.

To Those Who Are Grieving A Lost Love

Grief Is A Gift We Must Learn To Embrace

Yes, Love Is Painful, But Only In A Very Specific Way

Here’s What I Discovered In Letting You Go

Sometimes You Have To Grieve The Loss Of Your Past Self