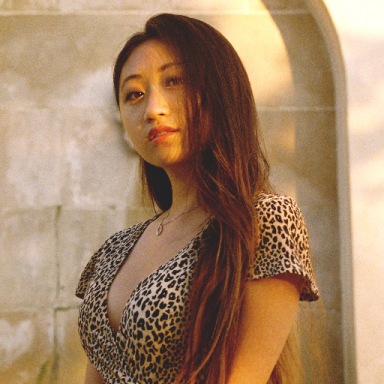 I remember describing myself as a very independent person to other people. I lived by myself for many years. I learned how to start and stop utilities fairly early in my life. I enjoyed going out with my friends or alone.

As I got more comfortable in my relationship, I started to spend less time with my friends. I always came home when my husband got off work. I spent the entire evening with him. When he went off to work, the lonely process of waiting for him began.

There’re many obstacles that prevent me from working or seeing my family right now. The pandemic wiped off most of my plans for this year, including visiting my family who lives 14 hours away from me by plane.

I knew I depended on him for many things. He drove me around everywhere and it made my terrible driving even worse. He opened every jar I’ve encountered since we started dating. I found myself not even trying to open it and just handing it over to him. I felt like this was normal; we were partners. We were supposed to depend on each other.

I realized I had a dependency problem during the pandemic. I depended on him to do all my physical chores and lift up all my emotional burdens as well. I projected all my anger and stress I’d collected during this difficult year to him. I found myself resenting everything he did and does for me.

I kept telling myself I chose to marry him in my head, but I kept resenting him. For years, he’s been trying to do everything for me, including dealing with my emotions. I forgot how to deal with myself because I didn’t have to. My husband dealt with my emotions. I didn’t have to do anything for myself. I just projected whatever feeling I was feeling towards him and he just took it.

I’m still trying to figure out how I dealt with my emotions before I met him. I probably never properly learned how to. I’m trying to figure it out now. Because I realized that it wasn’t the marriage that made me unhappy, it was myself.

Sometimes when you feel unhappy in a marriage, it may not be your marriage. It might be you. You might need to work on yourself.