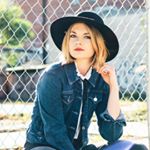 In my almost 25 years of life, I’ve dated my fair share of guys. I’m usually the one ending things after a date or two, but sometimes I’ll find a guy I’m actually into and want to keep around for a while. No matter how much I may like them though, I always stumble upon some way to scare them off. Sometimes, their flight is justified; sometimes, I can’t figure out where I went wrong. Either way, I usually get a good story out of it. And what’s a writer without a good story?

So, I’ve compiled a list of some of my favorites. Which leads me to present you with…

My Non-Comprehensive List of Tactics for Scaring Off Men

[*] Suggest you dress as Ross and Rachel for Halloween, after only dating for a month

[*] Respond by rolling your eyes when he says he’s “very wealthy,” instead of immediately dropping your pants

[*] Remind him too much of his ex in some ways, and not enough in others

[*] Have everything in common with him, but live 400 miles away

[*] Message him on Facebook after he doesn’t respond to your text, because you “aren’t sure if you wrote his number down correctly”

[*] Try smoking weed for him, have a massive panic attack, watch the disappointment glaze over his eyes

[*] Start looking for apartments in Chicago, after he asks you to move with him to Chicago

[*] Lead him to believe you want to end things, then change your mind at the last second

[*] Know full well that he is in love with someone else, try to make it work anyway

[*] Have an extreme fear of rollercoasters, tell him you won’t ride them with him even if he loves you