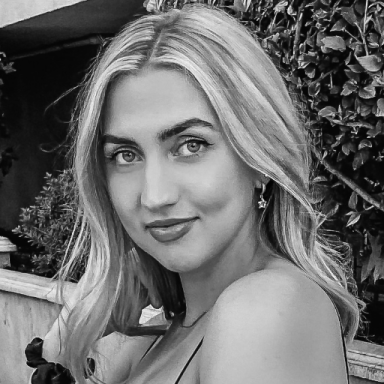 I used to believe my stuffed animals came to life at night.

I used to believe the only jobs that existed were doctor, teacher, and astronaut.

At what point in our lives did we learn about roles like a Front End Developer or Brand Evangelist? I truly thought there were maybe 10 total jobs we could choose from.

I used to believe a person wasn’t capable of breaking your heart.

I don’t know about you, but it makes me laugh now. Because yes, I truly believed that the thought of someone not loving me back was unfathomable. Not in a narcissistic way, but more so in the sense that if I do X,Y, and Z, then in return it should work out. They should love you back the same way, right? Wrong. And see, now we laugh.

I used to believe eating fruit seeds would either kill you on the spot or grow fruit in your belly.

Especially the watermelon ones. Still not sure if this is false.

I used to believe all adults were these magically smarter, wiser humans that knew everything.

Once again, laughable. Because, as we have learned the hard way, there is no magical switch that activates as you grow older. You see, adults have to make the decision to put in the work to become smarter, wiser, and better humans.

I used to believe $1 could buy you anything.

This is laughable because now $1 usually isn’t enough at the dollar store.

I used to believe your first best friends would be your best friends for life, and you would become neighbors as adults.

Not to say you can’t keep your best friend Sally from when you were 5, but you learn, and you meet new friends, and you outgrow some old ones, and you hold on tight to the really great ones. Because friendships do that.

I used to believe you had to change yourself to make people like you.

And now I can’t imagine a life where people only liked me for a fake version of me. Because people like different things, just like pizza toppings. Don’t worry about the ones you don’t vibe with perfectly — you will regret not being yourself much more in the end.