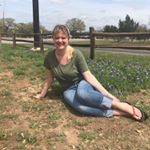 To my abusive bosses: I hope you’re happy.

I hope you’re happy that I’m dealing with trauma after you were a moving target and continuously changed your expectations.

I hope you’re happy that since leaving your employment, I have major trust issues.

I hope you’re happy that every time someone in authority wants to talk to me, I have an internal panic attack because I’m expecting the worst.

I hope you’re happy that I visibly have a reaction when people in the workplace try to talk to me and I have to explain to them it’s not anything to do with them.

I hope you’re happy that your lack of guidance forced me to teach myself to be a journalist – only to be told I’m not competent by others.

But most of all, I hope you’re happy that your narcissism, egotism and lack of self-confidence changed my life. Because of you, it’s incredibly hard to be productive in an office setting.

To be honest, you’ve probably forgotten all about me. I, however, will never forget about you.

When I graduated with a communication degree in 2014, I was ready to take on the world – pen in hand.

I had one clear goal: to work for a newspaper and tell people’s stories. A few months later, I was hired to work for the daily newspaper in the same town where I graduated. I was lucky – not only did I get a job in my major, I also didn’t have to move.

I was so excited – I was 22 and already had a professional job.

That was the start of it all.

When the editor of that paper called me for an interview, she seemed like a good person to work for. She knew I had little experience in a newspaper setting, but took a chance on me anyway.

I assumed she’d be a mentor of sorts and would show me the ropes. She didn’t. Instead, she let me figure out how to be a journalist on my own.

I thought it was odd that I never heard from her, but I figured no news was good news.

I was wrong. She ignored me for a few months before emailing me to tell me everything I was doing was wrong.

It was absolutely deflating and devastating. I questioned my life choices and cried to my parents on more than one occasion.

It only got worse. To be honest, I no longer remember many specific details of her mental abuse.

1) She would make fun of people who left right at 5 p.m. on the dot, but then made a huge deal about paying overtime. And, even though I did work overtime a lot (it’s journalism. There are no off hours), I would only record a 40-hour work week.

2) I asked for more time for a story that I wasn’t sure would be done in time. She got mad about that and made some flippant comment about how I was over talking to (insert co-worker’s) name so I couldn’t be that busy. Note: that co-worker’s cubical is next to the water fountain. I went over to get more water and maybe had a two-minute conversation with the coworker.

Like all master manipulators, she made me feel isolated and that I was the only one she was bullying.

I later learned she treated everyone like that. Eventually someone from corporate came in to assess the situation and she was later told to resign.

The woman who came in was a sort of editor until they could hire an interim editor. That editor was eventually the full-time editor. Both of those people provided the mentorship and support I had been seeking.

At some point after the transition, I was looking for other jobs and found a reporting job for a paper in Hawaii. I applied, thinking nothing of it. But I was contacted for an interview and was later offered a job.

I jumped at that chance – to live and work on an island was something I couldn’t give up.

Little did I know I was leaving one terrible boss situation for a deplorable one.

Again, that boss was nice and cordial over the phone. He even offered to let me stay with his family until I found a place of my own and said he could get reporters to drive by places I found online. He also emphasized the point that he was instrumental in getting corporate to pay his staff X amount of money because it was hard to get people to move to Hawaii.

I remember thinking “wow, this guy is cool.”

And once again, I was wrong.

His awfulness was apparent in the first week I was there. He told me I shouldn’t apologize to a source for asking for something late “because that’s their job.” He also called me one evening while I was grocery shopping to report on a sea turtle that was stuck in a grate. He told me to just leave my cart to go get the story.

If my first boss was a master manipulator, he was a master gaslighter. He wouldn’t come into work until the afternoon – I was mid writing stories by then – ask what I was working on, decided he didn’t like any of them and told me to start over. I was still accepted to turn something by 5 p.m., even though it was already noon.

I learned from the last job that he probably wasn’t singling me out, so I asked around and learned that he was awful to everyone. Which still isn’t good. But at least it wasn’t just me.

At one point, he hired a managing editor, but that didn’t last long because he was awful to him too. I think in some twisted way, he perceived the managing editor as taking away some of his power.

But before that managing editor left, my boss sent him an email that said he had to keep up on the reporters because “we produce very little and would piss the day away.” The managing editor forwarded us the email.

I lasted about a year and a half there.

The only reason why I kept at it for that long was because I loved my life there.

On the weekends, if I wasn’t at a beach, I was hiking. I started camping. The people there were awesome, and my roommates were amazing. I got in the best shape of my life in Hawaii and on a personal level, I truly was living my best life.

But for 40 hours a week, I was being mentally abused by a man who had no reason to be a boss and once again, I was crying on the phone to my parents.

So eventually I decided living in paradise wasn’t worth it anymore. I bought a one -way ticket to Texas, made arrangements to ship my car and turned in my two weeks.

A few days after turning in my two weeks, another coworker turned his in. My boss had the audacity to call me into his office and ask if I could stay longer. Um, no sir. You’re the reason why I’m leaving. I don’t owe you any favors.

I moved to Texas and lived with my parents. Within two weeks, I found another job.

I was so relieved. It was over — I could breath and no longer had to live in constant fear and anxiety.

But I didn’t think about the trauma and having to decompress and heal from those experiences. I don’t like to say I have PTSD because I’m not on the same level as soldiers coming back from war, but there is definitely residual drama there.

I quickly noticed that anytime my boss at my new job talked to me, I immediately on the defense and anxious and scared a lot of the time.

I’ve had two other jobs since then. But when people find out I moved from Hawaii, I get so many questions like “but why did you leave?” “Are you crazy?”

Those people mean well, but it’s painful. It’s been three years now, but miss Hawaii everyday. If it weren’t for that boss, I’d still be there.

In a way, time has healed. I’m not as scared or anxious as I was when I first left, but I’m still trying to heal.

I’m aware of how I react, and I can feel it when I’m about to have a meltdown about something, so I’m learning to control it.

But to be honest, I’m not sure if I ever fully will heal.

Being constantly gaslighted and manipulated for the better part of two-and- a-half years does something to you.

It’s not fair that something so traumatic happened to me as a young adult trying to make my mark on the world.

It’s not fair that I’m constantly looking over my shoulder for a boss to berate me.

But most of all, it’s not fair that those experiences make it hard to work. Work is such a basic concept, but it plays a big part in determining how you make it in this world. If I can’t work, how am I going to survive?

That’s a thought I’ve had several times –in the middle of another break down and when I want to quit work for a while.

It’s a tempting thought to get out of the workforce. But not a sustainable one. I don’t have a significant other and I don’t want to keep running to my parents to fix it.

But in the middle of all this darkness, I’ve learned a few things.

I’ve learned I can’t control how people treat me, but I can make my own destiny.

I learned that I have amazing parents who are going to support me no matter what.

I learned that for whatever reason, it was part of the plan for me to move to Hawaii – even though I haven’t figured out why yet.

I’ve learned I can handle way more than I give myself credit for.

I’ve learned that there’s power in walking away.

But most of all, I’ve learned that walking away doesn’t mean I failed. It means I stood up for myself and took the first steps to create a better, safer and brighter world.