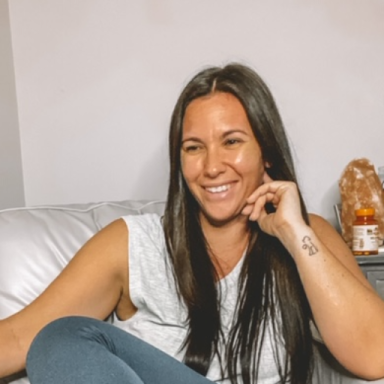 I’m not entirely sure how I found her or what prompted me to look for her. But I suppose enough stalking social media is very common these days.

So I found her. I believe it was through his Facebook. I searched his friends and somehow when I saw the name, I knew it was her. He had given me some hints as to who she was. Where she lived, her work, and the fact that she owned a dog. So as soon as I clicked on her page and saw the profile picture of her and this little furball, I knew I found her.

She was too good for him and she knew it. She was beautiful. In a very natural way. Didn’t seem to wear a lot of makeup, nor ever have her nails painted. She lived in a foreign country, owned a business, and traveled the world with her dog. That’s exactly how I wanted my life to be.

Now that I knew her name, I could find her on Instagram and maybe even Twitter. I did both.

Her life looked so perfect. Her hair was long and thick and always perfectly styled. She dressed like she knew how to dress and was probably never lazy at that stuff like I was. She traveled. She traveled a lot. Seemed as though every weekend she was jetting off to some other country in Europe with her dog. I desperately wanted her life.

One weekend he even went away with her. To a cabin in the woods. She took pictures. She was good at taking pictures. I later, through stalking, came to find out she had taken a photography course. Perhaps if I did that my life would be almost as perfect as hers.

On Twitter, she was super active, posting tweets up to 4 times a day. I read them obsessively. I needed to know more about this girl. Who she was and why she was able to hold his heart when I couldn’t. As I read through her tweets, which seemed to be random thoughts about everyday life, I saw a lot of similarities between us. We had a lot of the same thoughts and potentially the same sense of humor. I even noticed that she had a therapist like I did. Something that he always made me feel silly about. I read her blog, I couldn’t stop stalking her until I knew all I could about this girl on the internet. I fantasized about meeting her and being her friend. ‘Accidentally’ bumping into her on my weekend in her home city, doing the same yoga class. I spoke to my therapist about her. I wanted to be her.

I felt we were more or less the same person based on her tweets and the image I had of her in my head. So why? Why was she the object of his affection and I only deserved the affection of sex? And more importantly, why was she able to tell him no while I wouldn’t dream of it? She had broken his heart he told me. After that trip to the woods. He hated her dog.

That only made my obsession with her grow. She was like Beyoncé to me at this point. She turned him down. She told him no. I had been looking for the strength to do the same for months, but I couldn’t. He had a hold on me and now she did too. I debated messaging her to tell her that while he was trying to romance her, he was sleeping with me. But there was no point, she had rejected him. She was too good for him and she knew it.

I stalked her constantly every day on Instagram. She had such a cool page, as if she was Insta-famous. She looked gorgeous in all her photos and they were always perfectly posed. I would go back to my own Instagram page where my life seemed pretty boring and I was ugly. I would go back to hers and try to find imperfections. She smoked, that’s gross. She had gotten a DUI at some point in her life, not so responsible huh? But she was thin with perfect teeth and spoke a few languages. It’s no wonder I wasn’t good enough for him, and she was too good.

Months have passed and I am over him. I’m sure she’s long forgotten him as well. Yet I still find myself obsessed with her. This girl I’ll never know, never meet, never be friends with. I’m tempted to follow her so I can find out more about her life. Find out how she had the strength to reject someone she knew wasn’t good for her. While I idolize her, I want to find a way to humanize her. Bring her to my level. Does she suffer from the same depression, anxiety, and eating disorder that I do? Does she struggle with what she wants in life? Is she miserable like I am?

I have so many questions for her yet I cannot ask. Because after all, I am a complete stranger who found her on the internet when she was seeing a guy I was sleeping with.

While I see no end to my obsession with her, I look to find the strength within myself to be happy. To be happy with who I am, who I’ve become, and who I will be. And so I thank you, random girl on the internet, for pushing me that way. I hope one day my life will be as happy as you portray yours on Instagram.

I cannot stand having dirty feet