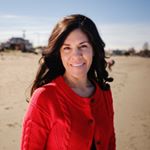 About three hours into my ER shift, a man wheeled into my unit after drinking a fifth of vodka. Despite complaining of stomach pain related to what he said was pancreatitis, the labs of the patient did not indicate this was a real issue. He was positioned comfortably on the stretcher, fake moaning, yelling out expletives, and anytime someone got closer to him and offered him what he wanted, he was as calm as a cucumber. He turned it off and on like a switch.

As soon as nursing staff left his side, he was back to yelling out, and when that didn’t work the way he wanted, he eventually crawled onto the floor of the emergency department, hoping someone would notice and bring the drugs he wanted faster. Nope, I still was not feeling his ‘best performance in a dramatic series’ attempt. If only he knew I was an intuitive and could read his energy like a book.

Here are some very helpful and important universal truths the ER has taught me.

Lying will get you nowhere.

If you want me to believe you, your energy has to be in it. Isn’t that what most people say who manifest great things? If you want to manifest something, you have to ask for what you want and then feel into it like it’s already true. That’s because energy doesn’t lie. What will get you somewhere is speaking honestly and owning your truth. What you think, what you say, and what you do creates your reality. Tell me what you want and I’m happy to give it to you, but only if I see it in your energetic truth. The universe says the same thing. “I work will with the dominant energetic resonance in your energy field and together we can produce amazing results.”

You have the power to create what you want.

Crawling around on the floor may create what you want, if you want more feelings of low self-worth or to believe you have to act in a certain infantile fashion to convince those around you to help. Addictions aside, the bigger picture underlying element is the same. You can create for good or you can create for bad—the choice is up to you. Separate the pattern from the person and release the shame. It is the power of your intentions and what you believe you are worth are the roads to success. Get off your knees and stand up to own what you want and take action to produce it. Imagine a new way; imagine life as you would like it to be and begin to assume the feeling that you own it.

Sometimes getting the life you want is hard. Really hard.

We all have habits and thoughts that can pull us down or prevent us from getting where we want to go. Sometimes it’s really hard, like breaking an addiction, and sometimes we will fail. Yet failure doesn’t take away our intrinsic worth, it simply reminds us that we need to stay true to our vision and keep strengthening it over and over to keep it alive. You will experience bumps, but the bumps are part of the process to get you to believe, again and again, every day, that you are a creative being who wants to achieve.

The ER taught me that it is important to assess yourself to see where you’re using excuses, lies, and distractions to try and avoid dealing with HUGE problems causing hardships in your life. You can have the life you want and make it a reality, it may just involve changing what you think, what you say, and what you do, because after all, you are the master of your universe. What you want to create is up to you.