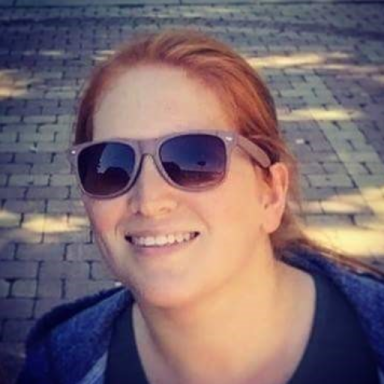 Someone asked me the most interesting question the other day.

If you could call yourself 10 years ago, what would you tell them?

“To invest in Bitcoin now,” I replied without much thought. It would be nice to be a millionaire, but I knew this wasn’t what she meant.

Since that conversation, this idea has been on my mind. If I had someway to contact my past self and give her advice for the next 10 years, what could make the biggest difference in my quality of life?

10 years ago I was a senior in high school and preparing for college. I had ambition but no real direction or drive to guide me through these formative years. I knew I wanted to be successful, but never gave thought into what that would mean to me.

Still, this question haunts my mind. Not that I regret the past decade, but there are plenty of things I could change. Looking back, could I pinpoint exactly where I had failed myself? Perhaps.

I know you thought you were being practical picking finance. We joked that even if we ended up broke, that we would know how to manage the money we don’t have. Well it’s decidedly less funny now. You really aren’t interested in business and you aren’t going to make enough money to make it worth it.

Your idea of being a hotshot investor in a big city was never something you actually wanted, and I think you know that deep down. You’re going to settle in business and quit pushing yourself, and ultimately, it won’t mean a thing.

Stick with something that you actually find interesting. You’ll be kicking yourself in the future that you didn’t pursue architecture, physics, or literature because you thought they wouldn’t pan out. We’re going to be broke for a while regardless, and we could have had a lot more fun.

2. College is for experimenting, but don’t go wild.

I know we love trying new things, but don’t try everything. You will save yourself a lot of physical and mental stress if you don’t drink as much or take everything offered to you at parties. It sounded fun at the time, but I can promise you, you will feel better without those things in your system. Maybe you’ll be able to avoid some of the depression and anxiety from it down the road.

3. Don’t get too comfortable at work.

You want a position that will allow you to work from home, and it’s amazing, but it will slow down your career path. You will get complacent and comfortable and not push yourself anymore. Working from bed is nice, but as soon as you put comfort over ambition, you’re in trouble.

Even 10 years later we’ll struggle with what we really want to do. Comfort is a drug that will dull the things that matter and make us more boring than you can imagine.

No, you can’t handle it. You still think you’re going to be rich somehow in the future. Who knows when that is coming, but I can tell you from here, we can’t afford it. You don’t need 90% of the stuff you want, and the fact that we thought we were a minimalist is truly laughable.

When you still live at home with mom and dad and you are trying to pay off debt and save for the future, you’ll regret every dollar you spent.

It took us a while to learn that it’s okay to say no and to take care of ourselves, but you’ll take it too far. We missed out on some amazing opportunities because we said no.

Maybe we were too complacent to want to change, or maybe we became more of an introvert. I don’t know, but we quit living as much and it gets dull. Start saying yes more.

It’s actually hilarious how our safe path still screwed us over. Doing the “right” things won’t get us any better results. We should have been taking risks and going after the things we wanted the entire time.

Life will suck for a while anyway, so you might as well move to a new city, take a crazy job, or go on that wild trip anyhow. The line between what you think is the “right” decision and the “wrong” decision is very fine, and you won’t see it clearly until later.

Sure, you have time to get back in shape, but they were right: it does get harder. You’re going to screw up your knee in a few years and back pain will start showing up sometimes. Start getting in better health now because this is about the healthiest you’ll be. Choose a diet you can stick to, start going to the gym, and stop drinking so much. I will really appreciate it now.

There’s not going to be a magic moment where everything snaps into place. Really. It’s not coming. You need to start working at it right now, and I mean actually work at it. Now is the time to try those hobbies, side projects, and anything else you think could have an impact on your future. Because they will.

In 10 years we’ll still be waiting for things to change and we could be in a much better place if we started then. Stop waiting and start doing anything to move forward.

9. Figure out what you want.

Don’t wait to figure this out. Trust your gut and go after what you want. We will still want those things in 10 years, and honestly, we waste a lot of time by overthinking or trying to plan. Sit down now and make a game plan of what your ideal life would look like, what actually interests you, and what you want to be. You’ll never feel sure, but if it feels right then please do it.

Please don’t watch so much TV. We have time for that later, but right now would be a great time to work on our skills. More practice in Spanish, more time studying, and more time soul searching would have really made a difference now.

You say you like to read but I know how many books are on your bookshelf and how many you haven’t read. Start doing it now. Start writing more, exercising more, studying more, building habits, anything to develop yourself.

These might sound like a ton of regrets, and to an extent they are. I do regret making wrong choices on so many things that matter, but I never would have grown. I learned so much from my mistakes and failures that have shaped me into who I am now, and I wouldn’t change that.

But dammit if I didn’t wish things could have gone smoother to get me to this point.

As I reflected on the past decade, kicking myself for not doing more for my current self, I realized I’m doing the same thing to my future self. I’m making the same mistakes that I would implore my younger self to avoid. And I know that 10 years from now, I would have the exact conversation with my current self.

And that terrifies me.

But also motivates me.

I feel that I have a new perspective on time that I didn’t before. It’s too late to change the past decade, but it’s the perfect time to work on the next one. After agonizing reflection on this, I think I have found the insight that I sorely still need.

Here’s to the next decade and the hope that future me will have nicer words to say.

Although if they could tell me what to invest in next…