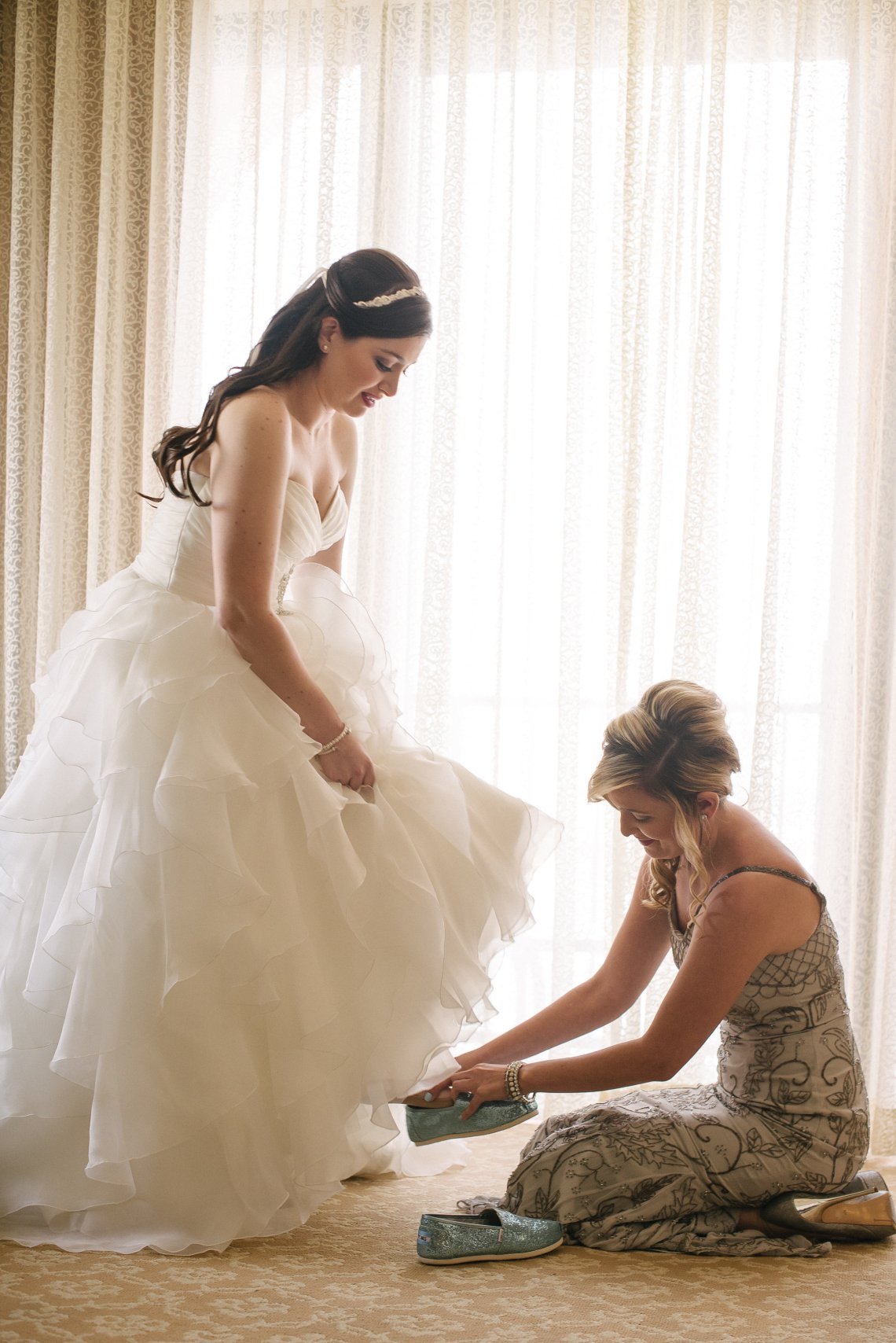 When I first started my business, Bridesmaid for Hire, two years ago. I had no idea what I was doing, or would do, for complete strangers. All I had was an idea that hit me late one Friday night, after two distant friends asked me to be a bridesmaid in one night. That wouldn’t be anything unusual, except that I had been a bridesmaid a half a dozen times before I was even at the legal age to rent a car and because these two friends in particular were people I barely spoke to anymore. They were the kinds of friends you have for a short period of time, and during that time, you collect memories and inside jokes. But then something happens (distance, a new job, a boyfriend enters the picture) and things are never ever the same.

So there I was, staring at my phone, wondering whether or not I should agree to being their bridesmaid, when my roommate blurted out, “People are asking you to be their bridesmaid because you are good at it. You’ve become a professional bridesmaid.”

That’s when I realized, perhaps she was right. I was good at being a bridesmaid. I did what brides asked, I never showed up late, and I didn’t get drunk (well, too drunk) when there was an open bar in my presence. Maybe if I could do the job so well for people I knew, I could do it better for strangers.

Fast forward two years and I’ve worked with over 60 brides, put on a polyester dress and a fake identity, and flown to weddings all over the country as a hired bridesmaid who told their friends, families and fiancés that they knew me from somewhere in their life – art class, college, mommy and me.

While the job sounds crazy, the experiences I have while working as a hired bridesmaid have been even crazier. But more importantly, the career of a lifetime has taught me lessons that I fear I’d never learn otherwise, or, learn the hard way, after making some of these brilliant mistakes on my own.

I was never one to dream up the vision of how my future wedding would look. I always kind of thought that the whole concept of a wedding was a bit peculiar. People spent thousands, hundreds of thousands of dollars even, to throw a party for just 8-hours at the start of a relationship they are crossing their fingers will last a lifetime. In my eyes, save all the pennies you have together now and throw that gigantic party when you’ve been married 5, 10, 50 years. By then, you’ll have something to celebrate – you didn’t give up on each other when times were rough, tough, or just plain old gross (burping and farting in front of each other is never something you’ll want to get used to).

2. People Want to Be Listened To

A giant part of my job is just sitting on the phone with brides for hours at a time listening to their wedding conundrums, challenges, and chaos and helping them find solutions to diffuse the problems they can’t wrap their heads around. In the end, all people want is someone to listen to them. Often times the bride’s “real” friends are busy, don’t know what to say, or simply don’t care about a situation involving the wedding cater or the wedding D.J.

If you’ve never dealt with a person who has cold feet before they get married, you should know that when you do, it’s not something they should feel weird or bad about. Weddings are a lot like the very moment you dive off a diving board. It is only once you’ve climbed the stairs, positioned your toes right at the edge of the board, and are about to take a leap over it and downward, that you realize how you really feel about another human being. I’ve had brides back out of getting married weeks, days and even minutes before the wedding and that’s ok. It happens and it when it does happen, high-five them for listening to their gut, which is not always so easy.

A lot of brides I have worked with have confessed to me the reason why they are getting married and sometimes that reason isn’t love, or at least the kind of love I’ve experienced. What I’ve learned is that we can never judge another person’s relationship. We’re always on the outside. Even if a person tells you that they are marrying someone for reasons other than heart throbbing love, it is not our place to judge. No two people experience love in the same exact way as any other couple. Give two people your blessing and your wishing of good luck and then let them figure out their lives and their hearts for themselves.

Too often I meet a bride who tells me she is getting married because she is 35 and wants to have kids. When I ask why she picked the person she picked she will usually tell me that she found someone she is okay settling for. That’s something I don’t want to do. I don’t want to find myself walking down the aisle, taking a deep breath and thinking to myself, “I’m settling.” Life’s too short to wake up in the morning next to a person who makes us feel just blah.