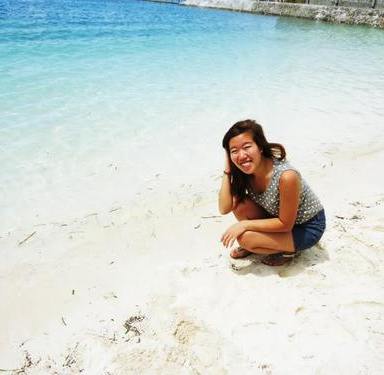 I’m 30 years old. The worst part about it is that I don’t have an excuse for my mistakes now.

It’s officially been almost five months since the ‘dreadful’ day I turned 30. There are so many fears that come with the numbers three and zero. To think that if I’m lucky, I have lived a third of hopefully what is my long life. I now somewhat understand my mother when she says she looks in the mirror and sees an old woman but feels like the young 20-year-old girl she is at the core of her heart. The fear of aging and the societal pressures have me shook. The pressures of getting married, having perfect children in perfect timing, having a stable, well-paying career, a career willing to wait for you while you’re on maternity leave, a house that you and your spouse bought together with three rooms and large windows that face east for your plants.

I want this. I want all of it, I really do, but 30 really has me reflecting on all these insecurities and expectations that I have yet to meet and perhaps what was the wildest, unforgettable past ten years of my life.

My personal ‘roaring twenties’ has been the loudest period of my thirty-year existence. I lived abroad away from family and friends and made new friends that I now call family. I saw the motherland for what she was. She was literally my mother’s land, the land she was born and raised, for what she offered was beyond just beauty—it was fresh air, the greenest mountains, tasteful familiar flavors that pleased my palette, painful yet strong history, and a home away from home.

I’ve tasted foods from the most fruitful places in Thailand while visiting the most beautiful elephant sanctuaries where they’re praised and loved. The very next day I would get on a small cruise and drink with beautiful women from Europe and different parts of America that I would’ve otherwise never met. I swam in the ocean watching the sun set into shades of purple and pink between two tiny islands.

I’ve run through the tiny streets of Komagome, drank out of environmentally-friendly cups at a Sapporo beer festival until I got wasted, and wore a flower-patterned lavender kimono down the busiest streets of Tokyo.

I remember the photos in a historical museum in Saigon that moved me until I wept, the saved propaganda from the Vietnam War and the photos of children missing limbs, children that perhaps my future children may look similar to.

There was also that time when my friend took me to see her family in Cebu, where we overlooked the bluest ocean from a swimming pool that we had to ourselves while we had San Miguel beers and traditional Filipino food.

And for some reason, sometimes, when I close my eyes, I can still see the innocent faces of the children in the classrooms I’ve taught this language, the language I’m using now to write this—how eager those faces were to learn something new.

There was a time when I met people who opened up to me about being gay and couldn’t tell anyone, not a soul, and how they confided in only me because it was a cultural taboo. It broke my heart. I remember thinking, “I’m so incredibly sad, but I’m trusted. Trust, a merit given to me. I’m blessed.”

And if I counted how many people both good and bad that I’ve met in different cities, towns, and countries on my way to 30, I could honestly say it may be hundreds to thousands. How many of those people that have touched me in times of loneliness and self-doubt? Maybe five. I thank God for these people every day of my life.

The colorful yet confusing time in my life where I have been afraid, half-empty, lost and insecure has somehow diminished once 30 came along. It’s like a clock relieved of its numerous ticks and finally seeing the hands for it’s movements instead of counting down its numbers. The confusion of who I am or what I’m supposed to be has been filled with unchanging experiences, some happy, fulfilling, creatively wild, and some so painful and dark they were almost unbearable to even fathom living through.

The colorful adventures in my bones that I’ve lived throughout these roaring twenties have not been lost after 30.

Therefore, I am not lost even after 30.

I am thirty—confident, self-assured, and appreciative of my mistakes, my confusion, my youth.

What I’m trying to say is, life after 30 isn’t so bad after all.