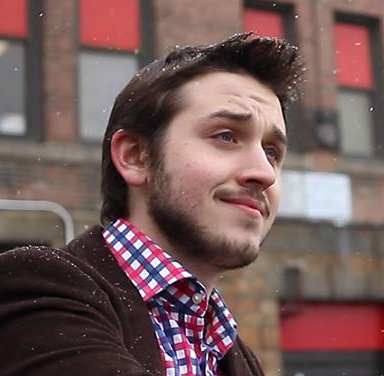 What is it about a Christmas slasher that we find so appealing? Is it the uncommon, snowy settings, the whimsical kills set to holiday tunes? Maybe it’s the idea that a time we should all prospectively look toward can, in actuality, be the demise of everything we love.

Dismembering Christmas (available October 13th on DVD and blu-ray) is director Austin Bosley’s feature debut and the second full-length film to be released under the Slasher Studios banner. The first, Steve Goltz’s Don’t Go to the Reunion, was released in 2013 to mixed reviews but ultimately found its appeal in a core audience of slasher super-fans. The same fans, in fact, helped Christmas see its way into production through a successful Kickstarter run late last year.

Crowd sourced films generally come as a mixed bag. For every Blue Ruin, there’s over a thousand movies in the same tier as Showgirls 2.

More often than not we see two divisive groups charging the Kickstarter and IndieGoGo battlefields: young filmmakers and washed up Hollywood stars.

While the washed up look at crowdfunding as one last ‘hurrah’ to show that they’re still relevant, it has more importantly become a breeding ground for undiscovered talent. That begs the question, is Kickstarter the new film school? And if it is, where have newcomer Austin Bosley and his low budget film ranked?

Set in Wisconsin during an intense winter, Dismembering Christmas focuses on a collective of young adults who get together for a stay at their friend Mark’s (Baker Chase, Dating Pains) vacation home. Following a series of unusual encounters with some locals, the friends are picked off one after another by an unknown killer until only a single person remains. Cue the unmasking and explanation of motive.

Director Bosley and producer Kevin Sommerfield assembled a likable team of young actors and because of the charm and humor put forth, an investment in their fate is built.

We’re introduced to the eight central characters gradually over the first thirty some-odd minutes, and this actually works in the film’s favor. It doesn’t come across as slow at any point and in an odd, extremely low-budget sort of way, feels almost reminiscent to The Big Chill. Of the roster, Johnathon Krautkramer (the male lead Justin), Leah Wiseman (supporting character Emma), and on-screen couple Shannon McInnis and director-cum-actor Austin Bosley are perhaps the most captivating to watch. That’s not to say that the rest of the cast doesn’t pull their weight, but it’s hard not to notice that these four in particular excel.

Their performances bring a certain ‘oomph’ to the movie’s already sharp and witty writing.

Kevin Sommerfield, who penned the script with Steve Goltz, excels at delivering self-aware dialogue that not only plays well but harkens back to the now distant time of Wes Craven’s Scream and New Nightmare.

Combined with Bosley’s sense of direction, and plenty of gore, it’s hard not to notice the similarities between this and movies like Evil Dead or Dead Alive.

Keeping all of this in mind, there are, of course, flaws. Nobody makes a movie on a shoestring budget and gets away scot-free. Though few, said-flaws are present and unfortunately rather noticeable. While the general look and cinematography of Dismembering Christmas is quite stunning, there are a few choice scenes in which visual errors are easily spotted. Ultimately though, these things are forgivable because of just how well done the rest of the movie is. Especially when it’s taken into account that this was shot by a first-time director.

Between the acting, writing, directing, and also the score—which is remarkably composed by Dylan Curzon—there’s too much talent here to turn Dismembering Christmas away. If you’re a fan of old school horror, and appreciate style and wit, this is a must see.

Jayme Karales is the author of the novel Disorderly, the director of Practice Makes Perfect, and the editor-in-chief ...

6 Horror Movies That Rocked Our World In 2019