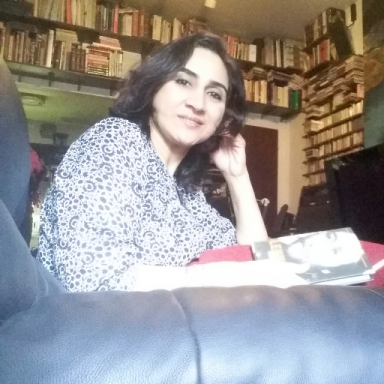 It’s the length and breadth of her offerings

It is a silent night embedded in the arms of sunshine

It is the end of words trapped in dictionaries

a life unfolding in the heartbreaks of a divine entourage

The hell is a lonely place beyond her eyesight

A woman’s ache is a splendid gift to mankind

Her emptiness is the globe, her sanctity is the paradise

She has no home, her house is in the pastures of Adelphi

Her music reverberates in failed empires of Alexandria

Her laughter becomes a chorus in the oracles of Greece

Men move in shadows, minions of a heightened fight

But a woman breathes the colours of flying kites

She has navigated centuries to be somebody in her body

Her heart is the corridor of forgotten songs

Her face is the eclipse of a long-lost spring

Rivers, seas, oceans break into waves in the palms of her awakening

She cradles despair standing at the gates of Persephone

The world trudges along limping on broken feet

The Mecca of her dreams is plagued by diabolical stings

The world doesn’t understand one alphabet of it

She writes verses, she paints pictures, she sings

Her god is elusive, her prayers are private musings

They say her heart has turned to stone

They don’t know that a woman’s ache is her own.

A punctuation between your sighs.