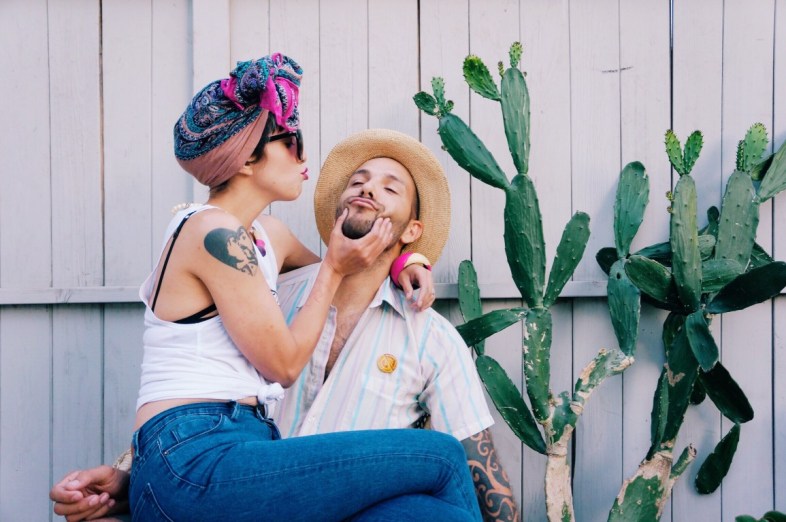 1. They do things to keep you out of synch with them and on a completely different wavelength. Does your partner do a juice cleanse without you? Get drunk frequently with his friends while you’re home sober? Or go to sleep early to avoid having to have pillow talk? Maybe goes to a concert without telling you first. Sometimes these things can happen innocently but with enough consistency they’re explicit signs with an explicit message: they want to mark their independence from you.

2. They change their passwords, or become reticent about their private lives. People can have harmless secrets and sometimes having a few secrets can make your relationship healthier — you need a part of you reserved just for you, or something benign that you can keep a secret and reveal after 20 years of marriage. However, a complete lockdown, particularly if you once knew their passwords, is a silent but aggressive move that communicates quite plainly you’re excommunicated from their private life, and maybe soon even their whole life.

3. They undermine you socially, and from to time test your limits by softly flirting with other people. You secretly hate your lover if you go to a party and spend the whole night chatting with other people. Or even more aggressive: you post photos of yourself with potential mates on social media that have “soft” flirt air that while completely innocent still makes your blood boil with a tinge of jealousy because something just feels off about it. Shouldn’t they only be posting photos like that with you? Yeah, probably.

5. They objectify you as a way to whitewash your personality. Objectification doesn’t need to only be sexual. You can objectify a personality, too. You can objectify someone by forcing them to wear a certain brand of clothing, a certain cologne, or even act in a certain kind of way (e.g., constant nagging like: why can’t you be more like Ryan Gosling’s character in The Notebook, or get in shape like Chris Pratt did). You should bend for your partner from time to time but if all they want you to do is be someone that you naturally aren’t, then they probably have a lot resentment for you. Control isn’t love. It’s an expression of dissatisfaction with your current state.

6. They don’t look at you with admiration. This is abstract but it’s a death by a thousand paper cuts sort of a thing: a million micro-aggressions they throw at you everyday that adds up and communicates they just don’t respect you anymore. A few examples: you talk about your dreams — they zone out. You say something meaningful — they roll their eyes. You offer them your sweatshirt when it’s cold — they reject it. Oh, and they sigh a lot at your behavior and TELL YOU THAT YOU SMELL.

7. They threaten to break up with you all the time. This is more clear cut than secret but from time to time in fights we go nuclear. But if every time you get in a fight the answer your significant other keeps throwing your way is “this relationship is over” than guess what it’s going be over soon, and you better drop their ass before you take anymore of this BS another day.