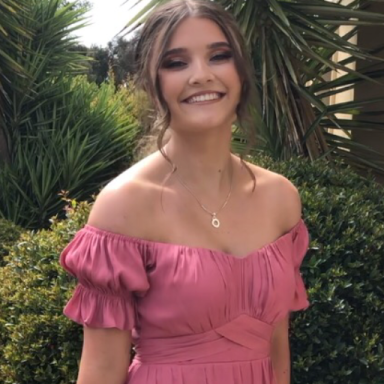 The obsessed artist. A cinematic concept of where a character, generally the protagonist, becomes so preoccupied with perfecting their selected art form that it gradually deteriorates and consumes their soul, and crumbs of their sanity slither and blow away into the abyss.

This is what perfectionists experience on a constant basis. Except replace the singular art form with the goal of not failing everything they do.

I would know, because I am one.

These specific personality types are convinced there is a deceptive appearance, another meaning which is contrary to the one showcased in every aspect of life. Every thought, every touch, every text.

No amount of praise can make them feel worthy or accomplished. Even if an individual handcrafted a novel of compliments as a gift for the one who deserves to be showered in them, it still wouldn’t be enough.

Perfectionists are hypocrites, point blank. They truly know that different standards exist and they try, in every possible way, to uplift those who were not feeling the greatest about their own achievements or personal matters.

But the irony is, they do not practice what they preach in regards to uplifting themselves.

This inconsistency was specifically noticeable when I was in high school. Given that most people were friendly and comfortable in my classes, we would frequently share test results. Me, being my uptight self, wasn’t particularly happy with my grades because I wanted to have a higher number. However, I would be joyous and attempt to discover the silver lining for my peers, who were dejected about their numbers, which was lower than mine. They would be justifiably confused by my negativity of my academic performance and my positivity about their assessment, not knowing it’s a personal battle.

I also practice this behavior with body types. I am completely aware of the fact that other women may be envious of my physical features, and trust me, it goes both ways. Nevertheless, I attempt to hype up my fellow women who are not satisfied in their own skin, although I wish I had the ability to shed.

Overthinking plays a major role in perfectionism. Whenever an outcome does not turn out the way you wanted it to—say a dance routine, for example—and the observers don’t identify this until you pinpoint it, you gain more traction on this endless slide of disaster.

The steps could’ve been executed all so smoothly until the mistakes are highlighted in a bright neon spotlight.

The opposite of us, those who are in a carefree state 24 hours a day, do not realize that such an amalgamation keeps us awake at night. That it can haunt us in our dreams. We can be comparable to an athlete, trying to break their own records every time they compete in their sport.

Through mental strength and mental resilience, there will come the time where us perfectionists won’t have to recut a line with scissors because it wasn’t straight the first time. Or the second. Or the third.

There’s Nothing Wrong With Being A Little Bougie Sometimes